TransCanada has officially filed for government approval for the $12 billion Energy East pipeline project with the National Energy Board. 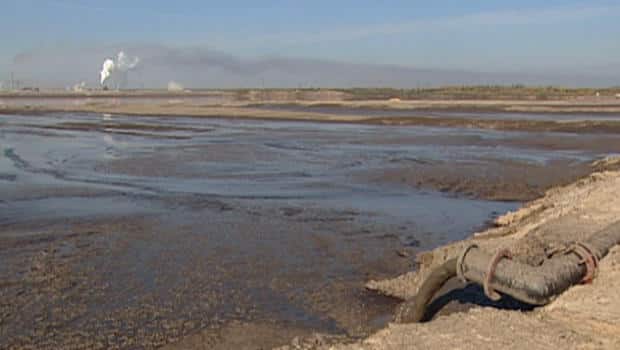 6 years agoVideo
2:26
TransCanada has taken a first step towards putting in a pipeline to carry crude from Alberta to the east coast 2:26

TransCanada has officially filed for government approval for the $12 billion Energy East pipeline project with the National Energy Board.

The company has submitted a formal application for the project, which would carry 1.1 million barrels per day of crude oil from Alberta eastward to refineries on Canada's East Coast.

At a press conference at 10:30 a.m. eastern time, numerous company officials and other backers of the project were on hand to lay out why the proposal makes sense.

"Our application outlines how Energy East will be built and operated in a safe and environmentally responsible manner, while generating significant benefits for all Canadians," TransCanada president and CEO Russ Girling said.

The company says it has filed 30,000 pages worth of documents outlining the project which, if completed, will take oil for more than 4,600 kilometres across six Canadian provinces.

Currently, most Canadian oil heads south via various routes for refining and export through U.S. ports. The idea for Energy East is to take Alberta oil to terminals planned for Quebec and New Brunswick, enabling shipments to Europe, India and other destinations while not relying on American infrastructure.

About two-thirds of the pipeline is already essentially in place — the project would involve expanding and extending a series of existing pipelines.

Backers of the project say it will create jobs and economic growth while cementing Canada's status as an energy independent oil superpower. TransCanada claims the project will directly or indirectly create 14,000 jobs, and help create $36 billion worth of economic activity.

But like other superpipelines, including Kinder Morgan, Northern Gateway and TransCanada's own Keystone XL, the project faces opposition from local environmental and native groups who say any such project is an environmental accident waiting to happen.

Others have criticized the project on an economic level, noting that the plan makes less sense with oil hovering at around $80 a barrel — and critics note that repurposing natural gas pipelines into oil pipelines could lead to shortages of gas in Atlantic Canada.

But the company says it's planning to build an additional 250 kilometres of natural-gas pipeline in the region anyway, to more than offset any lost pipeline capacity.

There were a half-dozen local mayors on hand behind the company on Monday, as well as statements of support from numerous industry leaders. That was no accident, and a sign that the company has learned from past mistakes in terms of how to sell its complex pipeline proposals to the Canadian public, Warren Mabee, director of the Institute for Energy and Environmental Policy at Queen's University said in an interview.

"It's not so much about getting a stamp of approval," he said. "It's about engaging people in the actual decision making process, not bringing them in at the end of the day and saying 'This is what we're doing, what do you think'?"

"They're on the right track in terms of building up consensus," Mabee said. "As a whole you've got probably enough political will to push this through."