After her toaster oven caught fire, Ontario woman was told by Whirlpool to take it up with a company in China | CBC News Loaded
Business·GO PUBLIC

After her toaster oven caught fire, Ontario woman was told by Whirlpool to take it up with a company in China

The toaster oven had the KitchenAid name on it, but when it burst into flames causing hundreds of dollars in damage to an Ontario women's home, the appliance maker told her she'd have to go after a third-party company she'd never heard of — in China — for compensation.

When Valerie Hammond's countertop oven burst into flames, causing hundreds of dollars in damage to her kitchen, she figured the cost would be covered since the KitchenAid appliance was from a big company she trusted.

Whirlpool, which owns KitchenAid, replaced the oven, as required by the warranty.

But things got complicated when she asked for $600 to cover the smoke and fire damage. Whirlpool refused, telling Hammond she'd have to go after a third-party company she'd never heard of — located in China — that owns the factory that manufactured the appliance.

"I was absolutely shocked. I said, 'I don't understand … it doesn't say Elec-Tech [International] on it, it said KitchenAid … You're telling me you can wash your hands of it?'" the Kitchener, Ont., woman told Go Public.

Hammond's problems started in October 2018 when her compact oven went up in flames while she was cooking a small roast.

"I went upstairs to the linen cupboard to get a couple of tea towels and smelled what wasn't meat. It smelled like metal," she said.

"Seconds later, the smoke alarms went off and I came running downstairs. The kitchen was full of thick, dense smoke and there were flames shooting out of the control panel of the oven."

The 68-year-old called and emailed Whirlpool dozens of times over more than six months but got nowhere on her claim for the damage.

Her oven was "not a Whirlpool product," a company representative told her via email, so Whirlpool wasn't liable for the damage. She was referred to Elec-Tech International.

Hammond says she tried contacting the company in China using the phone number Whirlpool provided. Her calls would ring through but no one would ever pick up. Her emails also went unanswered.

"I was so frustrated with Whirlpool and didn't know what else to do … This was a David-and-Goliath fight because they weren't going to listen to me," she said.

She says she won't use the replacement after the company wouldn't tell her what caused the fire.

"Basically it's a paperweight," she said.

No recalls have been issued for that oven's make and model.

After hearing from Go Public, Whirlpool apologized, calling Hammond's experience "unacceptable" and saying it would be "appropriately addressed." It eventually paid Hammond $5,000 for the damage and her trouble.

LISTEN | Valerie Hammond tries to find out from Whirlpool what went wrong with her toaster oven: 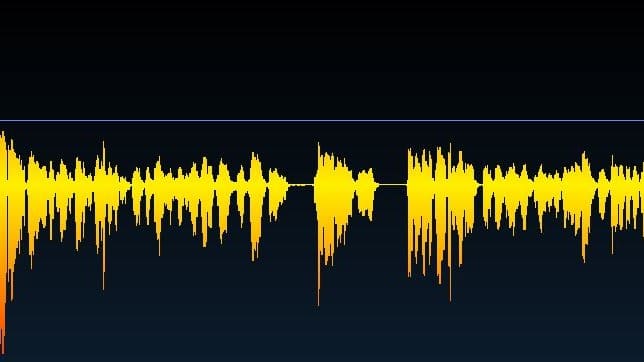 0:25LISTEN | (Edited) Whirlpool rep refuses to disclose cause of fire
When Valerie Hammond called Whirlpool asking about the cause of her toaster oven's fire, she was told it was 'confidential'

But consumer advocates say that a lot of Canadians are having similar problems — left on their own to deal with sometimes unco-operative companies when something goes wrong after finding government agencies set up to protect consumers are often difficult to access or ineffective.

Hammond is one of many frustrated Canadians who don't know where to turn for help or have little faith in the federal, provincial or private agencies set up to protect consumers when companies refuse to take responsibility for damage caused by goods, says Ken Whitehurst, executive director of the Consumers Council of Canada, a non-profit organization that advocates for consumer rights.

"It really pays to really consider who you're buying from. Don't just be dazzled by brand names," he said.

There is provincial consumer protection legislation that is intended to protect consumers like Hammond, but most consumer protection agencies don't offer help enforcing those laws in cases where damage was done by appliances, leaving consumers to take on big companies in court on their own if they want compensation, Whitehurst says.

"There are some retailers and some manufacturers who are prepared to play a game with it, to see what they can get away with."

In Hammond's case, the Ontario Ministry of Government and Consumer Services told Go Public, the "legal responsibility when a product causes damage to property is not one that the ministry can address. It is suggested that the consumer consider seeking legal advice about this matter."

Many provinces say the same thing. For example, consumer protection agencies under the governments in B.C. and Alberta say they don't deal with compensation for damage done by appliances, and that those kinds of disputes often end up in court.

But Robert Hawkes, a lawyer specializing in commercial litigation, says those who do go to court need to know they are protected beyond what's in the warranties that come with appliances. He says while consumer laws differ slightly across the country, they all include an implied warranty that goes beyond the one that's issued by the manufacturer or retailer.

"So there is the warranty from the company but then there is how that interacts with the consumer protection acts … She's [Hammond] not just limited to getting the new toaster oven. If there was damage to her house that was caused when the toaster oven exploded, then she can claim that against KitchenAid."

No faith in the system

A recent survey found about 68 per cent of the 2,000 respondents said it was difficult to find the appropriate government or self-regulatory agency to file complaints about goods and services they felt were misrepresented, unhealthy or unsafe.

The survey — conducted by Environics Research for the Consumers Council of Canada — also found that consumers see government complaint handlers as, "only marginally effective" and have low confidence they can effectively deal with complaints.

What's needed, Whitehurst says, is a better way to protect consumers: a single, national organization that goes to bat for people fighting big companies,​​​ and would track recurring problems so they can be identified and addressed — like the "super-complaints" system established in the U.K. in 2002.

Public funding for that organization, he says, would also mean consumers could get support in resolving complaints.

In their most recent campaign platform, the Liberals admitted the current consumer protection systems are "confusing" and have "disjointed rules, making it difficult to resolve" problems.

The party promised to put a consumer advocate in place: an independent, single point of contact for consumers with complaints related to banking, telecom or transportation — but not appliances.

Innovation, Science and Economic Development Canada is the department in charge of making that happen. In a statement, the department said it's working with the federal departments for those three areas to figure out the "mandate and scope of responsibilities" for the advocate.

Asked if the advocate's scope will be expanded to cover other areas, the department said it recognizes the "opportunity exists."

Hammond says she contacted Go Public out of frustration — with the appliance company and with the government agencies set up to protect consumers.

After hearing from Go Public, Whirlpool Canada negotiated compensation with Hammond. In the end, it paid her $5,000, more than eight times what she asked before going public.

She says she played hardball with them, because she wanted to make a point that the company would have had to pay less if it had taken her concerns seriously in the first place.

The company says it paid that amount because it wanted to "do the right thing" after not meeting Hammond's expectations.

In its statement to Go Public, the company said customer safety is a top priority and its "appliances, like this countertop oven, are designed and tested to leading industry standards."

The company wouldn't say what caused the fire but says, after an initial investigation, it believes it was an isolated event, and has reported the incident to Health Canada as required by law.

Hammond says she's happy with the company's response and the compensation it offered, adding that she donated $1,000 of Whirlpool's money to the Hospital for Sick Children in Toronto.

With files from Jenn Blair and Ana Komnenic