All new Tesla Motors Inc. models will come with hardware to enable them to be fully self-driving, Chief Executive Elon Musk said Wednesday, as the Silicon Valley-based electric car company bids to be the first among many rivals to get autonomous vehicles on the road.

All new Tesla Motors Inc. models will come with hardware to enable them to be fully self-driving, CEO Elon Musk said Wednesday, as the Silicon Valley-based electric car company bids to be the first among many rivals to get autonomous vehicles on the road.

The company said its Model S and Model X electric cars are already being produced with the new hardware, which includes eight cameras, 12 updated sensors, and radar with faster processing.

The new hardware package will cost $8,000 US, Musk told reporters on a conference call. The software to enable fully autonomous operation is still being tested, he said.

Musk said he expects that by the end of 2017, a Tesla would be able to drive in full autonomous mode from Los Angeles to New York "without the need for a single touch" on the wheel.

When searching for parking, the car reads the signs to see if it is allowed to park there, which is why it skipped the disabled spot

When you want your car to return, tap Summon on your phone. It will eventually find you even if you are on the other side of the country

He has set ambitious deadlines for Tesla many times, only to see timetables slip. Rival automakers have said they expect to be able to field autonomous driving capability by 2019 or 2021.

Meanwhile, older Tesla vehicles without the additional cameras, sensors and upgraded processors will not be able to drive autonomously, although their software would continue to be improved, Musk said.

For a time, cars with the new hardware will have less capability to assist drivers with steering or braking than older models running Tesla's Autopilot technology, Musk said. By December, he said, he expects the newer models to reach parity with the older vehicles.

Musk said the software system is being built in-house and will run on an Nvidia Corp Titan chip.

It is unclear how Tesla's future autonomous driving system will be greeted by regulators. Musk said it will be twice as safe as a human driver. However, federal and state regulators in the U.S. are proposing new, more rigorous standards to control the development and deployment of such systems.

Edmunds Inc. analyst Jessica Caldwell questioned the value  of purchasing a self-driving car before regulations catch up, calling it a "vanity purchase" that cannot be used in the real world. 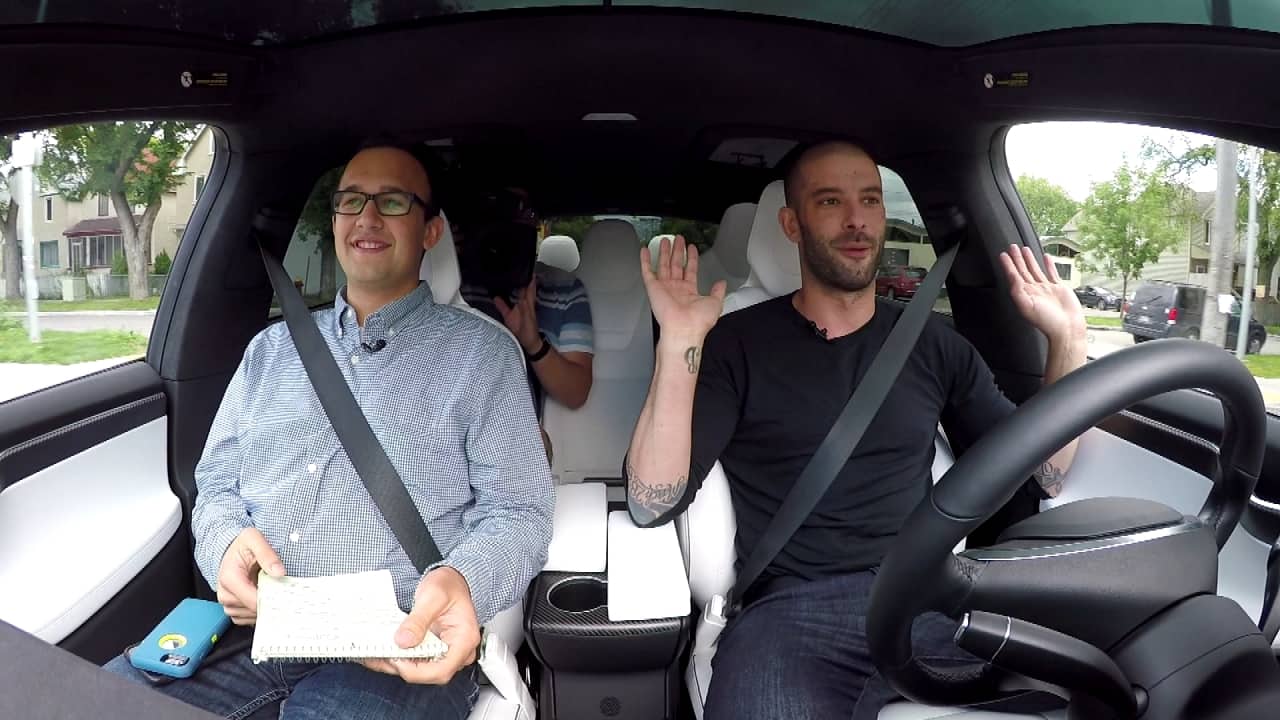 4 years agoVideo
2:59
Magician Darcy Oake takes the CBC's Riley Laychuk on a test drive of a Tesla Model X that has a self-driving feature. 2:59

Most notably, Tesla has chosen not to include Lidar laser-based sensors, a tool most other car makers believe is necessary for full autonomy.

Tesla's self-driving announcement is the latest in a series of efforts over the last few months by Musk to maintain investor interest in Tesla as its stock price has fallen. The company is expected to raise more cash from capital markets within the next 12 months.

Shares of the company, which closed on Wednesday at $203.56 US, have fallen 23 per cent since an April high, as the company has suffered a difficult few months.

The death in May of a Tesla driver using the company's Autopilot system, which prompted an investigation by safety regulators, and the decision to acquire money-losing rooftop solar developer SolarCity Corp, have increased scrutiny on Tesla's financial and regulatory challenges.