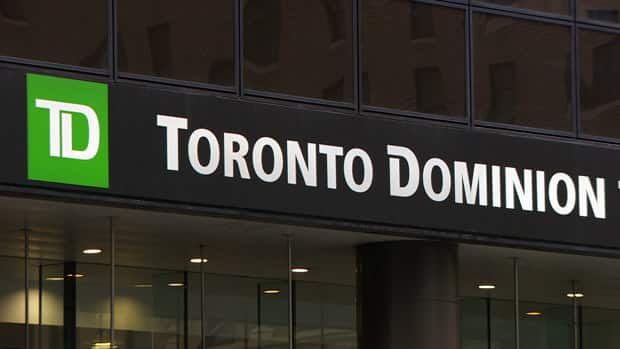 4 years ago
2:21
CBC's Jacqueline Hansen has more on allegations over the bank's sales tactics 2:21

TD Bank says it is reviewing "all of the concerns raised" by recent CBC News stories that revealed unscrupulous sales tactics by front-line bank employees.

"TD is in the trust business. We know we must earn our customers' trust before we earn their business," said TD CEO Bharat Masrani in a release issued late Sunday.

The bank is on the defensive after two reports from CBC's Go Public team last week.

In the first, three TD employees spoke out about feeling "incredible pressure" to meet "unrealistic" sales targets by signing customers up for unnecessary financial products.

After that story, hundreds of current and former TD employees wrote to Go Public to share their experiences. The second story described how some of those employees felt they had to break the law to meet sales targets and keep their jobs. Some TD workers said the stressful work environment led to psychological problems like anxiety and depression.

TD said the bank has "procedures in place designed to monitor sales practices and to detect issues should they arise," including a system for tracking customer complaints.

"For the 12-month period ended Jan. 31, 2017, of the many interactions with our millions of Canadian personal banking customers, we received only a few hundred such complaints related to sales practices compliance. These were investigated and handled in accordance with our procedures," said the press release.

"We take the feedback we have received in this area very seriously. We will review all of the concerns raised and we are committed to doing the right thing." 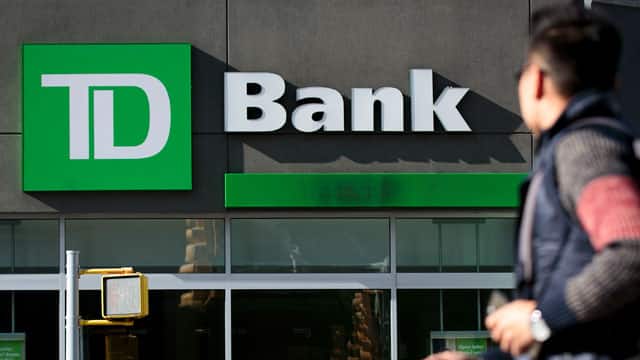 4 years ago
2:28
Some TD Bank employees told CBC News they may have broken the law at their customers' expense because of the incredible pressure to sell. 2:28

TD's Canadian share price rebounded by 1.45 per cent as of market close Monday. TD shares suffered their worst day since 2009 on Friday, closing down more than 5.5 per cent.

"While this story is still unfolding, the inevitable comparison is to the situation faced by Wells Fargo," wrote National Bank Financial analyst Gabriel Dechaine in a note to clients on Sunday.

Wells Fargo was fined $185 million US and fired thousands of employees after it was revealed that the bank was creating millions of fake accounts on behalf of unsuspecting customers.

The comparison between TD and Wells Fargo is "a stretch," wrote BMO Capital markets stock analyst Sohrab Movahedi in a note to clients on Monday.

"We are inclined to put this situation in the 'concerned but not panicked' category for now," wrote Movahedi. "The market's rush to judgment, while understandable, may have been an over-reaction."

U.S.-based Rosen Law Firm announced Friday that it was preparing a class-action lawsuit on behalf of TD Bank investors who suffered losses amid Friday's share slump.

'A warning to the other major banks'

Customer trust is paramount in the banking industry, said Ian Lee, associate professor with the Sprott School of Business at Carleton University. To restore that trust, Lee said, TD should launch an independent investigation to determine whether the sales practices uncovered by CBC were systemic in nature, or whether they violated the bank's own rules.

"And then they've got to say that, 'Look, we're going to fix this, no matter what, and no matter the cost,'" said Lee.

The Ombudsman for Banking Services and Investments, a third-party organization that solves disputes between banks, investment firms and their customers, says consumers should know they can make complaints to their banks. They can also contact external complaint bodies, including OBSI and the Financial Consumer Agency of Canada.

"These allegations raise serious concerns. While we have seen a general increase in banking complaints over the past few years, they have not related specifically to the sales practices being described," Sarah Bradley, ombudsman and CEO of OBSI said in an email to CBC News. "If a consumer has experienced unauthorized transactions or has similar concerns, they should file a complaint with their financial institution."

But in the long run, any damage to TD could be just "a blip," according to McMaster University marketing professor Marvin Ryder.

"The reputational damage for TD is going to be relatively slight if they can get out ahead of this," Ryder told CBC News on Friday.

"If they do, in the long term this is just going to be a blip, this will just be a little spot on the record and in two or three months once they get ahead of the story it'll be all forgotten," said Ryder.

"But I'll also say that today's story is a warning to the other major banks."