Super Bowl commercials: the touchdowns and the letdowns

The Eagles and the Patriots were equally matched in a game that went down to the wire, but the commercials ranged from "appalling" to "everything a Super Bowl ad is supposed to do." Which spots scored during the big game's broadcast and beyond?

Only one team wins the Super Bowl, but several advertisers scored wins with their commercials in the big game, say experts who analyze the ads.

"Amazon's spot did everything a Super Bowl spot is supposed to do," said Tim Calkins of the Kellogg School of Management at Northwestern University in Evanston, Ill.

"The branding was really strong, it quickly got your attention, you know what the ad was for," Calkins said. "And on top of that it highlighted the functionality of Alexa."

Amazon's ad was crowned the game's winner by Calkins, his colleague Derek Rucker and a panel of business students at Northwestern taking part in the annual Kellogg Super Bowl Ad Review.

While Bezos and his team at Amazon celebrate their win, executives at Fiat Chrysler are trying to quell a controversy thanks to one of their commercials promoting the Dodge Ram truck line.

The spot called "Built to Serve" is being attacked as the loser of the big game by many furious social media users.  It used a Martin Luther King speech in which King expresses that to serve is the highest honour of life.

For Canada's best known copywriter and ad expert, Terry O'Reilly, the ad is, in a word, "appalling."

It's "tone deaf even if the speech was in the public domain, or even if approval was given — and the family said it wasn't — it's still sacred ground," he said.

It's also another example of the social media backlash that can come back to bite advertisers wanting to cash in on a platform with the incredible power of the Super Bowl. 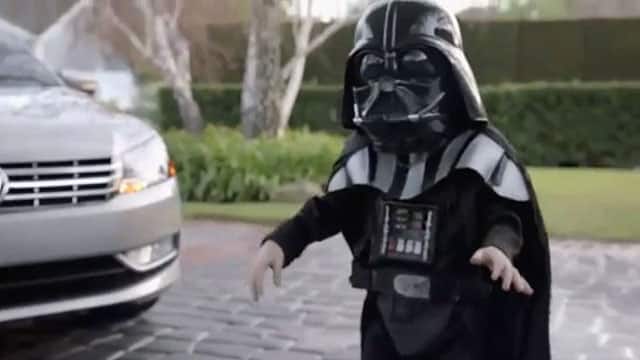 Super Bowl ads: What makes a good one?

3 years ago
7:14
Super Bowl ads: A commercial slot costs millions, but how to advertisers know what will be a success and avoid what will fall flat? 7:14

Dodge actually did not score badly on the Kellogg ad review because all three of its ads were combined to calculate the company's score.

The Kellogg event is a different sort of Super Bowl party, with 60 students in an airy school atrium watching the game on projection screens, furiously scoring the ads based on six criteria and giving each spot a letter grade ranging from A to F.

Other top ads selected by the Kellogg School were:

This Avocados From Mexico spot:

"Tide had a very creative media strategy, a very creative concept and they also invested a ton of money," he said. The laundry soap from product giant Proctor & Gamble had five ads, in which other products and brand characters like Mr. Clean and the Old Spice man played a role.

"They clearly used a lot of other Proctor & Gamble brands to help tell the story," he said, and that it was a case of "the parent company leveraging its portfolio of brands to deliver a message."

The panel of business students also pegged two ads as big losers in the big game.

This ad from Square Space featuring an inspirational message and Keanu Reeves:

And this ad from T-Mobile featuring an inspirational message and babies:

There was also a three-way scrap between wireless carriers running through the game. It started with Sprint slamming Verizon, which took a non-competitive approach with two ads focusing on the reliability of its network, tying it to lives saved by first responders. T-Mobile, known for strong ads in recent years, delivered a spot in which it wasn't clear what that ad was for until the very end.

"This is a stumble for T-Mobile for sure," Calkins said.

A number of companies evaluate the impact of advertising and sell their insights to ad agencies and advertisers. Two such firms assessing this year's Super Bowl ads are Unruly and Ace Metrix.

California-based Ace Metrix has been analyzing Super Bowl ads since 2010, and shows ads to a group of 500 people representative of the U.S. population. Susie Graham, a vice-president at the company, said its methodology is designed "to reveal viewers' gut reactions to the ads" through questions about the ad's likeability and whether they intend to buy the product, as well as open-ended queries.

"We were expecting to see a theme of greater inclusiveness and things we can all agree on in the ads for this year's game," said Graham. "And that came from both Pepsi with "a Pepsi for every generation" ad and Coke with its "a Coke for everyone" as well as Kraft's ad showing different kinds of families."

Ace Metrix's Super Bowl ad analysis will be complete by Tuesday, but the company has early results on many ads, including Toyota's.

Toyota ran three ads in Super Bowl LII, all of them blending the themes of inclusiveness and inspiration.

One of the ads, called "One Team," focused on religion. Ace Metrix test results show the ad's "polarity score" wasn't good: while many people liked the ad, many others did not.

It scored only mid-range marks as well on attention and likeability.

By contrast, as of midnight Sunday, the Toyota ad "Good Odds" was sitting as Ace Metrix's highest scoring ad of the game. It recreates the life of the Canadian Paralympic skier Lauren Woolstencroft.

The company Unruly gives ads emotional quotient, or EQ, scores. On Monday, Unruly will put the 10 ads most widely shared on social media through tests with 500 consumers. Unruly's U.S. president Steve Sottile said their process "really digs into authenticity of the messaging and creative as it relates to the brand, what emotions do the ads elicit and what is the intensity of those emotions, as well as engagement and purchase intent."

Every Unruly test subject views the ads in front of a web cam so facial expressions can be recorded and assessed on top of the survey questions. The company releases initial results within 48 hours of the game, and a final report in a few weeks.

While the Ram commercial certainly got his attention, O'Reilly says overall there wasn't "an earth-shattering, standout commercial" in Super Bowl LII.

The creator of the CBC radio show Under the Influence dedicated a program to Super Bowl ad history called Judgment Day.

Though he was critical of how Chrysler used a civil rights hero to sell trucks, he felt Toyota actually succeeded in using religious leaders to present a message of equality and inclusiveness with its "One Team" ad.

"The commercial where the rabbi picks up the priest, the imam and the Buddhist monk in his Toyota truck to go the game was funny," O'Reilly said. "Religion is always a touchy subject in advertising", he explained "but it was well done." 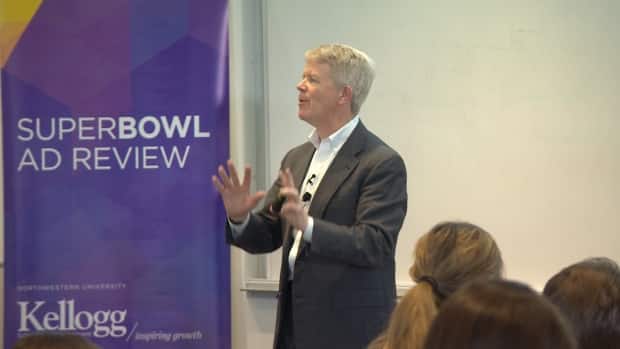 3 years ago
4:42
Worst Super Bowl commercials: What went wrong? This marketing professor says if advertisers want a successful commercial during the big game, they need to respect three things: animals, children and other cultures. 4:42