Statoil's newly discovered N.L. oilfield among the biggest in years

A Norwegian energy firm is estimating that an untapped oilfield off Canada's east coast contains between 300 and 600 million barrels of recoverable oil, making it one of the biggest discoveries in recent years. 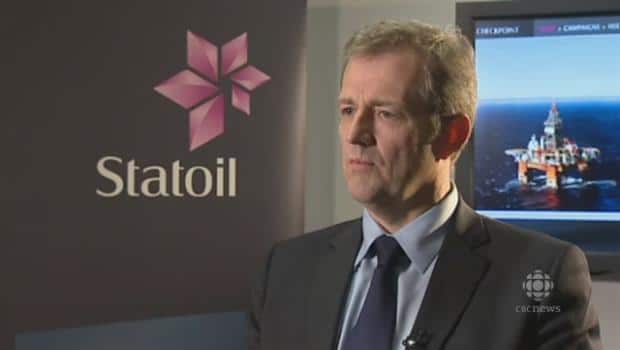 A Norwegian energy firm is estimating that an untapped oilfield off Canada's east coast contains between 300 and 600 million barrels of recoverable oil, making it one of the biggest discoveries in recent years.

"We believe this has the potential to open a new region offshore," Bard Glad Pedersen, director of communications for Statoil, said in a telephone interview Thursday.

"We will be working with our partners and authorities to enable a positive development for the companies and the region."

Calgary-based Husky Energy, another major producer in Newfoundland's current offshore oilfields, is Statoil's partner in the area, with a 35 per cent working interest in three discoveries.

"Together, these discoveries confirm significant opportunity in the Flemish Pass Basin and could be developed in tandem," Husky said in a statement Thursday.

"Husky and Statoil will continue to evaluate the potential for commercial development of the discovered resources. The companies will conduct further drilling in the area to evaluate other opportunities."

Statoil made the discovery in August in the Bay du Nord area while drilling in depths of about 1,100 metres of water about 500 kilometres northeast of St. John's, N.L.

Pedersen said the exploration well in the Flemish Pass Basin in the North Atlantic is the 12th-largest oil discovery in the world in the past four years.

However, the company is also cautioning that more work is required before it can say a project is going ahead.

"This will involve new seismic as well as additional exploration and appraisal drilling to confirm these estimates before the partnership can decide on an optimal development solution in this frontier basin."

The Mizzen discovery is estimated to hold a total of 100-200 million barrels of recoverable oil and the Harpoon discovery, announced in June, is still under evaluation, and volumes have not yet been confirmed.

The Harpoon discovery is about 10 kilometres away from Bay du Nord.