Many Canadians who got deals on U.S. homes when the loonie was high are now rushing to sell them to cash in on a double bonus: rising U.S. house prices and the tanking loonie.

A weak loonie and rising U.S. home prices amount to a double windfall for Canadian sellers 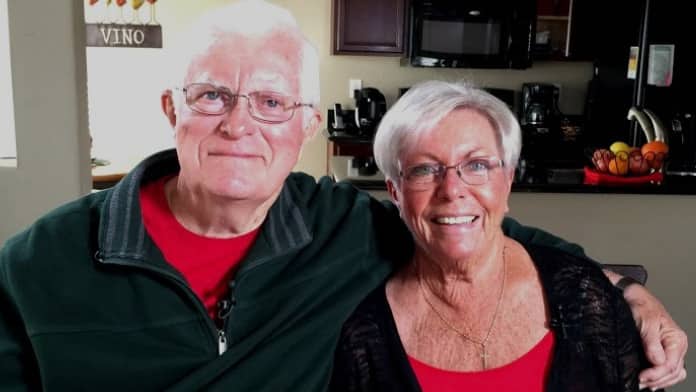 5 years agoVideo
2:21
With the dollar low, Canadians who bought property during the U.S. housing crisis are seeing a perfect opportunity to sell 2:21

Greg Barrett and his wife, Erina, wouldn't call themselves savvy investors. But the snowbirds have just made a killing in the U.S. real estate market.

They join a growing number of Canadians who bought U.S. homes for cheap and are now selling them to take advantage of rising U.S. house prices and a tanking loonie. Even with added costs such as a possible capital gains tax, many Canadians are still coming out far ahead.

​"It just worked out for us and we're blessed," says Barrett, a 75-year-old retired social worker.

In 2010, the loonie was virtually at par and the U.S. housing market had crashed when the Winnipeg couple bought an Arizona home to escape Canadian winters.

"It was a fabulous deal," says Barrett from their three-bedroom bungalow in San Tan Valley near Phoenix.

Recently, he and his 73-year-old wife contemplated selling to lighten the burden as they age. When they crunched the numbers, they couldn't resist taking the plunge.

Thanks to the rebounding U.S. real estate market, they have just sold their Arizona home for 65 per cent more than what they originally paid.

Add the exchange rate with the loonie hovering around 71 cents US, and you could say the couple hit the jackpot.

"In Canadian terms, it's double the boost," says Barrett. "I'm walking on sunshine, and don't it feel good," he adds, quoting a favourite pop song.

"They are just saying, 'It's such an awesome and great opportunity.' They were not counting on the foreign exchange going to where it is," says the agent, who specializes in Canadian clients.

Olson says she has 29 Canadian-owned Arizona homes either on the market or about to be listed.

"I am zooming, zooming, it's crazy!" she says while driving on a Phoenix freeway, heading to her fourth meeting that day with a Canadian client.

From buying frenzy to selling spree

It's a reversal from 2010, when the loonie was around par. In 2011, it would hit $1.05 US. At the same time, U.S. real estate prices had taken a dive, triggered by the 2008 subprime mortgage scandal and financial crisis.

So Canadians — from snowbirds to investors — swooped into hotspots like Arizona and Florida to grab a piece of sunny real estate for a steal.

According to the American National Association of Realtors survey, for the year ending in March 2007, Canadians accounted for 11 per cent of U.S. home sales to international clients. But as the loonie climbed, so did Canadian deals.

Fast forward to 2016. Thanks to a strengthening economy, U.S. house prices have shot up 30 to 50 per cent, says BMO economist Robert Kavcic.

Add the loonie's recent decline, and some Canadian sellers of U.S. homes are making big profits, even after any tax hits. "They have made out like bandits," says Kavcic.

In Florida, Brent Leathwood is also seeing a surge of Canadians cashing out. The real estate agent says that when the loonie was stronger — from 2009 to 2013 — virtually all his Canadian clients wanted to buy.

Now, he says, about 80 per cent of them want to sell their homes in the Sunshine State.

"They're making a pile of money, some of these people," he says.

But Leathwood adds it's not just big profits that are encouraging people to sell.

He says there's a high price to pay these days when hanging on to U.S. property. Suddenly everything from American property taxes to electricity bills have become more expensive.

"A lot of these people are feeling squeezed by the ongoing monthly costs of maintaining a residence as the exchange rate continues to go against them," says Leathwood.

Both he and Olson expect the selling frenzy to continue as long as the loonie stays low.

"There's going to be a wave of money going back to Canada," says Leathwood.

The Barretts plan to keep some of their money parked down south.

They still want to spend their winters in Arizona, but from now on, they'll rent — with a lot less responsibility and a lot more cash.