The death of the small car? Automakers pivot toward trucks and SUVs

Auto sales figures for April confirmed a trend that's been years in the making: consumers are losing interest in small cars, and so are some of the companies that make them.

Trucks, vans and SUVs now outselling smaller vehicles by 2-to-1 margin in Canada

Auto sales figures for April confirmed a trend that's been years in the making: consumers are losing interest in small cars, and so are some of the companies that make them.

Ford made headlines last week when the iconic automaker said it would stop making and selling virtually all types of cars in North America by 2022, and instead focus on light trucks, vans and sport utility vehicles. Eventually, the muscle car Mustang will be the only Ford car that Canadian consumers will be able to buy new.

The move isn't an example of the company trying to push customers in a new direction. Rather, it was a response to decisions consumers are already making.

"We are focusing our efforts on vehicles customers prefer," the company told CBC News in a statement.

The numbers illustrating those preferences are eye-popping.

In 1990, car companies sold more than two cars for every truck, van or SUV they moved off the lot. Over the next 20 years that gap narrowed, but sedans and coupes were still the preferred vehicle type even up to the 2008 financial crisis.

Canadians bought more than 850,000 larger vehicles that year, compared to just over 700,000 cars, according to data on new car sales from automotive consultant Dennis DesRosiers. That year marked the first time the car's primacy had been challenged. And each year since, the gap has widened. Last year, Canadians bought two trucks for every car sold in the country.

"I don't think it's the death of the car," automotive journalist Petrina Gentile said in an interview with CBC News, "but I think you will see a lot less choices when it comes to cars and hatchbacks."

"And you'll certainly see an explosion of SUVs and trucks coming to the marketplace."

Ford isn't the only company moving in this direction — it's not even first.

Fiat Chrysler Automobiles announced all the way back in 2016 that it would kill off car models like the Dodge Dart and Chrysler 200, switching production lines to make SUVs and trucks instead. 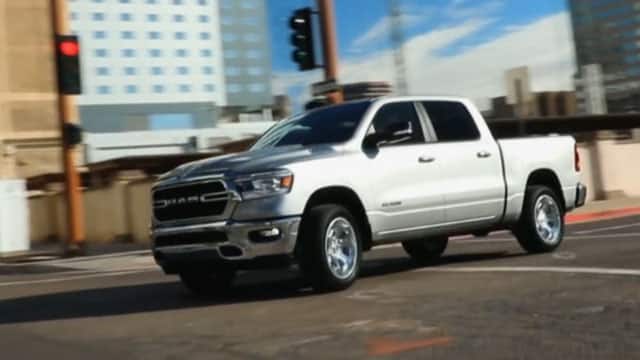 3 years ago
2:07
Jacqueline Hansen looks at how shifting consumer taste in vehicles is leading to production changes in the auto industry 2:07

"These vehicles are cars that weren't making money," Gentile said, which is why FCA shifted gears to where the sales were.

Monthly sales numbers since then show the gamble paid off. FCA Canada announced Wednesday that sales for the Pacifica minivan increased by 16 per cent last month. The Dodge Caravan was up by a little more, while the even larger Durango saw sales spike by more than 50 per cent.

Overall, however, Chrysler's total sales in Canada fell by 16 per cent, as sales of just about every small vehicle they make were lower.

GM still sells a suite of smaller vehicles in Canada, but it, too, is pivoting toward biggest trucks and SUVs. Sales of the Chevrolet Traverse SUV have doubled in the past year, GM said Tuesday, and those of the Colorado truck are up by almost a third.

The move away from smaller cars isn't just a North American phenomenon. Scotiabank economist Carlos Gomes follows the automotive sector, and said until recently many analysts weren't even tracking larger vehicle sales in China. But that's no longer the case, as SUV and truck sales are growing exponentially there, too.

"It had been a North American development," Gomes said in an interview, "but it's now a global phenomenon."

And it's all happening against the backdrop of higher gas prices worldwide. Sales of larger vehicles may have gotten a shot in the arm after the oil price plunge that started in 2014 pushed pump prices down to multi year lows. But with oil nearing $70 US a barrel again, gas prices are moving higher in Canada, and will likely stay up for a while.

Motorists in Vancouver this week were filling up for the eye-watering price of $1.60 a litre, the highest level in 20 years. Experts say even higher pump prices are possible in the near future.

One might imagine that expensive gas like that would spur sales of smaller, lighter cars, but Gomes said that isn't necessarily the case. Pump prices are always a factor in purchasing decisions, but the reality is that large cars today are far more fuel efficient than many people think they are.

"A decade and a half ago when you had massive gas guzzling SUVs and oil prices spiked, that was the death of the SUV," he said. "But that's not happening this time."

"People who have the option, they might take the bus a few times or make their next vehicle purchase a little more efficient, but it doesn't really make a huge difference," he said in an interview this week.

Axsen thinks gasoline prices would need to hit $4 or $5 a litre before it made a real impact in vehicle purchasing decisions.

Gentile, the automotive journalist, said a higher gas price is just one of the additional costs that come with larger vehicles.

One of the reasons car companies are moving toward bigger vehicles is because they're more profitable to make and sell. So drivers may be willing to pay $80 or $100 per fill-up for the comfort and convenience, but they are also paying more for the vehicles in the first place.

But there's a cost for the car companies, too. By handing over the keys to small, out-of-favour cars to rivals, U.S. automakers are vulnerable if consumer tastes change.

"There's a bit of risk," Gentile said, "in terms of putting all their money into the SUVs and trucks." But for now, at least, it's a risk a growing number of automakers are eager to take.

With files from the CBC's Jacqueline Hansen