Even after decades of research the reasons for historic market swings remain in dispute. Simple explanations for current market moves offer false confidence that so-called experts have it all figured out.

In volatile times, instant insight needs to be taken with a grain of salt

At the beginning of last week, some Canadians managing their retirement nest eggs may have thought the market crash caused by the COVID-19 pandemic was pretty well over.

As markets recovered, those who bought stocks a few weeks ago were likely patting themselves on the back for having bought at the bottom. Those who were still waiting were kicking themselves for having waited too long.

But suddenly, just as U.S. President Donald Trump was celebrating the "tremendous progress being made" as stock markets climbed to new heights, the worm turned.

Business headlines on Thursday and Friday morning that had only days before been euphoric, stating logical reasons why markets were back on track, suddenly offered an explanation for the sudden drop, quoting credible market analysts.

The main explanation for "their worst sell-off since markets crashed in March" as the CBC's own story described it, was a new realization that the pandemic was not over and its economic effects would be more long-lasting. Many headlines, and the market experts the stories quoted, blamed U.S. Federal Reserve chair Jerome Powell's long-term gloom revealed in his Wednesday news conference.

"The Fed keeping rates steady through 2022 could give investors the impression that the Fed may be more concerned about the pace of economic recovery than originally anticipated," Joseph Sroka, chief investment officer at NovaPoint in Atlanta told Reuters on Thursday.

In an age of instant online news, the head-spinning nature of offering confident explanations for a market rise one day followed by equally bold reasons for a sharp decline the next can be disorienting.

After my column on the morning of Thursday, June 11 with a headline that began "As markets soar…" written the night before when the Nasdaq had hit a new record, a correspondent wrote to scold me for being behind the times as markets were falling. But almost before the correspondent's electronic ink was dry, markets were on the way up again in a Friday morning rally.

I see an old fashioned newspaper every morning and often feel empathy for print headline writers who are so confidently behind the times.

In science and mathematics there is a well known concept often called "false precision" which occurs when you try to make micro measurements with a beaker graded in millilitres or when you carry many decimal places in an answer derived from round numbers.

Something similar happens in financial news when reporters feel they must offer a succinct and simple explanation for something as complex and unknowable as a market with many participants.

Better financial news articles are usually far more nuanced than the headlines, often including knowledgeable commentary that directly contradicts the premise at the top of the story.

"Equities are selling off despite the Fed, not because of the Fed," London-based market analyst Paul O'Connor told the Financial Times in their Thursday front page story.

If newspapers wanted to be entirely honest, the most accurate headline might say something like "Markets plunge by 4 per cent and while we are not really sure why, analysts have offered several explanations, many of which conflict."

Support for that sort of headline is available if we look at famous market crashes in history such as that of October 1929. Historical crashes are analyzed not just in the minutes before writing a headline, but for decades after — and the causes are  still disputed.

"There was no reason for expecting disaster," wrote Canadian economist John Kenneth Galbraith in his famous analysis written two decades after the Great Depression. "A depression, serious or otherwise, could not be foreseen when the market fell."

The reasons for sudden market shifts remain mysterious today. A modern factor is the volatility of trading by algorithms, computers that respond not necessarily to news but to instantly-emerging trends, magnifying them with short term trades, jumping out of falling markets and into rising ones.

Certainly some triggers, the outbreak of a war, a new disease, a surprise change in oil pricing are things that many market traders can agree upon for causing rapid shifts. But even then, the result can be quite different depending on whether a market is seen balancing at a nervous top awaiting correction or confidently climbing from a low.

In the past, bad economic news, blamed for Thursday's decline, has had a counterintuitive effect on markets as gloom reassures traders that low interest rates will remain in place. 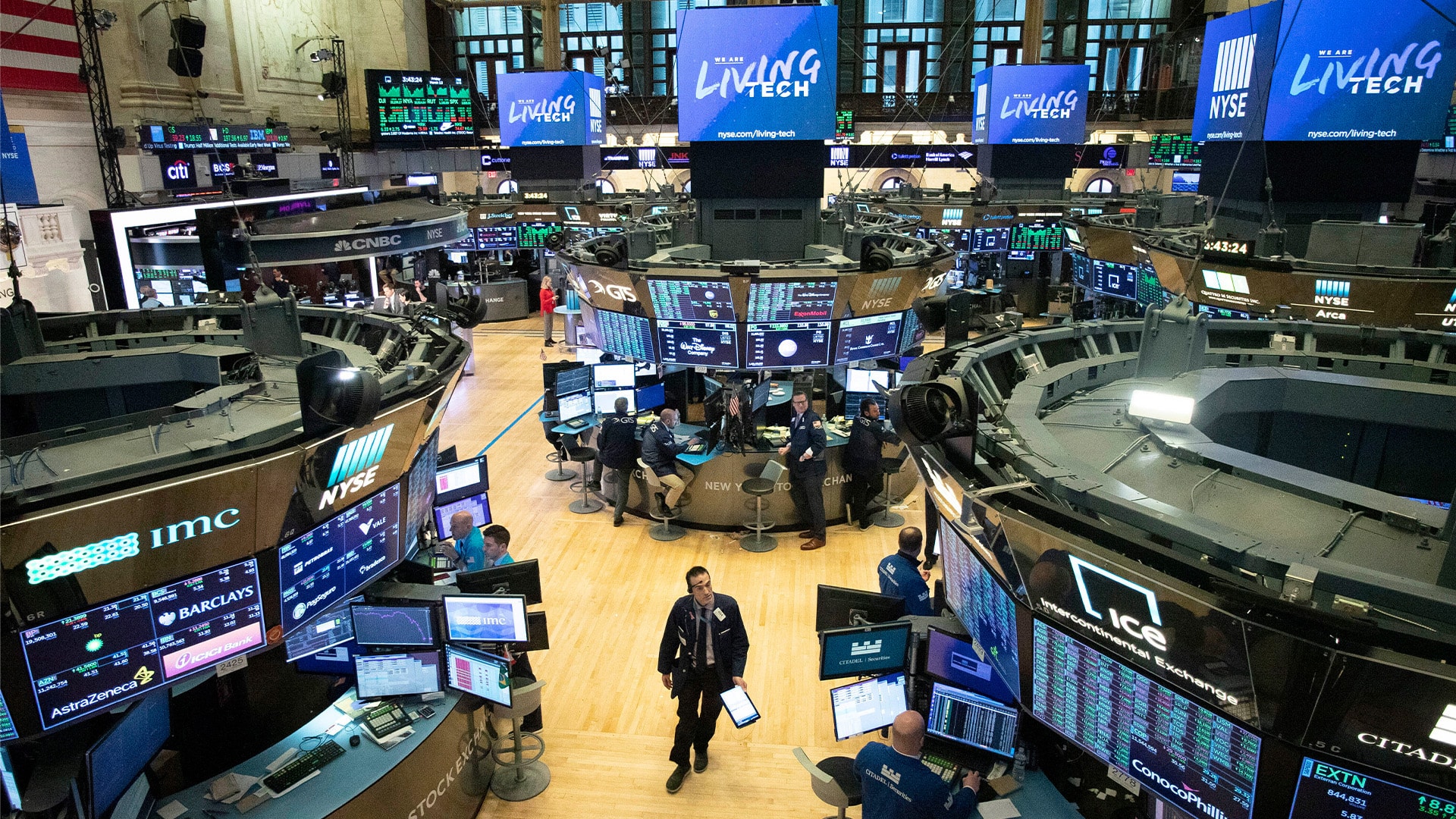 9 months agoVideo
1:59
in an attempt to steady the markets after stocks plummeted over coronavirus fears, the U.S. Federal Reserve cut interest rates to the lowest it's been since 2015.    1:59

The random walk theory of markets says that day-to-day asset prices are in many ways unpredictable and the only true source of market intelligence is what markets finally do. Of course that is almost as unsatisfying as the "we're not really sure" headline proposed above.

The one fact that proves the untrustworthiness of simple explanations that seem so clear and evident in retrospect is that they were not offered as a warning the day before. In 2014, when oil prices began their crash from near $100 to less than $30, the obviousness of the retrospective reasons why were belied by the fact that even well-funded research departments failed to protect their investors from the plunge.

While many of us may prefer the reassurance of simple definitive reasons for why markets do what they do, true understanding of markets may require a periodic reminder that certainty is impossible — and experts don't have all the answers.