Two families say they are still missing their most valued possessions years after TD Canada Trust drilled open and emptied their safety deposit boxes. Experts say banks operate the boxes "as a side business" with no rules except those they set for themselves.

Boxes are largely unregulated, with few rules except those set by banks, experts say

If there's one thing Sheila Levy-Bencheton took for granted, it's that the safety deposit box her father rented from a big bank was secure. That's until her dad passed away in 2017 at age 103.

The Toronto woman went to TD Canada Trust to empty the box a few months later, and discovered the bank had already done it years ago — forcing it open by drilling the lock then emptying the contents.

The bank drilled open and emptied thousands of safety deposit boxes across the country in 2012 in an effort to get rid of those no longer being used or paid for. It says its policies require the contents to be set aside for safe keeping.

But Levy-Bencheton says she's still missing her family's most valued possessions and fighting for compensation.

And she's not the only one. Go Public also spoke to an Edmonton man who lost thousands of dollars' worth of irreplaceable 22-karat gold jewelry, who says the bank did the same thing to him.

"Once it is gone, it's gone," said Suraj Khatiwada.

Both he and Levy-Bencheton say they can't believe the bank would open the boxes and remove their possessions.

"The reason you have a safety deposit box is to specifically put things in a very safe place and not to be tampered with. This was clearly tampered with," Levy-Bencheton said.

Missing, she says, is her mother's diamond ring, an 18-karat gold watch bought in 1947, gold and silver coins and thousands of dollars in cash. Those are the items her father — still lucid in his older age — told her he'd stashed at the bank for safe keeping.

She's not sure exactly how much cash, but says her father kept it there because her parents were Holocaust survivors, so were always anxious about having easy access to money and valuables in case they needed to run.

"That's the kind of mentality they lived with," she said.

But instead of getting cash and jewelry, the bank handed Levy-Bencheton a pile of paperwork and receipts, a few silver dollar coins and an empty ring box, saying that's all that was in there.

Experts say banks operate safety deposit boxes as a side business, with few rules except those they set for themselves.

"It's called the safety deposit box, but really it's just a contract that has all sorts of provisions in it to protect the banks from liability," said Duff Conacher, co-founder of Democracy Watch, an advocacy group for corporate responsibility and law reform.

She asked for the bank's records showing who had accessed the box before it was drilled open, and for a copy of the registered letter the bank said it sent her father before opening it. The bank didn't have either, she says.

"It made me suspicious," Levy-Bencheton said. "God knows what happened there."

TD tells Go Public the family's box was opened by accident, as part of a "network wide reconciliation process" — one of the 16,000 boxes it drilled open in 2012 for reasons including overdue rent, lost keys or where "required by law."

The bank says it has one million boxes across the country and the need to drill them open is rare.

Levy-Bencheton fought for more than a year to get any compensation.

At first, a bank manager told her the box never existed, but she says that "didn't feel right" since the family had two sets of keys and her dad had told her all about it.

So, on a whim, a family member called TD customer service about a week later and asked again.

When the family asked why it had been given two different stories, the bank said the manager "was newer to the role and not as resourceful" as the employee on the phone.

The bank said there would be no compensation since the family couldn't prove what was in the box and the bank didn't have any records.

Instead it offered $250 as a "goodwill gesture."

Levy-Bencheton turned the offer down and then moved her complaint up to TD's ombudsman.

That went nowhere. Three complaint levels later, in October 2018, the private national mediation company that handles TD complaints — ADR Chambers — said there was a 50-50 chance valuables and cash were missing.

After doing a loose accounting, the company found the jewelry was worth about $8,400, and recommended TD to pay Levy-Bencheton and her family half that amount.

ADR has been criticized for being biased toward the banks it investigates because they pay fees for its service.

Levy-Bencheton turned down the offer, saying it doesn't begin to cover the family's losses. She also wants the bank to have to pay a hefty penalty.

"We really don't know how much was in there [but] it was more than that for sure," she said.

"It really caused us a lot of aggravation. We've lost a lot of sentimental things and the only language the bank knows is money … so we have to hit them where it hurts."

The family has hired paralegal George Berger to help get answers from TD — and maybe file a lawsuit.

"They refused to provide information about what exactly happened," Berger said.

He says it happened sometime between 2015, the last time he opened the box himself, and 2017, when he discovered the bank had drilled the lock.

After months of back and forth and an investigation by the bank's ombudsman, TD apologized and awarded him $12,000 for the missing jewelry. He says he didn't have any proof, but did provide photos of the jewelry to the bank.

At the time the bank promised to investigate, but has yet to explain how the items went missing.

"That is a very unfortunate thing … we cannot replace the sentimental value of those things," said Khatiwada, who immigrated from Nepal in 2010.

"In Western culture, the wedding ring is very valuable. But in our culture, it's the necklace and also the ring. We have a special ring ceremony, so they are not replaceable."

TD spokesperson Carla Hindman says the bank has protocols for forcing open safety deposit boxes including, "ensuring at least two employees, one of whom must be a manager, are always present as they [staff] remove, catalogue, package and securely store the contents." But she didn't say if those rules were followed in the two cases Go Public looked at.

Banks have been reprimanded for not taking enough care with safety deposit boxes.

In 2002, a B.C. court awarded a woman more than $20,000 in damages after TD drilled hers open, having wrongly concluded her rental was in arrears.

And in 2001 and 2006, Canada's privacy commissioner broadly criticized banks for inaccurate record-keeping and for breaking privacy rules related to boxes being opened.

The commissioner didn't name which bank or banks were involved in those complaints.

Conacher, at Democracy Watch, says bank customers are forced to fight these long battles because rules for how banks manage safety deposit boxes are not part of Canada's Bank Act and are largely unregulated.

He says the lack of government rules makes it hard for Canadians to get fair compensation when banks mishandle boxes.

Provincial estate laws do mention safety deposit boxes but are limited to how beneficiaries gain access after someone dies.

"If [something] goes missing, then not only do you have a contract that protects the bank, but you also have the burden of proof to prove that the bank has not handled that box properly.

"That's a really big hurdle for any consumer to try and climb over to get accountability," Conacher said. He's calling on the federal government to update the Bank Act to include safety deposit boxes.

Go Public asked the Department of Finance if Ottawa plans to make changes. In a statement, it would only say it regularly reviews laws, "to ensure that Canadians have the protections they need."

Unlike regular bank deposits, Conacher says, the contents of safety deposit boxes aren't insured by financial institutions, so owners need to insure valuables themselves as part of home insurance policies and to regularly document what's inside with photos and witnesses.

Both Levy-Bencheton and Khatiwada say, after their experiences, they're done with safety deposit boxes.

Khatiwada says he still has an account with TD which includes the use of a deposit box, but he told Go Public it's sitting empty. 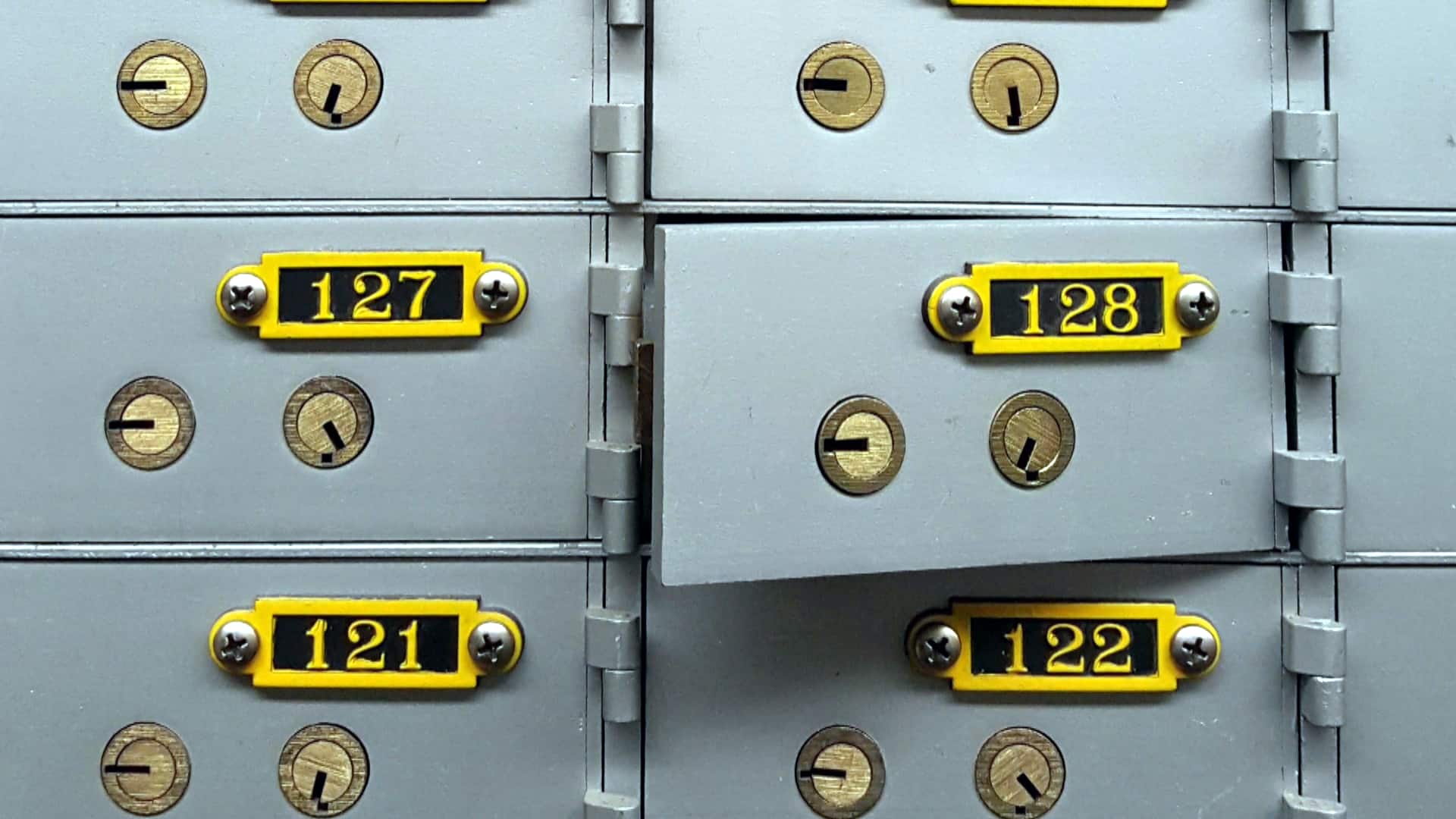 2 months agoVideo
1:57
These families say they are still missing their most valued possessions years after TD Canada Trust drilled open and emptied their safety deposit boxes. 1:57