Turmoil, with a side of anxiety. Restaurants face uncertain future amid COVID-19

Many Canadian restaurant owners have been either forced out of business or continue to struggle to make ends meet due to the coronavirus pandemic. And it has some predicting an immediate future that's bleak but also raising questions about how the industry may have to change.

Ettore (Eddie) Pugliese was at home, self-isolating the night of April 19, meaning he couldn't be there to say goodbye to his customers as the doors closed forever on his landmark Toronto Italian restaurant.

At age 81, and in precarious health, Pugliese had to stay away from the business he, along with his brother and father, had created 63 years ago but has been forced to close because of the coronavirus pandemic.

"I can't describe that. I wanted so badly to be there," said Pugliese, who was co-owner of Vesuvio Pizzeria and Spaghetti House.

Asked about the future of the restaurant industry, he says: "I hate to even think about it."

Pugliese has joined many Canadian restaurant owners who have been either forced out of business or continue to struggle to make ends meet. It has some within the industry predicting an immediate future that's bleak and raising questions about how restaurants might have to change.

"The scary part of it is just the unknown, not knowing what this industry is going to look like," said Jeremy Bonia, co-owner of the restaurants Raymonds and Merchant Tavern in St. John's. "Obviously I can't see it going back to the way it was."

While various federal subsidy programs and rent deferrals have helped, Bonia had to shut down one of his restaurants, which just wasn't adaptable for takeout service; a move many restaurants have made in an effort to remain in the black.

Bonia has been able to keep the other open a few days a week.

"At some point we have to [fully] reopen. And when that happens, we don't know what that's going to look like in terms of capacity," he said. "Are we going to be half full, are we only going to be allowed a certain amount of people there?"

There are questions about whether restaurants, which may have to adhere to physical distancing policies by spacing out tables and reducing the number of people within the dining area, can survive.

"Every restaurant that's opened, their seating capacity is based on a business plan that they put in place to maximize the very limited revenues that there are in the restaurant industry," Bonia said.

"That's pretty scary when you suddenly have to go to half the capacity of what you had before."

And it will prompt restaurant owners to go through the numbers, to determine if it's even worth staying in business, he said.

"If the health department says … the employees need two metres of space between each of them, instead of having six employees [in the kitchen], you're only allowed to have three or four. That's going to impact the menu selection. That's one deep impact."

That, says Vij, along with dining capacity problems, might be enough for owners to "just throw in the towel and just say, you know what, I would rather just go work for somebody else and not have the stress."

Other challenges include the customers, and whether they will be anxious about returning to a social gathering such as a restaurant.

A recent Leger poll found that 45 per cent of the public say they would be comfortable dining in restaurants after the government lifts restrictions.

"There's a level of nervousness when you're around other people," said Bonia. "If we opened restaurants tomorrow, I think that's still there with people who are going to be looking at how close this person is sitting next to me."

Restaurants Canada, an organization representing the food services industry, says that thousands of restaurants have already been forced to close for good, and more are likely to follow.

"It's going to be a complete destruction of some segment of the business," said David Lefebvre, Restaurants Canada vice president, federal and Quebec.

"I would say especially the small independent operators are having a really, really hard time … Those that did not have the capacity to go into delivery and take out."

He also points out that, unlike other businesses, stock in a restaurant consists of perishable goods, meaning that those forced to close, or cut back significantly, lost a large part of their inventory.

As well, restaurants are quite labour intensive and need more employees per dollar of revenue than other industries, Lefebvre said.

WATCH | What to do about physical distancing faux pas: 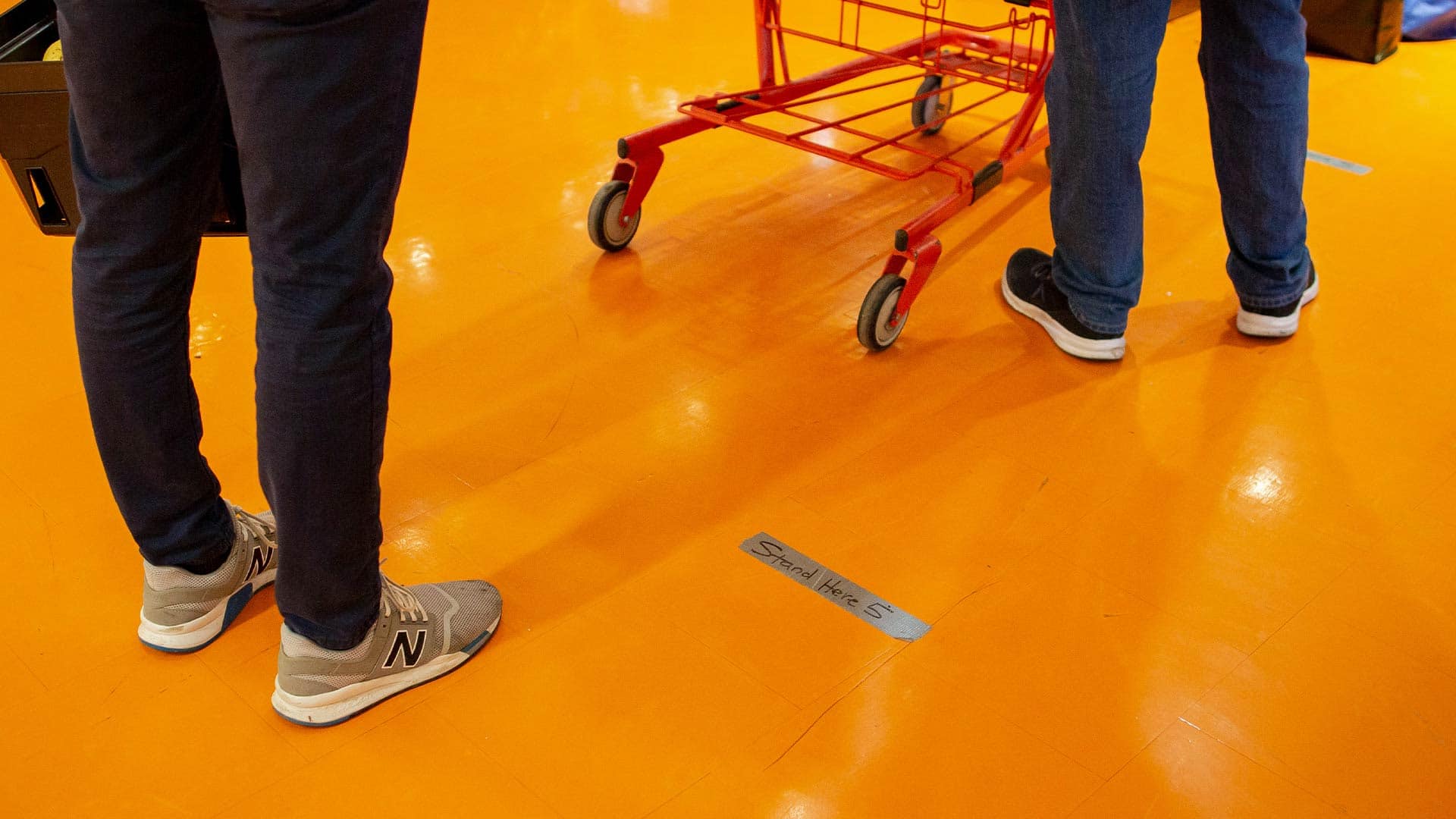 What to do about physical distancing faux pas

10 months agoVideo
2:10
While most are trying their best to follow physical distancing guidelines during the COVID-19 pandemic, sometimes a crowded grocery aisle can present a dilemma. 2:10

"The amount and the quantity of people that had to be taken care off, laid off, furloughed was quite higher compared to gross revenues than other businesses," Lefebvre said.

There are around 98,000 food service establishments in the country, and about 94 per cent of those have a payroll under $1 million, he said.

"You have a whole gamut of small players, which, of course, have less financial backing, less possibilities to raise capital. And so they were hit harder than retail or grocery stores."

Restaurants that have been able to ramp up their takeout services might be bringing in 10, 15, or 20 per cent of the usual volume, says Lefebvre. But for the most part, it's not enough to offset dining room sales, and not something they can build a viable business over time, he said.

"Some can barely turn out a profit or barely break even. For the overwhelming majority it's a drastic reduction in revenues."

Along with boosting takeout services, some restaurants are adding other services such as providing groceries or do-it-yourself meals.

Patrick Saurette, owner of The Marc in Edmonton, which now provides groceries and curbside pickup service, says he believes those services are here to stay.

"I think this is going to be an important piece of our economy in the hospitality industry. It's just servicing those needs. People's habits are going to have been changed."

It also means, with potentially fewer diners, that they may have to look at other changes which include a leaner staff, higher prices, hours, and how they handle reservations, he said.

In the coming months, Saurette, who's also the former chair of Restaurants Canada, believes 30 per cent of the sector's businesses will be wiped out.

But he predicts there will be creative solutions to some problems and that, in about a year, a resurgence of very strong independent restaurants.

"It's just too large of a piece of our economy for it to entirely go away. I think it'll strengthen."