In a hidden camera investigation carried out in the Greater Toronto Area, Marketplace found some real estate agents promised to use confidential information in an effort to double their commission on home sales. 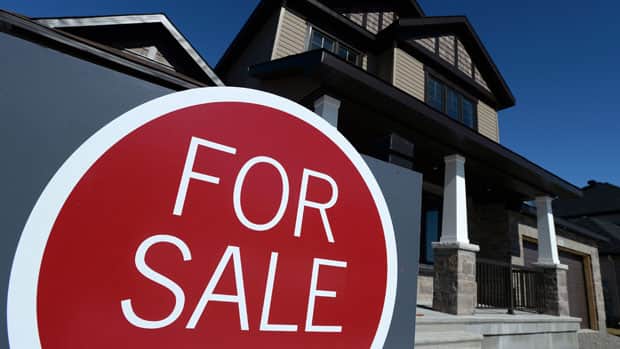 4 years ago
0:48
Marketplace investigated 'double-ended' deals, meaning the same agent represents both the buyer and the seller, and found some agents broke the rules by offering unfair advantages to potential clients in an effort to secure both ends of a deal 0:48

Attempting to buy a home in a red-hot market can make it feel like the deck is already stacked against you. But if a real estate agent is behaving unethically, it could cost you tens of thousands of dollars — even the house of your dreams.

An investigation by CBC Marketplace reveals some real estate agents are breaking the rules in an effort to double their sales commission.

The investigation looked at so-called "double-ended" deals, meaning the same agent represents both the buyer and the seller. Marketplace found some agents would break the rules by offering unfair advantages to potential clients in an effort to secure both ends of a deal.

When an agent uses inside knowledge to tip the scales in favour of their clients, it's against the code of ethics established under the Real Estate and Business Brokers Act (REBBA), which requires that real estate agents act fairly and in the best interests of their clients.

But with bids kept secret, it's hard to catch.

"There's a lot of money at stake and corruption is just all over the place," says Josie Stern, a real estate agent who has practised in Toronto for more than 25 years.

The typical amount an agent with double commission would earn, based on the average Toronto home price, would be about $40,000.

In the housing market, sellers and buyers are usually represented by separate agents: a listing agent and a buying agent.

Throughout most of Canada, the same agent is allowed to represent and negotiate on behalf of both parties, as long as it's disclosed to all parties involved in the transaction. The practice is called multiple representation or double-ending.

Alberta is the exception. While agents there can represent both sides of the deal, they are not allowed to negotiate for either side.

The problem? This creates the potential for conflict of interest, especially if the sale results in a bidding war.

According to REBBA's Code of Ethics, agents are not allowed to manipulate deals or use confidential information to give clients an unfair advantage.

To conduct the investigation, Marketplace staff posed as homebuyers and visited 10 real estate agents in the GTA. The faces and names of the agents have been concealed, as experts told Marketplace the problems are not specific to individuals but exist across the industry.

Most were agents who had double-ended more than 20 per cent of their deals last year, more than twice the average among top real estate agents in the GTA, according to statistics shared with Marketplace by industry insiders.

Marketplace staff also visited some agents after receiving tips about past behaviour.

Marketplace used hidden cameras to document if potential buyers attempting to purchase homes through the listing agent were given any advantage over other buyers.

Some agents suggested the Marketplace staff should get their own agent.

But six out of 10 agents promised to share confidential information and give an advantage if they were to represent both parties in a bidding war.

Another agent revealed the exact amount of a competing buyer's bid.

Yet another — who double-ended nearly 40 per cent of her deals over the last year — said that because she has "control on both sides," she could use her power to rush our offer through before other offers came in.

"What we can ensure is that you're not paying a ridiculous price over what the next person is paying," another agent said. "We've seen hundreds of thousands of dollars spread between one offer and the next. And we can avoid that."

If you were the seller represented by this agent, you could be losing money as a result of this practice.

When Marketplace followed up with the six agents found to be breaking the rules, most said they did nothing wrong or were merely passing on their professional expertise. One agent said behaviour like this happens all the time.

Marketplace showed the results of the investigation to the Real Estate Council of Ontario (RECO), the regulating body responsible for agents operating in the province.

"When anything happens in secret, and there are side deals and insider information, as a regulator, it causes us ... grave concern," says Kelvin Kucey, RECO's deputy registrar.

After meeting with Marketplace, RECO wrote an email to its members: "These practices are a clear breach of Real Estate and Business Brokers Act, 2002 and the Code of Ethics. Engaging in this sort of behaviour undermines consumer protection, consumer confidence, and puts the reputation of the real estate profession at risk."

Anyone can lodge a formal complaint against an agent with RECO.

However, people may not know if an agent acted unethically and the closed-bidding system can make complaints hard to prove — and even harder to prosecute.

"The system, as it is now, obviously isn't perfect," says Kucey.

The practice of double-ending, he says, merits another look from policy-makers.

"From the perspective of the consumers that are hurt, they want that gone. And that's really something the government really has to think seriously about."

Ontario's minister of government and consumer services, however, says she's waiting for the regulator to flag the matter as a concern.

"There is a strong regulatory framework that's currently in place to protect consumers," Marie-France Lalonde says. "I'm very receptive to engage conversation, but at this point, what I would say is that RECO has that authority and that responsibility."

When asked if she thinks the practice of double-ending should be eliminated, Lalonde said she'd "be open to the suggestion." 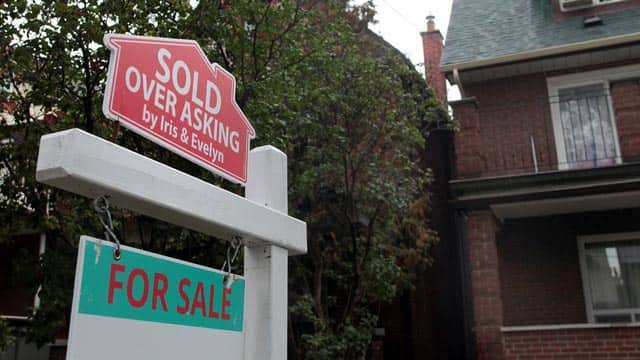 4 years ago
2:35
An investigation by CBC Marketplace reveals some real estate agents are breaking the rules in an effort to double their sales commission 2:35
CBC's Journalistic Standards and Practices|About CBC News