Canadian consumers can expect to feel some financial effects following the Bank of Canada's decision to nudge up interest rates.

In the wake of the Bank of Canada's move Wednesday to boost a key interest rate, Canada's big banks have boosted their prime rates.

RBC was first off the mark, followed quickly by the others, raising their prime rates to 3.2 per cent from 2.95 per cent, where they had been since the central bank's last rate increase in July.

Canadian consumers can expect to feel some financial effects following the Bank of Canada's decision.

Here's where and how consumers could feel the hike:

Canadians with a fixed-rate mortgage won't have to deal with the impact until it's time to renew at the end of their fixed term.

"Anyone who currently has a variable rate mortgage should consider if now is a good time to lock into a fixed-rate mortgage," said James Laird, co-founder of Ratehub.ca and president of CanWise Financial mortgage brokerage.

Laird also said anyone currently looking for a home should get a pre-approval that guarantees today's fixed rates for 120 days.

In a report issued Sept. 1, RBC economist Laura Cooper said Canadian households added $10 billion to $12 billion to their consumer credit balances in each of the past four quarters.

"Borrowing from banks accounted for the bulk of the rise led by personal lines of credit, notably home equity lines of credit," she said, adding that this component made up more than half the rise in the second quarter of 2017, its greatest contribution since 2011.

Against that growth in consumer credit, economists say Canadians will feel the biggest impact, after their variable-rate mortgages, in their lines of credit, which are tied to the prime rates charged by banks.

The bulk of credit card interest is charged at a fixed rate, although some cards do carry a variable rate. So it can be worth checking the rate on any cards you use.

However, if you begin to miss payments on your card debt, some cards will begin charging a higher interest rate on your outstanding balance.

Student loan interest rates can be either fixed or variable. As with mortgages, somebody repaying a variable-rate student loan could see an immediate hit from the latest Bank of Canada hike, while those on fixed rates won't see the bump until it is time for renewal.

Cooper pointed out in her report on credit growth that the country's heavy borrowing is likely to subside as support for monetary tightening increases.

"We anticipate that households on the whole will be able to absorb rising costs given an expected gradual pace of policy tightening and ongoing hiring gains. But as is the case with all goods things — the borrowing binge is likely coming to an end," she said. 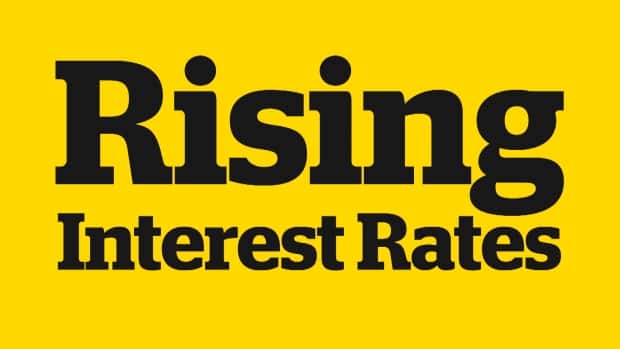 How a small interest rate change can cost you big