Rail blockades causing containers to pile up at Canadian ports

A rail blockade in eastern Ontario is jamming up Canada's three biggest ports, prompting some shippers to take their business elsewhere as cargo piles up and paycheques for those working on the docks shrink.

A rail blockade in eastern Ontario has led to backlogs at Canada's three biggest ports, prompting some shippers to take their business elsewhere as cargo piles up and dockworkers' paycheques shrink.

The protest along Canadian National Railway tracks east of Belleville, Ont., has halted CN's eastern network — about one-quarter of its operations — and choked shipments from coast to coast.

Atlantic Container Line (ACL), a major U.S. shipping line, is diverting from the Port of Halifax in favour of U.S. harbours. The company, which typically berths two ships a week, is now docking in New York and Baltimore to run cargo inland on American railroads, chief executive Andrew Abbott said.

"It's our gateway port for North America. So if you take out the rail, it knocks out 90 per cent of the cargo that we were putting on the ship," said Abbott, whose company has been calling on the Halifax port for more than 50 years.

ACL typically handles the equivalent of about 2,000 20-foot containers a week in Halifax that carry everything from Ontario auto parts to French cheese.

"It's commercial damage to Canadian manufacturers. It's financial damage to the guys who are bringing in French wine or Walkers butter cookies, because they're not going on the shelves," Abbott said. "Everybody's paying a piece."

WATCH | Businesses try to wait it out: 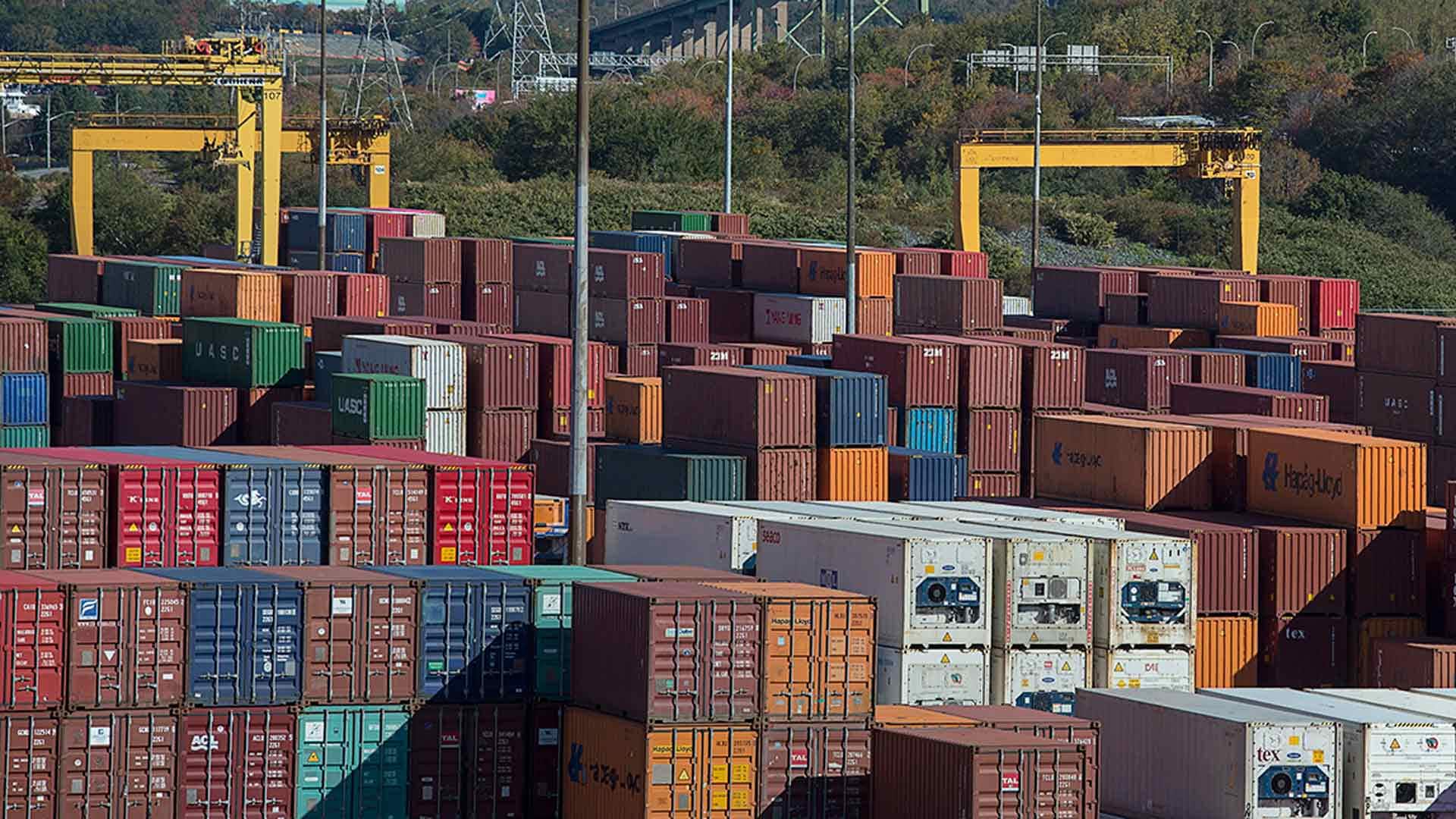 1 year ago
1:57
Businesses have a backlog of products, but are holding off passing on the cost to consumers — for now. 1:57

Halifax longshoremen are also working — and earning — less, as more than 60 per cent of freight that passes through the port is bound for trains that can no longer be loaded, port authority spokesman Lane Farguson said.

The blockade disrupts business for everyone from stevedores to truckers, packers, importers, exporters and the ports and railways themselves.

"It is certainly a challenging situation for everyone involved."

In Montreal, some 4,000 containers sit immobilized on the docks and Prairie bulk products like grain can no longer reach the port.

"We are obviously concerned about this situation, which has significant impacts on the economy and the transport logistics chain serving the port," spokeswoman Melanie Nadeau said in an email.

Meanwhile, the number of ships waiting at anchor to enter Vancouver-area terminals has more than doubled to 50 due to the clogged transportation system, though no vessels are opting for U.S. ports as a result, said Vancouver Fraser Port Authority spokeswoman Melanie Nadeau.

Nearly two weeks ago, protesters barred road access to Canada's biggest freight hub for several days, one of many pop-up blockades at ports, rail lines and roads across the country.

CN closed its critical eastern network eight days ago after protesters set up a blockade in Tyendinaga Mohawk Territory on Feb. 6 in support of Wet'suwet'en hereditary chiefs who oppose a natural gas pipeline slated to pass through their traditional lands in British Columbia.

The rail shutdown is rippling out to other sectors. Superior Propane, Canada's largest supplier of the fuel, said the situation is getting dire as it begins to ration distribution in Atlantic Canada over concerns that hospitals, nursing homes and households could run out.

"This is a crisis that is unfolding. Unfortunately if it goes on many more days it will be very difficult for the propane industry to recover quickly enough to keep people in supply," chief executive Greg McCamus said in a phone interview.

Propane companies generally have one to two weeks' supply on hand, relying on a network of trains and trucks to convey it from rail terminals to local storage facilities, he said. A frozen railroad squeezes that supply chain, triggering truck lineups as long as 10 hours for propane in Sarnia, Ont., according to Canadian Propane Association CEO Nathalie St-Pierre.

The blockades hinder west-to-east flow of household items from produce to plywood, Band-Aids and canola oil, and raise the cost of others, said Retail Council of Canada spokesman Karl Littler.

"In terms of the mass carried, rail is far more efficient. So you've got potential price impacts if everything that was formerly moved by rail is moved by truck" — a sector already facing a severe shortage of drivers.

The effects are likely to be felt more keenly in smaller cities and towns, particularly in Eastern Canada, he said.

"We're not talking about some Soviet store where you've got two cans of gherkin," he said. "But a lot of items are stuck 6,000 kilometres away in Vancouver."

The broader impact on the economy may only amount to a hit of 0.2 percentage points to quarterly GDP growth, said RBC economist Nathan Janzen — likely in the tens of millions of dollars. But the ripple effects are being felt "acutely" by some in the rail and manufacturing sectors.

On Wednesday, Via Rail announced temporary layoffs for 1,000 employees as its Montreal-Toronto, Ottawa-Toronto and Montreal-Quebec City routes remain suspended.

Earlier this week, CN temporarily laid off about 450 workers from its operations in Eastern Canada after cancelling more than 400 trains since protests arose.

Major carriers are monitoring the blockades closely. German shipping giant Hapag-Lloyd continues to call on the Halifax port, but is reviewing the situation "with a view to potentially omitting or rerouting vessels," said spokesman Tim Seifert.

The crisis is stranding an estimated $425 million in goods every day, according to the Canadian Manufacturers and Exporters trade group.