Tough to catch and prosecute: How companies get away with price-fixing

As the Competition Bureau’s investigation into price-fixing in the Canadian bread industry continues, here’s a look at how price-fixing works and how prevalent it is in Canada.

Private talks lead to 'We're killing ourselves with these low prices, shouldn't we do something?'

As the Competition Bureau's investigation into price-fixing in the Canadian bread industry continues, here's a look at how price-fixing works and how prevalent it is in Canada.

Price-fixing, in its most common form, is when two or more competitors set a price for a product or service that they should each be selling competitively.

"They know that if they tried to raise prices individually, they would just lose business to the other firms, but if they all do it together, they hope that they can hold onto the business and have higher profits as a result," says competition policy expert Thomas Ross.

In the most recent case, Loblaw Companies Ltd. and George Weston Ltd. revealed late last year that they participated in a 14-year bread-pricing scheme. Between 2001 and 2015, the consumer price index for bread, rolls and buns rose 96 per cent, according to Statistics Canada. In that same time, the consumer price index for all food purchased from stores increased about 45 per cent.

The discussion to begin price-fixing usually begins during a private meeting or phone call, so as to not leave a paper trail, says Jim Brander, a professor at the University of British Columbia's Sauder School of Business.

"Sometimes it arises when one person says: 'We're killing ourselves with these low prices, shouldn't we do something about it?' That's normally how it works — some kind of face-to-face discussion or telephone discussion, which gradually lends itself to some kind of agreement."

How do they get away with it?

The practice can be difficult to spot because collusion between companies can often mirror normal business competition. Due to changing demand and production costs, competitors often raise or reduce prices at the same time.

"It is very common for prices to move together… what you need is price increases that are somehow extraordinary to get people's attention," Ross said.

As it is tough to find definitive proof of collusion, authorities often rely on insider information to find and prosecute price-fixers.

The Competition Bureau's policy to provide those who come forward with information and admissions with leniency or immunity encourages those inside operations to reveal collusion schemes. In its current investigation, Loblaws, along with its parent company George Weston Ltd., will receive immunity from criminal charges for reporting the scheme to the bureau and co-operating with its investigation.

Brander says many of the bureau's investigations also begin with a tip from a keen-eyed consumer.

Once an investigation begins, the competition watchdog has much of the same investigative powers as other law enforcement agencies.

"They can do the usual things that investigative authorities can do. They can do wiretaps. They can investigate emails. They can subpoena people and force them to give evidence. It's like a standard criminal investigation once they've got something to work on," Brander said.

If caught and successfully prosecuted, those found guilty of price-fixing can be subject to fines of up to $24 million and jail time up to a maximum of 14 years. 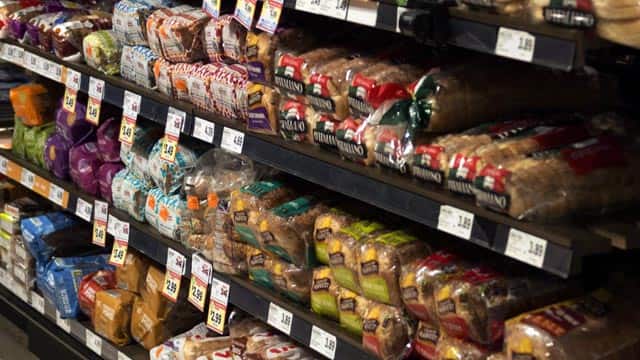 3 years agoVideo
6:27
Bruce Winder, co-founder and partner at the Retail Advisors Network, on the latest in the price-fixing scandal in the grocery business 6:27

How big of a problem is it in Canada?

While a few price-fixing schemes are discovered in Canada each year, experts say the problem does not severely affect the average Canadian's wallet.

"There's about three to five cases [discovered] a year. For every case that gets detected, there are probably several cases that aren't. At any one time, at any one year, there are 10, 12, 15 cases going on. So it's common in that sense, but on the other hand, when you think about all the different products in all the different locations, it's only a small fraction of what a typical consumer buys," Brander said.

"It's very important to be vigorous in prosecuting [price-fixing, but] Canada does a very good job … There isn't very much of it."

Ross says industries that lack competition without price-fixing are a greater problem in Canada than industries embroiled in illegal collusion. A number of markets have uncompetitive prices simply because there are so few competitors, he said.

"We have a lot of markets that are uncompetitive without price-fixing because they're highly concentrated markets with relatively few sellers and so nothing illegal has to happen in these industries. They are already relatively uncompetitive and probably quite profitable."

What toll does price-fixing take on an economy?

Beyond higher prices for consumers, Brander says price-fixing takes a toll on the economy as a whole.

"Competition between firms is crucially important. It's why we believe in market economies. It's why the market system has worked well… If instead of that level of competition, producers were just agreeing on prices and living a quiet life, the economy wouldn't work nearly as well," he said.

"If companies could just agree to charge high prices so they can make high profits, they lose the incentive to innovate, to do things better, to give value to consumers, to produce higher quality products. Competition is so important to all the things we've come to take for granted."

Ilina Ghosh is one of this year's recipients of the CBC News Joan Donaldson Scholarship. She is currently working as a web writer and associate producer with CBC News. She has previously worked with CBC Radio and the Globe and Mail.