RBC denies wrongdoing after being named in Panama Papers

Royal Bank of Canada says it has 'high standards' to ensure none of the foreign corporations it helps set up for its clients are being used to evade taxes in Canada or anywhere else.

'There are a number of legitimate reasons' to set up foreign holding companies, bank spokesman says

Royal Bank of Canada said Monday it has "high standards" to ensure none of the foreign corporations it helps set up for its clients are being used to evade taxes in Canada or anywhere else.

The bank is one of thousands named in a massive data dump known as the Panama Papers, which appear to outline how Panamanian law firm Mossack Fonseca has helped countless international power brokers set up foreign corporations.

The full scale of the data has yet to be revealed. But CBC News can confirm that the documents show Canada's biggest lender used Mossack Fonseca's services to set up at least 370 such entities for its clients over the years.

There's nothing illegal about foreign incorporations, something a bank spokesman was quick to note in a request for comment from CBC News on Monday. 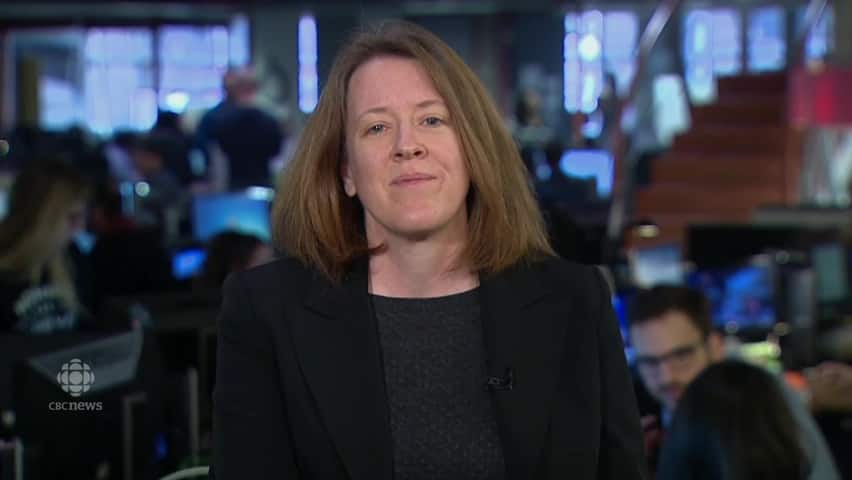 5 years ago
5:08
Allison Christians, associate professor at McGill University and an expert on tax law, discuses the Panama Papers 5:08

"There are a number of legitimate reasons to set up a holding company," Tanis Feasby said. "If we have reason to believe a client is seeking to commit a criminal [offence] by evading taxes, we would report the offence and not do business with the client."

"We have an extensive due diligence process to ensure we understand who the client is and what their intentions are, and will not proceed with a transaction until we do."

"RBC works within the legal and regulatory framework of every country in which we operate," Feasby continued. "Tax evasion is illegal, and we have established controls, policies and procedures in place to detect it and prevent it occurring through RBC. We have high standards, and our internal policies build on the regulatory requirements in each jurisdiction."

"We make sure our clients have the information they need to properly file their taxes and we advise them of their obligation to do so. We also advise them to seek independent professional tax advice."

There's nothing illegal about such structures, nor should society want to make them so, says Allison Christians, a law professor and the Stikeman chair in tax law at McGill University in Montreal.

"We wouldn't want to have laws like that," she said in an interview with CBC's The Exchange on Monday. "You want to be able to have international businesses and be a part of the global community."

The sheer size of the data dump — at 2.6 terabytes of data, the Panama Papers are exponentially larger than WikiLeaks' massive release of diplomatic cables in 2010 — is "striking," Christians acknowledges, considering they come from just one law firm. But, she says, they point to "something that looks like it has global proportions."

Christians draws a firm line between tax avoidance and tax evasion, with the former being a valid practice but the latter in need of stamping out. The distinction between the two is admittedly hard to decipher and, as she says, "if it was easy to solve we would have solved it."

It remains to be seen if any of the documents will produce a paper trail to any illicit activity, but "if that's the case, there's a lot of parties involved in perpetuating this fraud on the public."