Now it can be said — the Olympics are a waste of time and money: Don Pittis

While the Olympic games are actually on, it is only polite for curmudgeons to keep their reservations under wraps. But despite the wall-to-wall coverage there are those who think the games are venal and really not much use, except as a diversion.

To the curmudgeons, the few wonderful human moments don't justify the spectacle

It has been a trying few weeks for those of us who are less than enamoured of the Olympic Games.

While the Games are on, we generally try to show restraint. But now the main part of the cheering is over, it may be time to reach out to that silent minority who, for economic and many other reasons, quietly rolled their eyes as it seems nearly everyone else in the world went gaga over the Games.

Although we tend to keep a low profile, I know I am not alone. For example, one online reader used colourful language to object to a medal winner being declared a "Canadian hero."

Don't give a hoot

"The inaccuracy in this story," said the reader, "is that I, like many others, could not give a rat's ass about either her or the Olympics."

For me, I suppose, that overstates the case.

The Games capture wonderful human moments, such as the occasion when one ingenuous young competitor kept checking her time, as if hardly believing she had won. But to the Olympic curmudgeons, those moments are few and far between.

Not caring for the Olympic pizzazz does not mean we are all anti-sport. I am a skier, a swimmer, a sailor and a hiker. I biked 40 kilometres last Sunday.

Partly, the objection to the Games is a reaction. To the nationalist flag waving. To the chirpy enthusiasm of the wall-to-wall coverage. And this year, especially, to the contrast between the glamour, the limousines, the over-the-top spending and the rest of Rio de Janeiro, where families sort through garbage as their daily source of food.

The original Greek Olympics had a rationale: in a warrior society, throwing the meanest rock or spear was a matter of national survival against the Persians. Now we have athletes coasting down what looks like a fairground magic carpet ride on toy bicycles.

Part of the justification for the modern Games is that they inspire the young toward a healthy, active lifestyle.

Helen Jefferson Lenskyj, Toronto-based author of Inside the Olympic Industry, is skeptical.

"The sport part is just the tip of the iceberg," Lenskyj tells me in a phone interview. "And the rest of the iceberg is the commercial side. The exploitation side. The negative social impacts on cities and vulnerable people in those cities. The enormous expense that is borne by taxpayers."

Lenskyj, professor emeritus at the University of Toronto, started out in sports sociology, but after years of research now calls herself a professional Olympic critic. She describes the IOC as "venal."

"Despite the persuasive rhetoric, most aspects of the Olympics are organized to maximize power and profit rather than to promote the welfare of individuals and groups in sport as a healthy and fulfilling human activity," Lenskyj wrote in one of her searing critiques of the games.

It's not that no one profits from the Games. It's just that the profit is concentrated through an unhealthy reward system known in economics as "winner takes all." That applies to the industry and the athletes.

A few gold-medal stars make millions from advertising endorsements. But of those who worked every bit as hard, gave up their youths to practise, and were just a few seconds or minutes slower, the vast majority, like failed ballet stars and minor league hockey players, get little financial reward.

As a spectacle, what divers and gymnasts and even riders of toy bicycles do is a wonder — almost freakish. So is the Cirque du Soleil, but there the performers get paid a good salary. The lighting and music are better.

For an Olympic critic, Cathy Crowe is not curmudgeonly at all.

Crowe, who describes herself as a "street nurse" was a member of the group Bread Not Circuses that intervened when Toronto was bidding for the Games, demanding that if the Olympics came to town, a significant part of the money should end up helping, not hurting, the city's poor.

The group was named after the term "bread and circuses" the critique of ancient Rome when the rulers kept citizens politically passive by feeding them and putting on gladiatorial shows. 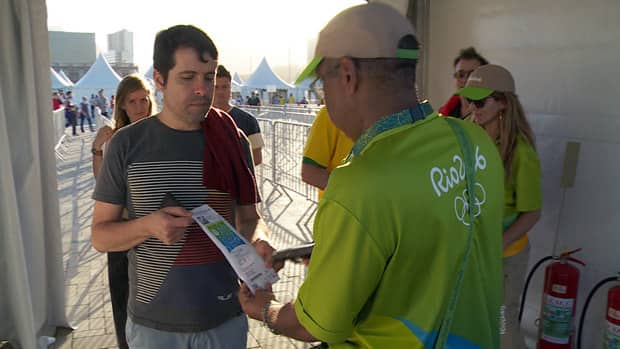 Is it worth it to host the Olympic Games?

"I'm watching the Olympics every day and I'm really enjoying it," Crowe told me last week. "But I'm also feeling like the coverage of Rio and Brazil is not showing the real story."

Crowe, who advocates for the poor and homeless, is offended by the opulence of the Games as poor people are swept aside.

"It's almost a rude, disgusting slap in the face to low-income people there," says Crowe.

On the bright side, the Olympic Games divert us from Donald Trump, the bombing in Syria, sabre-rattling in Crimea, hunger and the perilous state of the world economy.

Of course, going right back to Roman times, that is what circuses have always been for.