Oilsands workers describe a culture of racist jokes, bullying and being shut out of the industry

Workers in Alberta's oilsands sector are speaking out about racial discrimination they say they faced on the job, telling CBC's Marketplace of racist jokes, preferential treatment for white colleagues and exclusion from permanent jobs and promotions.

Face Racism will be an ongoing Marketplace series. We are interested in following people searching for justice in their communities, the marketplace and the workplace — sometimes even bringing them face to face with company executives and government. Share your story at marketplace@cbc.ca

Workers in Alberta's oilsands sector are speaking out about racial discrimination they say they faced on the job, telling CBC's Marketplace of racist jokes, preferential treatment for white colleagues and exclusion from permanent jobs and promotions.

They also say systemic racism is an obstacle when they're trying to enter and advance in the industry.

"I went there to make a better life for myself," said Shane MacQueen, a heavy equipment operator who has worked in the Fort McMurray area for 14 years. "I found that operating equipment was something I really enjoyed and loved doing."

But MacQueen, 41, said early on, there were signs that his love for the work wouldn't always be reciprocated.

In 2006, he got a job as a labourer for North American Construction Group (NACG), a contractor that provides services to oil and gas companies.

"So, it was a group of white people and me, and this one guy's making a bunch of Black jokes and putting me in them," said MacQueen. "I remember one was, like, Shane jumping on the bed and my hair getting stuck in the stucco ceiling."

North American Construction Group said it can't fairly respond to what MacQueen described because it happened many years ago and went unreported.

"However, I can assure you that NACG takes racism very seriously and has numerous policies and practices in place to ensure that it is not part of our workplace," said Darren Krill, marketing and communications manager. 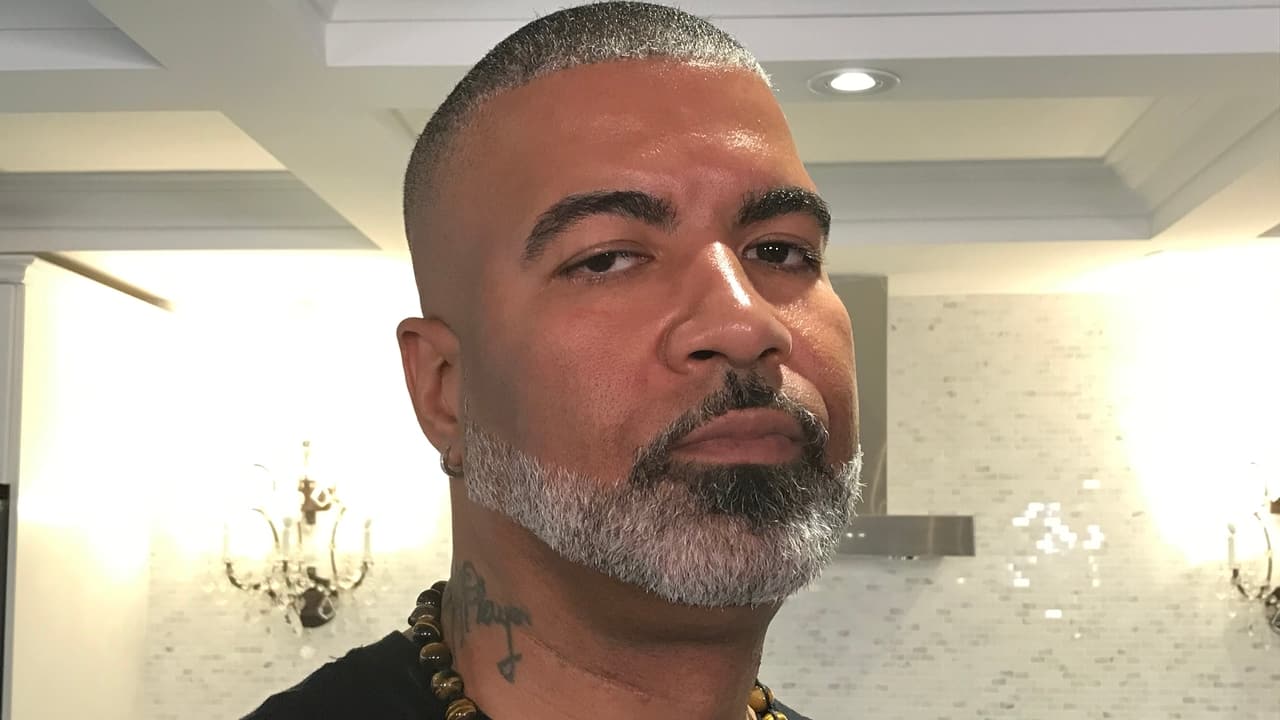 2 months agoVideo
3:39
Shane MacQueen says he’s been a target for mistreatment and racism while working in Alberta’s oilsands for the past 14 years. His story is part of a new ongoing Marketplace series, Face Racism. 3:39

'You just don't complain about things'

Garry Similien, 47, had a similar experience with a coworker during a recent stint at Badger Daylighting, a company that does hydrovac excavation.

"Many times he said to me, 'Man, Garry, I can slap the Black out of you,'" Similien said, noting the comment was made as a joke. "That's not something that you say to another human being, period."

Asked about Similien's allegations, Badger Daylighting said its code of conduct prohibits it from speaking about current or former employees.

"We are committed to eliminating exclusion in all forms, and we stand behind these values, beliefs and commitments," said Tracey Wallace, vice-president of human resources.

MacQueen and Similien never raised the racist comments with their respective employers.

"Across the board, you just don't complain about things," said Sara Dorow, chair of the sociology department at the University of Alberta in Edmonton, who has studied the oilsands sector and its workers for more than a decade.

"Every workplace, of course, there's both systemic racism and daily racial discrimination and harassment. But what does it look like there?"

Dorow recalled an example from a recent survey she conducted on mental health among oilsands workers. One worker, a South Asian man, said his response to slurs from coworkers was to "stay quiet." He said: "I'm not there to make friends or solve racism. I'm just there to collect a paycheque."

A 2018 report from PetroLMI, a division of Energy Safety Canada, put the proportion of visible minority workers in oil and gas at 13 per cent based on census data from 2016. Visible minorities accounted for 21 per cent of workers across all industries for the same census year. The Employment Equity Act defines visible minorities as "persons, other than Aboriginal peoples, who are non-Caucasian in race or non-white in colour."

Treated differently on the job

By 2009, MacQueen had moved from working for contractors to a permanent position with Canadian Natural Resources Limited (CNRL), one of the operators in the area. The job brought higher pay and stability, but, once again, there weren't many people of colour on site, he said, and he found he was being treated more harshly than his coworkers.

He said the early mornings and long days were difficult, and he was also concerned about his ailing mother at the time.

"I was tired a lot, and on the breaks, I would take a nap. And sometimes, I'd oversleep my break," said MacQueen.

When he overslept, he said, someone would take him off of the truck and ask him to submit to a urine test, and he would receive a "write-up."

According to MacQueen, when other workers slept past their breaks, someone would wake them up, and they would get back to work. That never happened to him.

"They build this file on me up until the point where they're able to let me go," he said.

CNRL offered no comment when asked by Marketplace about MacQueen's concerns that he was treated more harshly.

MacQueen lost that job in 2011 and has been employed on contracts ever since.

He said he's sent dozens of applications for permanent positions over the years.

"They have a spot when you're applying where it says check off if you are a minority. I sometimes feel like they use that to not hire you," he said.

Dorow said there's an "old white boys' network" culture in the oilsands, which makes it harder for people of colour to get in and advance.

"You're knocking on that door. You have to work harder to prove yourself," she said. "So, it's more scrutiny but also more willingness to potentially mistrust or blame if you are a worker of colour."

Similien said he was also singled out while working for KMC Mining, another contractor that provides services to companies in the sector.

"I had that supervisor that was on me all the time. This was one particular guy that was basically riding me," he said.

According to Similien, the ongoing issue with his supervisor came to a head in March 2019. A coworker asked him to quickly wash a truck as a favour, but he didn't secure it before starting the job. Similien says his supervisor reprimanded him even after he explained the situation, and he had to fill out an incident report.

Similien complained to the company, and the situation was investigated by a third party, which concluded that the allegations were unfounded. Similien eventually agreed to a layoff.

"The independent third-party investigation found that the employee's allegations were unfounded," said Moe Farhat, director of human resources at KMC Mining, when asked to comment on Similien's allegations of racially motivated bullying.

"Notwithstanding this conclusion, KMC took the opportunity to provide additional leadership and employee training to ensure we have a workplace free of all forms of harassment and bullying and that we continue to uphold principles of respect in our company."

Marketplace heard from several other oilsands workers of colour about the workplace culture within the sector. The types of discrimination they described included:

"I think that resonates with what I've been hearing, for sure," said Dorow regarding the issue of getting permanent positions.

She said the sector is "a really difficult context to navigate and to trust that your skill will be, in fact, recognized and you will get the support you need."

The push for change

Asked about the workers' allegations of racism in the oilsands, the Canadian Association of Petroleum Producers acknowledged the importance of diversity and inclusion but did not offer concrete solutions for addressing racism.

"There is no place for racial discrimination in any workplace," media relations manager Jay Averill said in a statement.

"Safety is placed at the highest value in the oil and natural gas industry, and that includes the right to feel safe from discrimination and harassment at work. The issue of diversity and inclusion in the workplace is an important one, and companies across all industries must continuously strive to build positive work environments."

Similien doesn't work in the oilsands anymore and has no interest in returning, but MacQueen wants to continue. He said the sector needs a program focused on increasing racial diversity and supporting workers of colour.

MacQueen said Women Building Futures (WBF), an Edmonton-based non-profit group that helps women find work in the trades, provides a good model for such an initiative. Its partners include companies such as Suncor and Imperial Oil.

Jess Thomson, director of stakeholder and government relations at WBF, agreed that more racial diversity is needed in the oilsands sector.

"I think there's a lot that WBF can contribute to support the work that you're wanting to do," Thomson told MacQueen in September when they met. "For us, it's that real focus on the awareness of opportunity, the connections to industry and then the right training. And I think that would transfer really well."

She also agreed to help MacQueen establish those connections to the industry.

"I think I'm going to be in contact with Jess a lot and kind of try to pick her brain on the blueprint that she has going on here," MacQueen said.

"I'll probably be knocking on some doors to see if we can get some more support for what I'm trying to do here and really steamroll the industry and get things going."