The oil producing equipment is not going extinct like the traditional grain elevator, but just as technology changed how agriculture companies built their terminals, innovation is altering the number, size and placement of pumpjacks.

For the last five years, well abandonment is outpacing drilling

Driving west across the Prairies on the Trans-Canada highway during a summer road trip, the prevalence of oil pumpjacks are a surefire way to know Alberta is approaching.

There are some of the bobbing pieces of equipment with a horse-head shape in a small part of southwest Manitoba and several more in sections of southern Saskatchewan.

In Alberta, they seem to populate just about everywhere.

Often referred to as horses or donkeys, (or seldom used nicknames like grasshopper pump or thirsty bird), they can be found in the ranching areas around Medicine Hat in the southeast to the foothills of the Rocky Mountains to the far northeast corner of the province.

For decades, the pumpjack has served as part of Alberta's identity, a symbol of its wealth and prosperity.

Still, the landscape in the province is beginning to change as fewer are needed to do the work they once did. 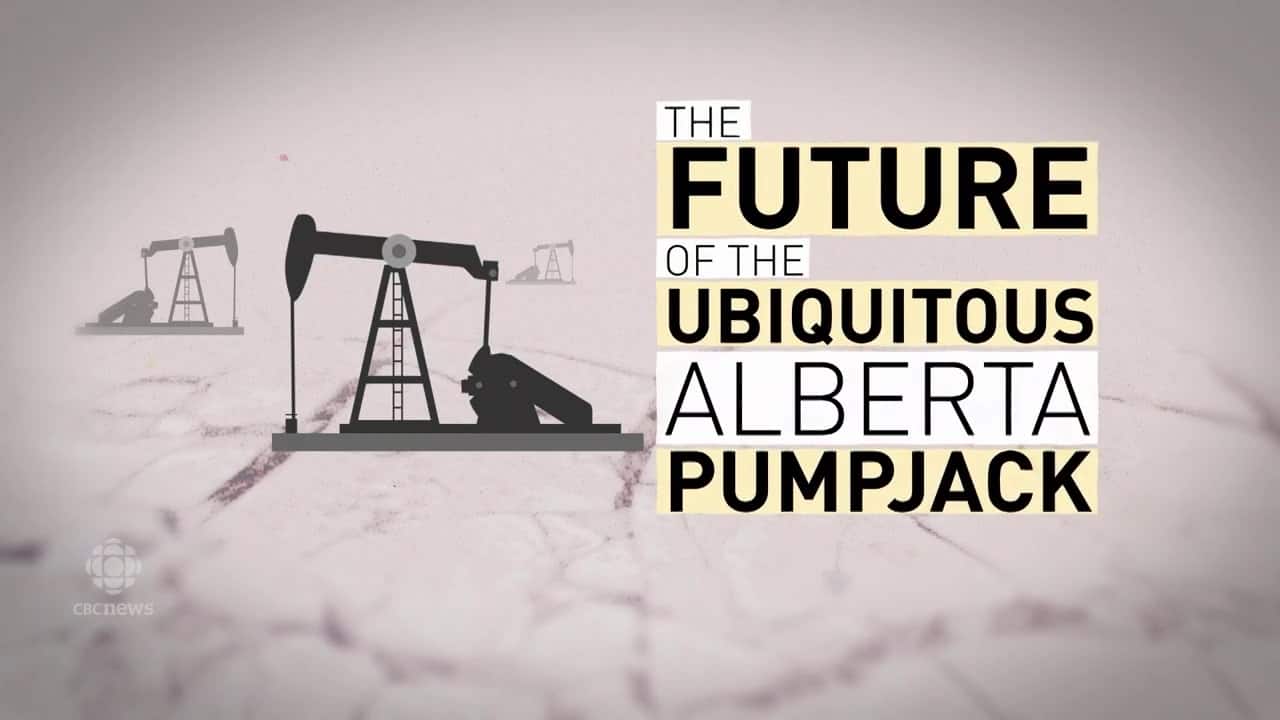 The future of the ubiquitous Alberta pumpjack

1 year agoVideo
2:02
Pumpjacks have been part of Alberta's landscape for decades, but there could be less of them bobbing up and down in the future. CBC's Kyle Bakx explains why. 2:02

The oil producing equipment is not going extinct like the traditional grain elevator, but just as technology changed how agriculture companies built their terminals, innovation is altering the number, size and placement of pumpjacks.

For much of the last century, oil wells were similar to drilling a water well — they were vertical. That changed in the mid-2000s when companies discovered how to turn the drill bit and produce directional wells.

Technology continues to improve and as a result, oil wells are getting longer and longer. The average oil well drilled is now about three kilometres in length.

"The ability to steer a drill bit with the accuracy to hit the target the size of a bathtub that is seven thousand metres below the surface of the earth, I mean that's what we did," said Mark Salkeld, the past president of the Petroleum Services Association of Canada.

"We're drilling less but the wells are far more complex. They're longer, deeper and significantly more productive than the wells that we used to drill," he said.

The number of new wells drilled has declined for several years because of innovation in the sector and also, in part, by the downturn in the sector over the last five years.

As a result, since 2015, more oil and gas wells in the province have been decommissioned, compared to new wells drilled. That means natural gas wells and oil pumpjacks are currently disappearing at a faster rate than new ones are created.

"Not only are we going to see the landscape start to clean up with respect to wells decommissioned and pumpjacks being taken away and land reclaimed, but the wells we will drill are fewer," said Salkeld.

"Driving down the highway to Lethbridge or Medicine Hat and seeing pumpjacks on the side of the highway — you can see that change."

In addition, instead of a few dozen pumpjacks spread across an area, in some newer developments they are placed side-by-side to reduce the number of pipelines needed.

Dan Hoffarth notices the evolution as he travels through parts of Texas. He's the chief executive of Calgary-based Citadel Drilling, which moved all of its rigs to the southern U.S. two years ago.

"You see pumpjacks everywhere on the horizon, but in the new areas, you just don't see that anymore," he said.

A new oil well can access more oil, Hoffarth said, than 20 wells could have reached previously.

"The technology has just advanced to such a degree," he said. "Your footprint is so small compared to what it used to be."