Twenty-five years ago, Norway chose to bank the returns from its oil resources, and it has paid off handsomely - to the tune of $1 trillion. Alberta can only look on with envy, writes Susan Ormiston.

Established in 1990, Norway's heritage fund is now worth $1 trillion 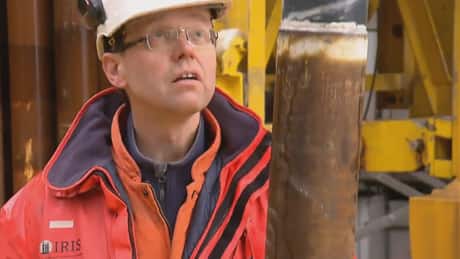 How Norway became rich off oil

6 years agoVideo
12:32
Norway has become rich by banking its oil wealth, an approach that was abandoned in Alberta. 12:32

In Stavanger, a quaint, seaside city on Norway's coast, a local newspaper publishes a series called "The Oil Kids" that reports on the lifestyles of wealthy second-generation beneficiaries of Norway's offshore oil riches.

"If you compare to our parents or grandparents which built this country, I think we're a little bit spoiled," admits Bjorn Knudsen, whose father worked for a large North Sea oil company.

"We are extremely lucky," says Bjorn's wife, Kristin Alne, a production engineer for Det Norske Olijeselsksap, an offshore oil company. "There are only five million of us [in Norway], and someone several decades ago was really smart to deal with the income from the oil industry to generate the welfare of this country as a whole."

S omeone several decades ago was really smart to deal with the income from the oil industry to generate the welfare of this country as a whole.- Kristin Alne, Norwegian engineer

They are lucky and Norway was smart. So smart that decisions made decades ago to bank the taxes from rich oil fields are now paying for their future at a time when oil-rich Alberta faces a multibillion-dollar deficit.

In the middle of Stavanger, a hulking oil museum charts oil's legacy and how it turned Norway from poor to prosperous. A real-time ticker counts up the Krone in the oil fund.

Norway today sits on top of a $1-trillion Cdn pension fund established in 1990 to invest the returns of oil and gas. The capital has been invested in over 9,000 companies worldwide, including over 200 in Canada. It is now the largest sovereign wealth fund in the world.

By contrast, Alberta's Heritage Savings Fund, established in 1976 by premier Peter Lougheed, sits at only $17 billion Cdn and has been raided by governments and starved of contributions for years.

"For the last 10 years, when nothing went into the Alberta fund, and we put a lot of money aside, the profit went out of Canada," says Rolf Wiborg, a petroleum engineer who recently retired from Norway's public service.

Wiborg, who studied at the University of Alberta and worked for a Norwegian oil company before joining Norway's Petroleum Directorate, says the key to success has been Norway's ethos of sharing and a commitment to never waver from that goal.

"We don't change our policies in Norway, with changes in the oil price – you can't do that," he says. "Lougheed's government in Alberta knew that, they made policies and then they left them behind."

Oil and gas make up 25 per cent of Norway's GDP, so the recent plunge in oil prices should have set off alarm bells in Oslo. Thousands of workers have indeed been laid off, but parliament is not painting a dire forecast for 2015.

Twenty-five years ago, when Norway set up its oil fund, it demanded high taxes from oil companies – 78 per cent after profits and the costs of research and exploration. One hundred per cent of those taxes were banked. The government is allowed to tap into the fund, but only up to four per cent. That leaves the principal untouched.

"We have low unemployment, we have growth, we have a huge surplus – that's a very robust start in the face of declining oil prices", she says confidently.

Norway did well by those rules. In contrast, Alberta and Saskatchewan – both endowed with oil and other mineral resources – took different routes with vastly different results.

Alberta and Saskatchewan both set up heritage funds (in 1976 and 1978, respectively), but Alberta, for example, only put in 30 per cent of royalties. The funds were consistently raided by governments of the day, and in Alberta, contributions petered out altogether by 1987. The Saskatchewan fund was terminated in 1992.

Those two provinces reveal important failures in the Canadian experience, says Greg Poelzer, a professor at the University of Saskatchewan and author of a recent paper on lessons from Norway.

"First, the failure to contribute annually means the fund will not grow and one-time earnings from non-renewable resources are lost forever," he says.

"Second, governments should only use the interest, otherwise governments will overspend, putting programs at risk when the prices fall, as they always do."

Norway is not immune to oil's fluctuations. Statoil, a Norwegian company that is 67 per cent owned by Norwegians (another fiscally wise decision, according to Rolf Wiborg), has shed eight per cent of its workforce, with more to come.

"This is the lean approach, fundamentally," says Statoil CEO Eldar Saetre, explaining that the big oil companies have to bring down the costs of production, and automate more of it.

Saetre says the industry is in a phase of permanent reduction and downsizing. "This is not about taking down activity and then thinking it will come back," he says.

Norway's conventional oil reserves – like those in most of the world – are diminishing. Bente Nyland, head of Norway's Petroleum Directorate, says development will continue on a large, promising new find, Johan Sverdrup, but many of the North Sea fields are maturing.

"The main impact we see is that exploration is put on hold," she says. All the more reason to be vigilant about what comes out of existing fields. "Our goal is to ensure the benefit from the oil activity goes into the Norwegian pension fund."

Like petro-economies around the world, Norway is facing a future where oil is not the golden goose it once was.

"We are facing a turning point where oil and gas will no longer be the engine of growth," warns Finance Minister Jensen. "We need to make sure that we are able to transform our economy towards broader markets."

But for now, the country's smart planning is a significant hedge against an uncertain future, says Farouk al Kasim, an Iraqi geologist who emigrated to Norway in 1968.

'It is nice to have the fund behind us, because without it we would have been a very worried nation.' - Farouk al Kasim, geologist

"They were very determined that the major share of the profit would have to be to the citizens of the country, and that's how it is today," says al Kasim, who was knighted in 2012 by the Norwegian king for his expertise managing Norway's resource.

But what about today, with the price of oil half of what it was six months ago?

"It is nice to have the fund behind us, because without it, we would have been a very worried nation."