Canada's newest airline launched Wednesday, but if history is any guide, NewLeaf could have a bumpy journey ahead of it.

If history is any guide, NewLeaf could have a bumpy journey ahead

But if history is any guide, NewLeaf could have a bumpy journey ahead of it.

"We've seen a lot of airlines come and go," said Barry Prentice, a professor at the Asper School of Business at the University of Manitoba, adding that Canada's airline woes have to do with "the nature of our market."

Canada's population distribution is more spread out than the U.S. and Europe, where shorter flights mean lower prices and more passengers.

Price competition, fuel costs and the Sept. 11 attacks in the U.S. have challenged the Canadian airline industry over the years.

Here are a few airlines that didn't make it. 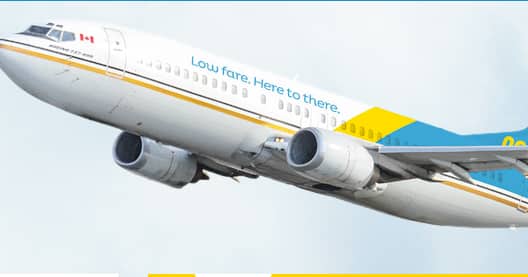 It became Canada's second largest airline in 2001 when it acquired CanJet and Royal Aviation, but demand for air travel dipped along with the economy, falling off even more after the Sept. 11 attacks.

Jetsgo was a discount airline that suddenly ceased operations in March 2005, stranding an estimated 17,000 passengers right at the start of March break, one of the busiest travel times of the year.

Founded in June 2002 with the remnants of Canada 3000, the Montreal-based airline lost $55 million in the eight months ending in February 2005.

Jetsgo's demise ultimately came from its inability to match low prices offered by competitors, namely Calgary-based WestJet, despite owning up to 10 per cent of the domestic market.

"[Jetsgo was] an airline trying to fight a price war without a war chest," said Joseph D'Cruz of the Rotman School of Management.

Jetsgo, whose motto was, "Pay a little. Fly a lot," famously charged just $1 for some seats.

The Halifax-based company laboured to make money amid competition in the Atlantic market by rivals Air Canada and WestJet, and suspended their flight operations indefinitely in September 2015, following rounds of layoffs and dropping flights to Europe earlier that year.

At its height, CanJet operated 10 planes, but was reduced to a single Boeing 737 in its charter fleet by the time operations were suspended.

One of the country's first discount air carriers was Wardair, formed in 1953 by bush pilot Max Ward in Yellowknife.

Bucking Canada's airline establishment — which once caused Air Canada to deploy spies against him — Ward was able to turn an operation with one float plane into the country's third largest airline.

However, Wardair experienced "cash flow problems" and was sold to Canadian Airlines in 1989.

Canadian Airlines was itself a byproduct of airline reincarnation.

In 1999, Canadian Airlines was swallowed up by Air Canada, along with its $3.4 billion debt.