'Problem for an entire gender': Boys, men not adapting to changing job market

Male-dominated industries are disappearing, leaving a pool of men with largely non-transferable skills unemployed. And the next generation of boys are not getting the education they need to prepare for a changing job market.

Opportunities in female-dominated industries like elder care on the rise, but men staying away

Giovany Dauphin knows one job — welding — and he's been unable to find work in his field for three years.

"I find to make a living in welding, you have to knock your head all over the place, because the contract jobs are few and far between," he said.

He is not alone.

Male-dominated industries are disappearing, leaving a pool of men with largely non-transferable skills unemployed. And the next generation of boys are not getting the education they need to prepare for a changing job market.

Experts say men are not adapting.

A welder for most of his professional life, Dauphin worked at railway car manufacturer National Steel Car in Hamilton, Ont., until he was laid off in 2012. At 46 years old, he says he recalls the "good old days" when he believed he would be financially secure well into retirement by doing what he is good at.

But for skilled tradesmen in Canada it has become almost impossible to survive in their industries.

Work that was traditionally considered male, such as mining, oil and gas production, wheat farming and auto manufacturing has been on a downward slide for the past decade. In just the past four years, nearly 70,000 jobs were lost in the manufacturing and agriculture sectors combined across the country.

Opportunities in female-dominated industries have continued to expand, Swartz says, but men have not been gravitating toward those jobs.

Nearly 200,000 jobs were created in the health care and social service industries over the past four years in Canada. Yet in 2016, only 10 per cent of registered nurses and 12 per cent of health care aides were men.

"It's sociocultural," Swartz said. "There is still an attitude that we leave those jobs for women — men don't do those kinds of jobs."

There has been little to no effort to attract men to these positions or recruit them into training programs, but perhaps an even bigger barrier is the wage gap.

"In a lot of these female occupations, they are not really paid well," Swartz said. "If you lost a high-paying job, you don't want to move too far down the ladder. We still have wage discrimination in the labour market."

The most recent data from Statistics Canada showed that female workers — including full-time and part-time — earned an average of 66.7 cents for every dollar earned by men, or 72 cents when measuring full-time wages alone,

At the height of Dauphin's career, he was making $37 per hour. Compare that to the pay of a personal support worker — a position that requires similar amount of education — which in Ontario pays a minimum wage of $16.50.

'This is a boy issue'

Swartz says boys and men need to start thinking about alternative career options or "this will continue to be a problem for an entire gender."

The problem, he says, starts in school.

And it's not confined to Canada. An OECD report in 2012 showed that 15-year-old boys were underachieving in basic proficiency in math, reading or science in every OECD country.

At one Toronto area school, teachers have taken notice.

"This is a boy issue," says John Mason, who teaches Grade 12 communications at Port Credit Secondary School in Mississauga.

A few years ago, he started a boys' club at the high school where male students from Grade 9 to 12 get together at lunch to play sports, hang out with other boys and receive some guidance from male faculty. The idea is to encourage boys to engage more in school and hold their attention throughout the day.

"Boys are making up 70 per cent of dropouts. Girls are outperforming boys at every single level from elementary through high school," Mason said.

"This has got to change."

What is men's work?

Mason said he is concerned boys are not moving toward more female-dominated industries.

"You can see that sort of hands-on labour jobs, typical of what many males will move towards, are vanishing," he said. "We are becoming a much more automated world. [It's] even more important that we need to start doing more to engage boys in those [other] areas."

When asked what he considers to be a typical male or female job, ​17-year-old Shawn Robinson, a member of the boys' club, said he sees male work as something physical, where you are "just always doing something active."

Women's work, he said, is a job like a doctor or something that requires "good organizational skills" —although he admits these stereotypical divisions are changing.

"You see more male nurses,. You see more women in auto shops or as an electrician or something like that," he said.

Mason said there have been various efforts over the years to encourage girls to go into traditionally male-dominated industries, such as policing, firefighting and technology, and that boys should be similarly encouraged to go into nursing, elder care or early childhood education.

"We need to keep encouraging girls," he said. "But we need to start doing this for boys, too." 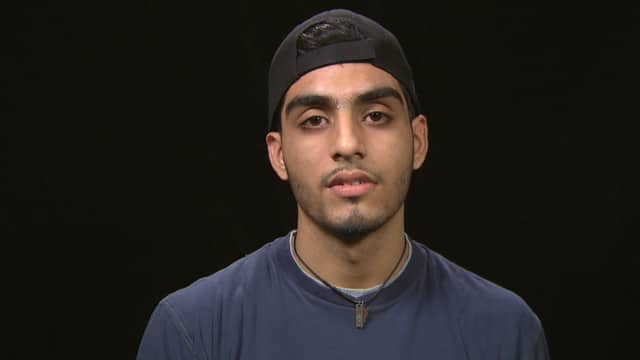 4 years ago
1:25
Boys at Port Credit Secondary School in Mississauga, Ont., talk about what they consider to be typical male jobs versus women's work. 1:25

But for older generations, the transition might not be that straightforward.

Dauphin says he will build his skills wherever possible but hasn't yet moved outside the realm of trade work. He meets with a career counsellor and spends many days scouring the job posts at the job centre of the local United Steelworkers union.

"I still carry my clock number — you know, my ID from National Steel Car," Dauphin said. "I just want to see a job come and stay."

Angela Hennessy is an associate producer for The National. Before landing at CBC in 2015, Angela was a reporter for various Toronto news outlets. She graduated from Ryerson University with a degree in journalism and also has a bachelor of arts and international relations from Western University.

With files from Nicole Brewster-Mercury