All-day breakfast starts at most McDonald's across Canada

1,100 locations across Canada now serving breakfast through the day

Most of the chain's 1,400 restaurants will participate in the plan. Many of the fast-food chain's breakfast items are now available past the previous 11 a.m. cutoff, including Egg McMuffins, the Bacon 'n Egg McMuffin, the Sausage McMuffin and Sausage 'n Egg McMuffin breakfast sandwiches, along with Hotcakes, Hotcakes with Sausage, and Hash Browns.

The move comes after a successful pilot project at 20 locations across Canada in January was well-received, the company said.

The ubiquitous burger company introduced all-day breakfast in the U.S. in October 2015. The company had said having breakfast available after 10:30 a.m. was the No.1 request from consumers.

"We're now excited to offer our guests our world famous breakfast whenever they want it," McDonald's Canada president John Betts said in a release.

Breakfast is fast becoming one of the most sought-after markets in the war between fast-food chains to attract customers.

According to market research firm NPD Group, 1.24 billion of the 6.5 billion visits to Canadian restaurants between December 2015 and November 2016 took place during breakfast. That's an increase of 6.3 per cent compared to the same time period over previous years, and it's growing even as visits to restaurants during lunch and dinner hours aren't. 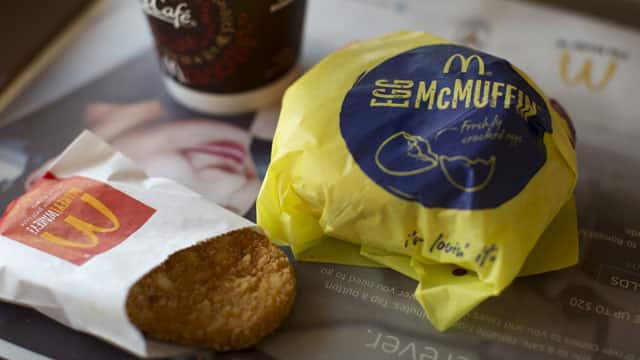 4 years agoVideo
1:58
CBC's Jacqueline Hansen reports on a new battle breaking out in the restaurant business 1:58

Robert Carter, the executive director of food service with NPD said millenials are what's driving demand for breakfast all day long. "This 18-34 year old consumer," he said in an interview, "they're the highest users of restaurants in today's marketplace overall. So they are driving the growth."

Rival chain A&W isn't worried about losing burger business, which is why it is also moving toward all-day breakfast after its own pilot project with 40 locations was well received.

"We've seen really big growth," A&W president and COO Susan Senecal said in an interview with CBC News. "We've found a lot of people are choosing to have their breakfast with us, and we see them back at lunchtime ... so that's always a good thing."