University of Calgary researchers say they've developed technology to prevent spills from new or existing oil and gas pipelines. But what does it cost?

In a basement laboratory at the University of Calgary, a pair of researchers say they have a solution to one of the key problems facing the oil and gas pipeline industry — spills.

The researchers say their system, which combines real-time monitoring and an outer layer around a pipeline, would better protect the environment and save the reputation of the industry by eliminating leaks — though it would come at a higher cost.

"We have a fully functional prototype that illustrates completely the feasibility of the technology," said Martin Mintchev, an engineering professor at the University of Calgary. 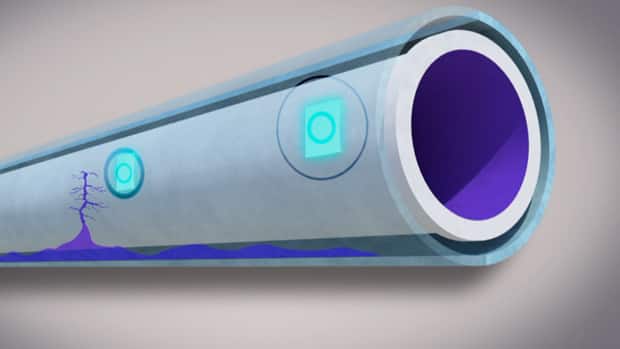 3 years ago
1:57
University of Calgary researchers offer a safer design with zero cleanup costs that would benefit the industry and environment 1:57

Their design surrounds a pipeline with a larger pipe, made of steel or plastic. A space between the pipeline and the outer layer contains any leaks, and that's also where a wireless monitoring system can immediately detect any spills, pinpoint the location and gauge the severity.

The challenge now, said Mintchev, is "the will of the industry to innovate and invest in environmental protection issues."

For decades the pipeline industry operated in near obscurity, but in recent years the sector is at the forefront of political, environmental and economic debates in Canada. Pipeline spills are highly publicized, and those leaks are one reason why proposals for future projects are contentious.

"We want our society to be calmer on this issue, because we have a technological solution for leakage problems from pipelines," said Mintchev. We know how to implement it. It is not that expensive compared to the damage eventual leaks can do."

Spills, like Enbridge's notorious 2010 pipeline rupture that poured 3.3 million litres of oil into Michigan's Kalamazoo River and cost more than $1 billion to clean up, happen infrequently considering how much oil and gas pipelines transport across the continent every day.

Regardless, leaks have begun to erode public confidence in pipeline safety. A poll last year found 40 per cent of Canadians supported a moratorium on new oil and gas pipelines.

Pipeline companies use advanced technology to monitor their infrastructure and keep a close eye for any leaks. For instance, Calgary-based TransCanada spent more than $1.5 billion on preventive maintenance programs in 2015, which included more than 700 digs to check pipeline integrity. Drones, pressure sensors and even specially trained dogs are used by industry to inspect pipelines, while other techniques are being developed.

"It is not enough," said Thiago Valentin de Oliveira, an electrical and computer-engineering master's student working on the project. "There is a major reason why — all of those monitoring systems that have been proposed in literature, they only detect leakage after it has happened. Our technology not only detects a leak, but also prevents it from happening. That is more important than anything."

The price to protect

Ideally, the researchers would like pipeline companies to use their technology on existing pipelines in sensitive areas, such as near rivers and lakes. They estimate their pipeline design could cost at least 25 per cent more to build, but that could be reduced if the outer protective layer was made of composite material or plastic, instead of steel.

"Compared to the cost of a leak and to the public relations damage that this leak causes combined with further difficulties developing further pipelines, we find the cost very easily bearable," said Mintchev.

If companies are not interested in licensing their leakproof pipeline system, the researchers plan to launch their own startup to produce, deliver and install their equipment. 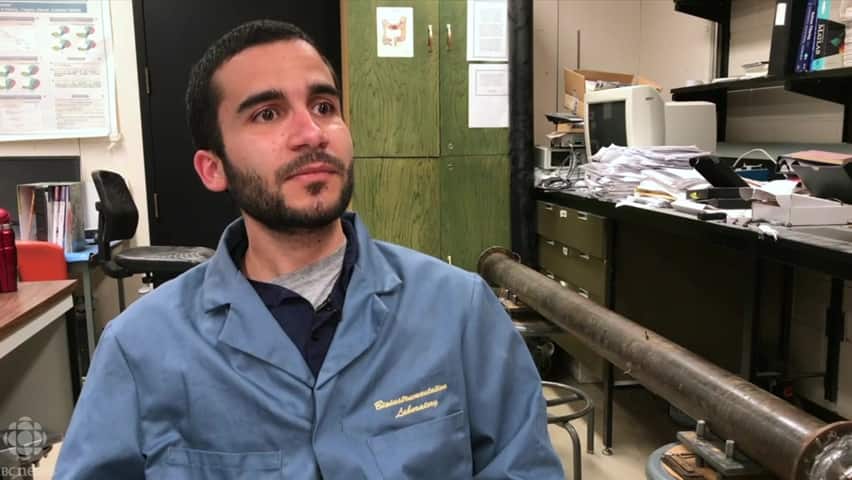 New pipeline technology developed by U of C researchers

3 years ago
0:28
Thiago Valentin de Oliveira explains the benefits of the leak-free pipeline system he has developed. 0:28

Valentin de Oliveira and Mintchev have a patent pending and will be presenting their leakless pipeline system at the Global Petroleum Show in Calgary next month.