While coffee roasters have become a dime a dozen across the country, B.C.-based Kicking Horse Coffee has done well with a combination of good timing, sassy marketing and creating a premium product.

After sale to Lavazza, company wants to sell its 'wake up and kick ass' coffee around the world 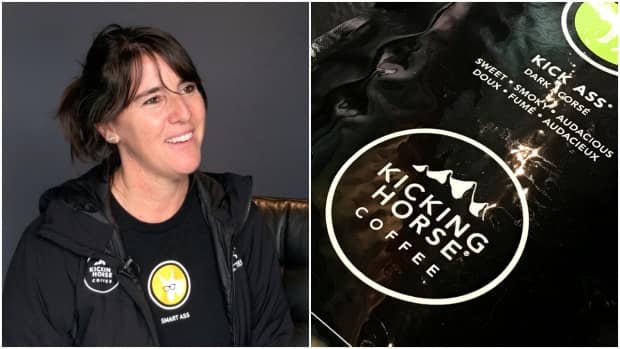 3 years ago
0:34
Kicking Horse grew from roasting beans in a garage to shipping orders to thousands of stores across Canada and the U.S. It's sold in grocery stores, in cafés and online. 0:34

The reaction was instant in the community of Invermere, in southeast B.C., when the news broke that Kicking Horse Coffee was sold to Italy's Lavazza.

Instead of concern over a European conglomerate taking over the business and new owners who might close down the local operations, residents were thrilled about their small town success story.

Kicking Horse grew from roasting beans in a garage to shipping orders to thousands of stores across Canada and the U.S. It's sold in grocery stores, in cafés and online.

Everything we did was counter and it was just because we were naive, we didn't know any better- Elana Rosenfeld , Kicking Horse Coffee

Italian coffee giant Lavazza is acquiring an 80 per cent stake in the business, which will roast more than seven million pounds of coffee this year at its Invermere facility.

"We started with a fruit stand on the side of the road," said Rosenfeld in an interview in the staff room. "So a lot of people in this community have known me for 25 years, known where we started, and everyone is very, very proud."

While coffee roasters have become a dime a dozen across the country, Kicking Horse Coffee's secret is a combination of good timing, sassy marketing, and creating a premium product, Rosenfeld says.

The Lavazza deal values Kicking Horse Coffee at $215 million. But the road to such substantial growth hasn't been easy.

Rosenfeld's split with her partner Leo Johnson in 2012 nearly led to a complete sale of the company, but instead an equity investor was brought in. Meanwhile, the company's first foray into the United States failed, as there wasn't a clear strategy to break into the massive market.

Despite setbacks, the company continues to grow and she aims to expand globally within the next five years.

Rosenfeld developed her love of coffee over hundreds of hours in Montreal cafés while studying at McGill University. She credits that experience for her company's success, even though she wasn't in the business school.

"I basically studied ethics for four years and that's my approach to business," said Rosenfeld. "I have a vegetable garden. I'm not going to use herbicides and pesticides, so why would I buy non-organic coffee beans for my business?"

Kicking Horse is one of the largest organic and fair trade coffee roasters in Canada. 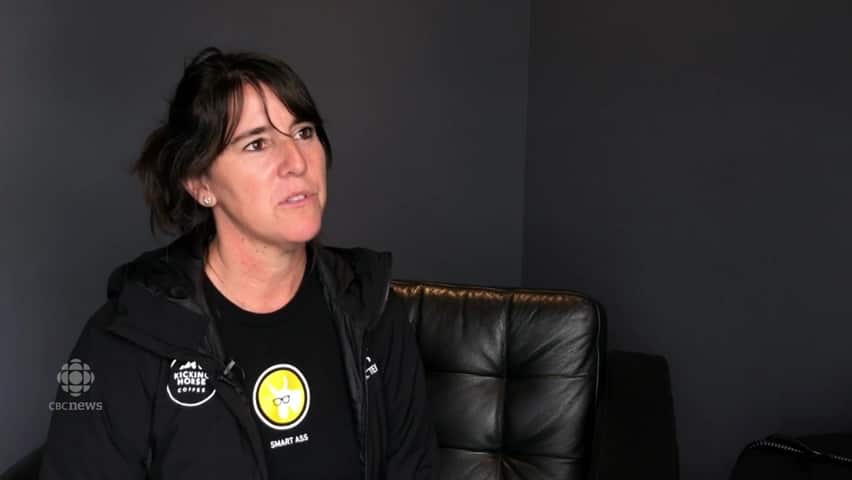 3 years ago
0:50
Kicking Horse Coffee is a small town success story as its grown from roasting beans in a garage to shipping orders to thousands of stores across Canada and the U.S. 0:50

In addition, Rosenfeld and her partner only wanted to sell whole beans, even though coffee grinders in households were pretty rare at the time. They were stubborn about that decision. As the company was trying to gain a foothold in Canada, grocery store giant Loblaws offered to buy $1 million worth of coffee if it was ground.

"The whole market was ground. Everything we did was counter and it was just because we were naive, we didn't know any better," said Rosenfeld. "We were just following our own passion of what we wanted to do."

The first shipments of Kicking Horse Coffee were packed in used boxes and sent on the Greyhound bus to grocery stores in the late 1990s.

At the time, Starbucks had about a thousand stores and was adding hundreds more every year. With every vanilla latte and caramel macchiato the Seattle coffee chain sold, North Americans began acquiring a taste for a higher quality cup of coffee.

"Certainly, Starbucks paved the way for coffee education and opened the door, so I have a lot of gratitude to them," said Rosenfeld. "My company would not be half of where it is today if it had not been for those pioneers in the forefront." 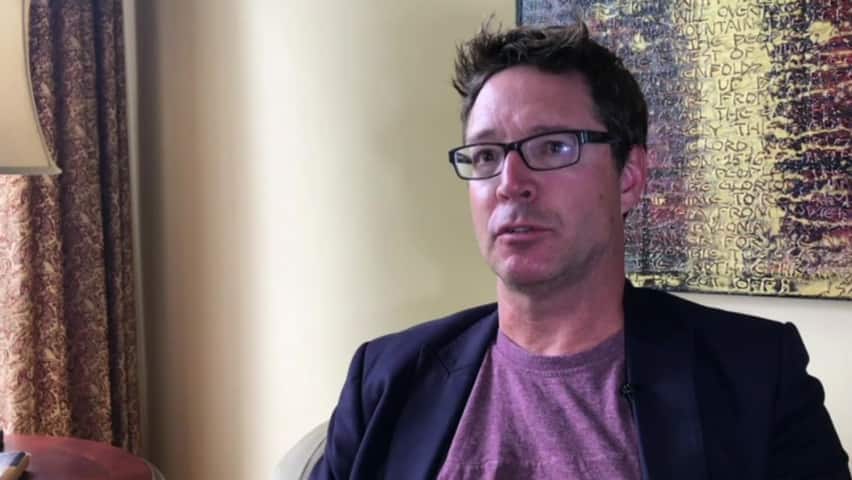 Why Lavazza was attracted to Kicking Horse Coffee

One of the reasons experts say Lavazza had interest in Kicking Horse Coffee was because coffee sales in parts of Europe are stagnant, while they keep climbing in Canada.

"[Kicking Horse Coffee] hit the market at a very good time. Canada's got one of the largest per capita consumption bases in the world and it's growing," said David Finch, a marketing professor at Mount Royal University in Calgary.

Besides being based in the Kootenay mountains, Kicking Horse Coffee has developed a folksy, artisanal brand. Its choice of marketing shows the company doesn't take itself too seriously.

Its coffee blends include cheeky names like Half Ass, Smart Ass, Kick Ass, Cliff Hanger Espresso and 454 Horse Power, named after the size of one employee's truck engine.

The names and descriptions are fun, cheeky and helped differentiate the company from the other packages in the coffee section of grocery stores.

With the Lavazza deal in place, Rosenfeld is shifting her attention to expanding Kicking Horse even further. She wants to increase sales in Canada and the U.S., before looking overseas.

She wants to be in places like Scandinavia, Germany, England, Australia, New Zealand and Japan, among others.

"I would say for sure within the next five [years], maybe not in the next two, but we'll see," she said.

One of the challenges will be maintaining the spunky, down-to-earth brand while growing ever larger away from its home in Invermere. In the community at least, there seems to be few concerns about losing that identity, even with the ownership change.

Rosenfeld says she is not worried about cutbacks under a new owner.

"It's such an old school way of looking at things," said Rosenfeld. "They are not looking at our operational capacity because our volumes are very small compared to theirs. They understand our brand, and our culture, they understand the fit in the North American market and where our brand fits."

With 120 years in business, Lavazza can provide the expertise and resources as Rosenfeld sets her sights abroad.

"I think there is tremendous opportunity for us to be worldwide and to really be spreading that Kicking Horse love."