'There is no Plan B': What Trump's Iran sanctions could mean for global business

Despite telegraphing his intentions for months, U.S. President Donald Trump's decision to withdraw from a nuclear deal that his predecessor signed with Iran threw the geopolitical world into turmoil on Tuesday, casting uncertainty on the outlook for businesses worldwide. 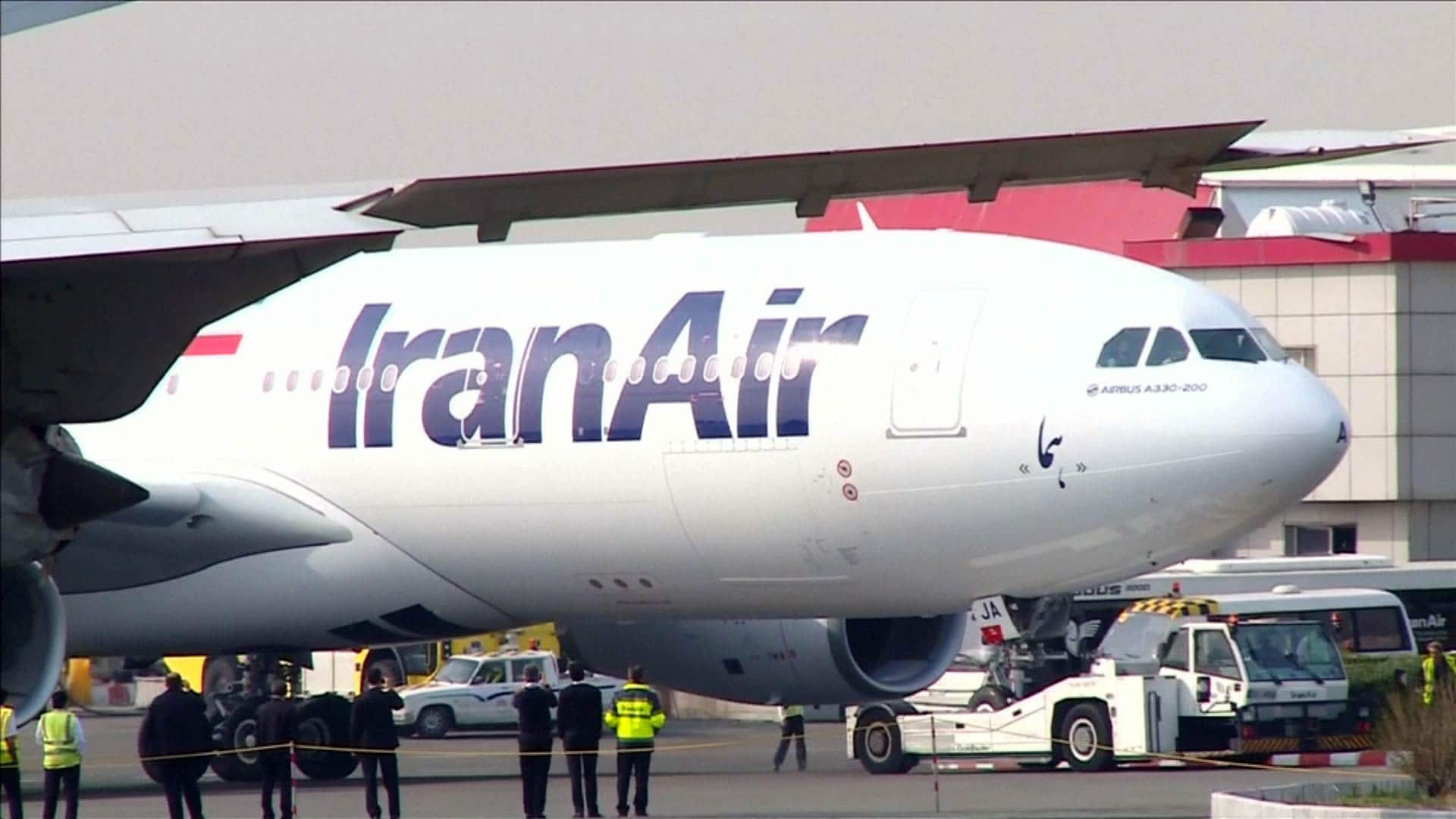 3 years agoVideo
3:29
Jacqueline Hansen reports on the economic implications of the U.S. pulling out of the Iran nuclear deal. 3:29

Despite telegraphing his intentions for months, U.S. President Donald Trump's decision to withdraw from a nuclear deal that his predecessor signed with Iran threw the geopolitical world into turmoil on Tuesday, casting uncertainty on the outlook for businesses globally.

Here's a look at some of the major implications on the business community, after Trump announced the U.S. is pulling out from the Joint Comprehensive Plan of Action (JCPOA), which was negotiated and implemented under Barack Obama's presidency:

By the letter of the law, the impact of Trump's decision is negligible. Canada wasn't a signatory to the JCPOA, and in fact has its own similar set of sanctions against Iran already in place — although many had been lifted before Tuesday's developments.

That's about 0.02 per cent of Canada's total exports, and nothing that happened on Tuesday is poised to change that in either direction. But while Canada may set its own laws on trade, it's unrealistic to think that Canadian companies would do anything to earn the ire of the U.S., which is a much more significant trade partner for them.

When U.S. sanctions were removed in 2015, Canadian companies mobilized to try to take advantage of the suddenly open market, but little concrete progress has been made in the years since.

Bombardier announced a deal for up to a dozen business jets earlier this year, from an unnamed customer that was believed to be an Iranian airline. Multiple media reports identified the buyer at the time, but the company has yet to confirm that.

The company did not reply to multiple requests for comment from CBC News on Wednesday, updating the status of its dealings in the country.

Bombardier may have been dipping its toes into the water, but U.S. rival Boeing had jumped in head first. Boeing signed a deal in 2016 with IranAir to sell 80 aircraft with a list price of some $17 billion US, promising that deliveries would begin in 2017 and run until 2025. The airline later struck another 30-airplane deal with Iran's Aseman Airlines for $3 billion US.

While the company had yet to deliver any of those planes, both of those deals are now dead in the water. "Boeing is going to suffer tremendously from this," Bessma Momani, a senior fellow at CIGI, told CBC News in an interview on Tuesday. 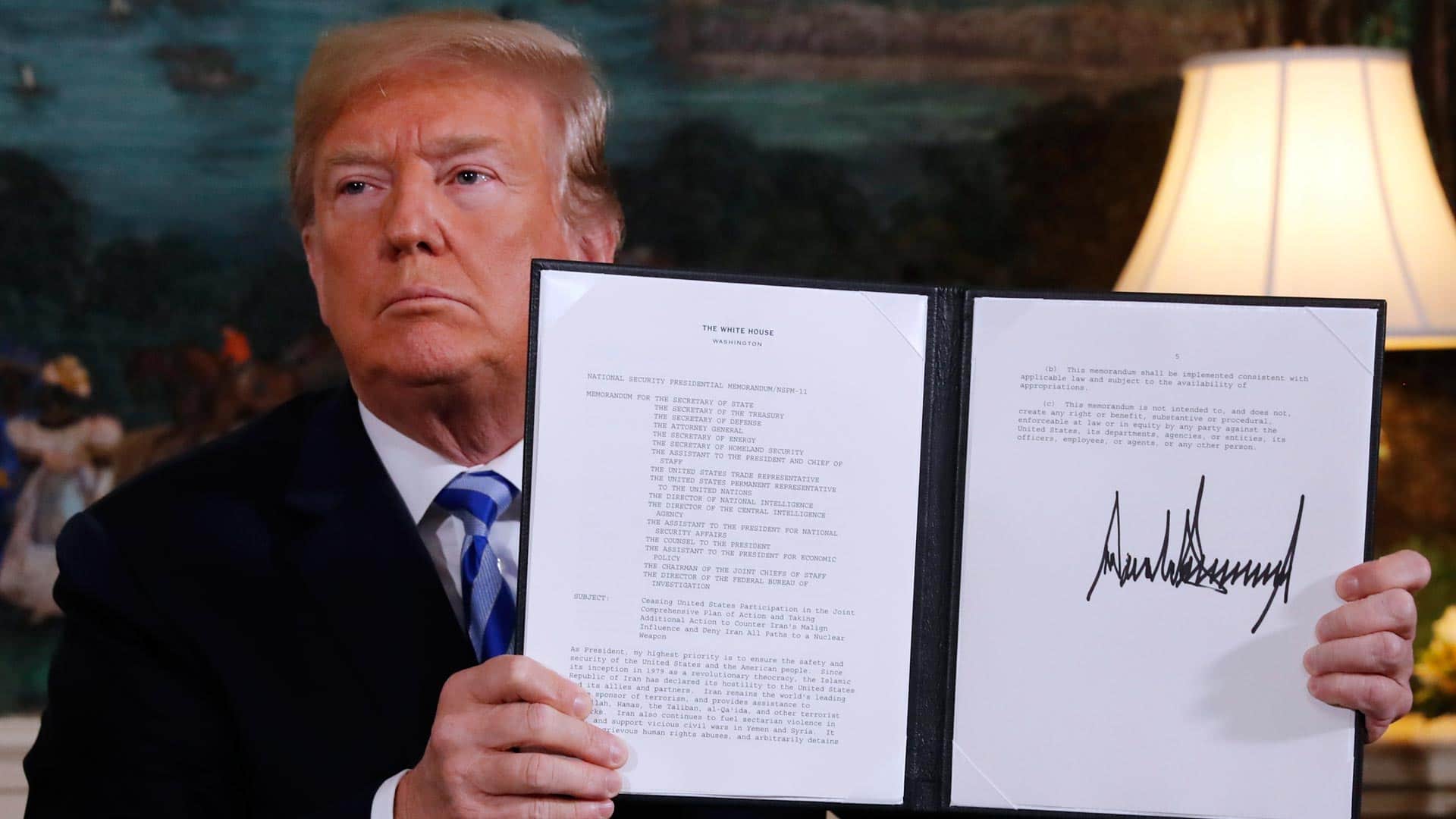 3 years agoVideo
5:19
Bessma Momani of the Centre for International Governance Innovation of the U.S. pull-out from the Iran nuclear deal. 5:19

"This was an important deal which they had signed to really basically re-outfit most of their fleet."

So what happens to those jets now is anyone's guess. But it's not an encouraging sign for any other countries that had put pen to paper on deals to supply products to Iran.

Iran is the fifth largest oil exporter in the world, pumping out 2.5 million barrels a day. So the impact of the U.S. imposing sanctions that may include limiting oil exports is significant. The last time sanctions were in place, the country's oil exports were cut by more than half, and the main buyers of what was left were China, India and other Asian nations.

If European nations follow the U.S.'s lead and reimpose oil sanctions, it could take as much as one million barrels of oil per day out of the Western market. In a worst-case scenario, Bank of Montreal economist Sal Guatieri said Wednesday that could be enough to push crude prices up by as much as $10 a barrel.

While he didn't put a number on it, Nomura analyst Bilal Hafeez said the impact on oil will be significant. Trump's move "will likely keep geopolitical tensions high in the Middle East, which in turn will keep oil prices at high levels."

As an oil exporter, Canada will obviously feel the effect of a surging oil price. But given the pipeline and rail problems that Canadian oil companies have had getting their product to market as it is, it's not likely that Canada would be poised to benefit in any tangible way.

While transportation and the energy sector had the most skin in the game, other companies also rushed into the country in the aftermath of the JCPOA.

French carmaker PSA Peugeot Citroen reached a deal in 2016 to open a plant producing 200,000 vehicles annually in Iran, while rival Groupe Renault signed a $778-million US deal to build 150,000 cars a year at a factory outside Tehran.

"The Renault Group is closely monitoring the evolution of the diplomatic situation," the company said in a statement to The Associated Press, without elaborating.

"Currently we are tracking and examining the development of the political and economic environment in the region very closely," the German carmaker said in a statement. "In principle, Volkswagen adheres to all applicable national and international laws and export regulations."

All of those deals are technically still above board, since only the U.S. has pulled out of the deal, while European signatories are still committed to it. But long term, that seems untenable.

"Iran will be on fragile footing," Altacorp Capital analyst Nicholas Lupick said in a report on Tuesday. "If the U.S. follows through with their threats, we believe that the deal with the remaining signatories is unlikely to survive."

European companies' officials may have been choosing their words carefully, but the newly minted U.S. ambassador to Germany, Richard Grenell, did no such thing, bluntly telling any German companies doing business in Iran to "wind down operations immediately."

As <a href="https://twitter.com/realDonaldTrump?ref_src=twsrc%5Etfw">@realDonaldTrump</a> said, US sanctions will target critical sectors of Iran’s economy. German companies doing business in Iran should wind down operations immediately.

Beyond any gains and setbacks among individual companies and sectors, the real loser of Tuesday's move is likely to be global geopolitics, which Ian Bremmer of risk consultancy firm The Eurasia Group said was already unsteady.

"It's one more strike in the face of globalism," he said in an interview Tuesday.

"The U.S. is telling its European allies to drop dead," he said. "There is no Plan B."