While many Canadian oil and gas companies are investing in renewable energy projects in the country, Imperial Oil won't be joining them anytime soon.

While many Canadian oil and gas companies are investing in renewable energy projects, Imperial Oil won't be joining them anytime soon.

After Imperial's presentation at its annual general meeting on Friday failed to mention anything about green energy, 91-year-old shareholder Eric Wicherts wanted to know why.

"What is Imperial doing [about] research or development in renewables?" asked Wicherts. "I may suggest solar or wind possibly. I know if the wind doesn't blow you don't get energy, the sun doesn't shine you don't get energy.  But, after all, it is a very much developing situation all over the world. Maybe Imperial could take part in this."

CEO Rich Kruger replied by suggesting the company is focused on producing oil and gas for decades to come, although it looks at renewables every now and then.

"We periodically look at alternatives. The vast majority of alternatives today, renewables, have a pretty heavy subsidy requirements to make them commercial," said Kruger.

"I'll never say never, but our efforts are focused on what we have and our view of the world, the strength of our assets, their long term value. [Those efforts] are indeed focused on oil and gas." 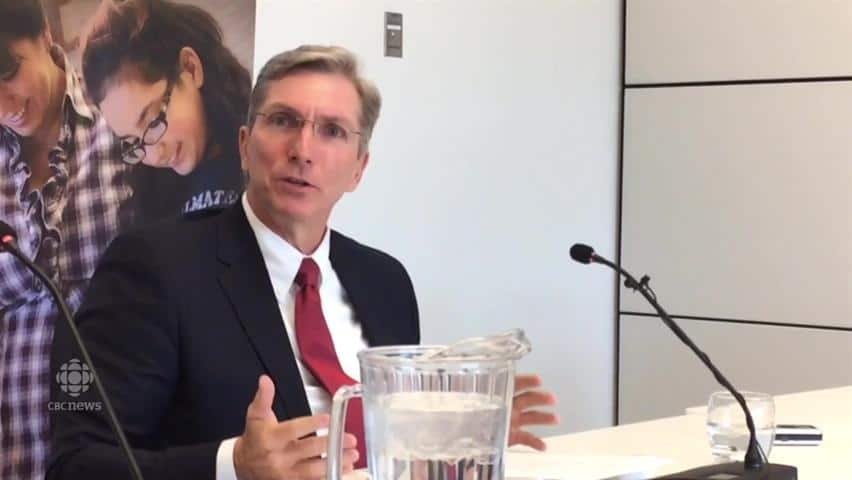 Rich Kruger on not investing in renewable energy

5 years ago
1:16
Imperial Oil's CEO is asked why the company doesn't invest in green energy projects. 1:16

That's why the company is spending its research dollars on improving production at its facilities and trying to reduce emissions. Its Kearl mine is regarded as one of the most efficient facilities in the oilsands.

Traditional oil and gas companies are constructing much of the green energy projects in the Canada.

Capital Power, for example, has several wind and solar power plants in North America, while also operating a coal mine and coal- and natural gas-fired plants.

The main source of revenue for TransCanada Corp is its oil and natural gas pipelines, but the firm also owns wind and hydro power plants.

Imperial has faired better than most of its Canadian oil and gas competitors during the current downturn as it has yet to cut any of its staff members.

The plunge in oil prices caught up to the company in the most recent quarter as it posted its first loss in 22 years.

Imperial lost $101 million in its latest quarter. Revenue and other income totalled $5.22 billion, down from $6.2 billion a year ago.