From crypto to housing, collapse of speculative wealth could refocus investment on real growth

The Bank of Canada predicts interest rates will rise further, and as one famous investor said, it's only when the tide goes out that you see who has been swimming naked. Despite the pain of falling speculative assets, higher rates could force investors to find wiser ways to use capital and precious labour.

Investors hoping to make a killing as cryptocurrencies rebounded from this year's plunge in valuations got a rude surprise last week after one of the most trusted exchanges for crypto trading, FTX, filed for bankruptcy.

But while old-school financial advisers may be tut-tutting at young and inexperienced crypto investors who they say should have known better, there are new signs a decline in speculative investments may be part of a trend that goes far beyond bitcoin and its many imitators.

Suddenly things like house prices, tech company valuations and fintech innovations, including cryptocurrency, that so recently seemed to be shooting for the moon are coming back down to Earth.

Although many people are getting their fingers burned as soaring speculative investments slump, there are those who say the trend will benefit the economy.

Instead of encouraging get-rich-quick speculation, rising interest rates mean a return to the old-fashioned kind of investments that use money and workers more efficiently to create real economic value.

Some experts say that the most recent bitcoin decline does not mean that the financial innovation of cryptocurrencies has come to a dead end. Nor is housing or the new technology implicit in social media companies such as Twitter or Meta's metaverse innately bad or useless.

But as interest rates rise and money gets tight, suddenly what seemed like an investment that couldn't lose has been exposed as one where the business model simply does not justify that optimism.

"A rising tide lifts all boats," goes a familiar business aphorism. But Warren Buffett, a longtime advocate of slow growth, has added another that has become almost as famous: "Only when the tide goes out do you know who's been swimming naked."

But as central bankers raise interest rates, it is not just reckless speculators and mismanaged businesses that are suffering, said Lisa Forbes, a manager at SEED Winnipeg, a non-profit that teaches business skills and helps to find small loans for new entrepreneurs.

"I'm working with people who [have what] you probably call ... micro businesses," said Forbes, whose clients often run single-person businesses such as cleaning contracts, small catering services or e-commerce retail.

Forbes grew up in Winnipeg, but her family comes from Peguis First Nation — about 100 kilometres north of the city — and many of her clients have indigenous backgrounds. She said rising interest rates are already hurting.

More and more, small self-financing entrepreneurs are reluctant to leave safe jobs and throw themselves into riskier ventures.

"The incredibly fast increase in interest rates is making it so that we've got people that are shy about wanting to get a loan," Forbes said, adding that can mean their business never starts or is under-capitalized and ultimately unsuccessful.

While much bigger, Software as a Service (SaaS) startups and their venture capital backers — the backbone of recent tech business growth — are also retreating from risk, with reports of North America-wide business failures.

"The fact is that the glut of capital in the past few years has resulted in too many companies in every market," Nick Mehta, CEO of the software company Gainsight, wrote in Inc.com earlier this year.

Canadian central bankers going back to at least governor David Dodge have worried about whether the economy is using its financial and human resources efficiently. In the past, economists warned that low rates would create zombie companies and prevent the self-renewing process of creative destruction.

Cheap and available money can be a godsend to new entrepreneurs, but Mark Kamstra, professor of finance at Toronto's Schulich School of Business at York University, is one of those who has worried that the cost of borrowing had recently become too low.

Especially as interest rates fell below the rate of inflation, investors were able to make money doing things that added little value to the economy. 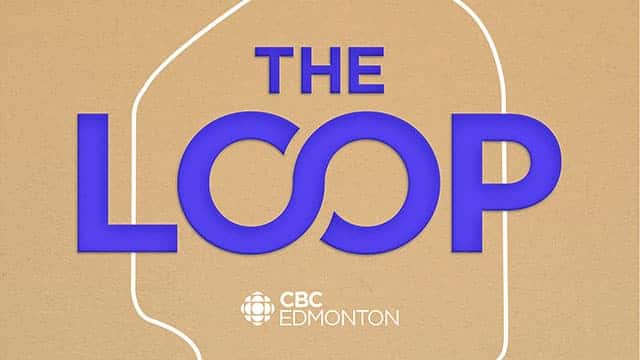 The Loop35:32The cursed bird app
This week: what’s up with Twitter? University of Alberta professor Timothy Caulfield and Sarah Dharshi, content strategist for Edmonton Mayor Amarjeet Sohi, join host Clare Bonnyman to dig into what the platform means. Plus, technology columnist Dana DiTomaso joins the show to talk about Elon Musk's purchase of Twitter — and the platform's potential future.

"This is a feature of low interest rates that's really very troubling," Kamstra said after teaching a class last week. "You've got people who've an incentive to look for investments that pay very little because you can make money on a one per cent return."

The extension of that kind of thinking can lead to individuals or businesses borrowing huge amounts of money, called "leverage," for investments that make no money at all in the hope of eventual profits. Higher interest rates, Kamstra said, mean that collectively, we invest our resources more wisely.

He said this same kind of thinking can apply to real estate, where the arithmetic changes as interest rates go up.

In a world with scarce resources, he said, it may be a waste to pour money into tech startups or retail businesses or granite countertops that produce low yields, when instead you could put your money into a more difficult high-yield business such as mining and processing lithium that the world desperately needs to fight climate change.

As Bank of Canada governor Tiff Macklem discussed last week, one of those scarce resources is human capital, and Kamstra worries many of his students are going into low-yield technology businesses because they offer stock options and pay well now but might not last. "What if that's all just kind of a bubble?"

When it comes to cryptocurrency, Kamstra said he was skeptical when prices rose to last year's highs, but he says that doesn't rule out their future use as an innovation to reduce the high cost of finance.

But it's not just older, traditional financial experts who are convinced that cheap capital and speculative fever got out of hand in the rush to cryptocurrency.

"The bitcoin bubble, and the overall hype around cryptocurrency and blockchain technology, can be compared to the dot-com bubble," Larisa Yarovaya, who researches financial technology and market contagion at Britain's University of Southampton, said in an email interview.

It is no surprise to her that reports of the bankruptcy of crypto platform FTX is causing contagion.

Yarovaya said the gamification of online trading platforms made investing look easy and fun, but as crypto assets shot higher and low rates made returns on other investments seem measly, inexperienced investors were captured by high-risk "crypto-exuberance" that was really gambling, not investing.

Large and institutional investors may well be directed by rising interest rates to abandon speculation in favour of searching out higher yields and long-term returns, but Yarovaya believes those who participated in the crypto and meme stock booms may be unconvinced.

Maybe the slogan "get rich slow" just won't be as tantalizing to novice investors.