Online rental scams: How to avoid being conned out of your cash

Online rental scams continue to dupe Canadians out of their cash. Here are a few tips to avoid becoming the newest statistic.

'Fraudsters will follow the crowd and prey on people in a pinch,' says sharing economy expert

Two Ontario strangers made headlines after an online rental went wrong this week. The bizarre incident put a spotlight on what fraud experts say is an "evolving" world of scams in the online economy.

According to Nikki Wilson, the alleged caper began when she tried to rent a house advertised on Kijiji. But it turns out that somebody already lived there — that somebody being Kit Pullen  — and the Ottawa house certainly wasn't available for rent.

In the end, Wilson was out $900 and Pullen got a mountainous pile of someone else's stuff dumped on the driveway of his home.

Rental scams aren't new, but as more of these deals move online, would-be renters need to be especially vigilant.

"There's an awful lot of this going on," says Daniel Williams, senior fraud specialist with the Canadian Anti-Fraud Centre in Ottawa.

There have been 139 reports of online rental scams to the centre since Jan. 1. That figure likely reflects only a fraction of all the incidents occurring across the country, he adds.

The U.S. Federal Trade Commission calls the use of fraudulent ads for rental properties a "hijacked ad" scam — when a fraudster offers a rental property that, in reality, they have no connection to. The other most common type is "phantom rentals," which as you can probably guess involve a property that doesn't exist.

But "scams are evolving," Williams says, especially with the growth of the sharing economy.

So here are a few tips to keep your cash away from crooks.

This might seem like plain ol' common sense, but it can be difficult — especially since it's so easy to fake a sheen of legitimacy online.

The truth is that the only way to have any security when renting a property online is to track down someone who has rented from the same person or company in the past.

"Anything else is a leap of faith, really. There are so many ways a fraudster can present themselves as a property owner," Williams explains.

In some instances, you might want to push the renter to provide contact information for someone they have previously dealt with. This might not always be possible for any number of reasons, but it's worth a shot, he says.

Scammers will almost always ask for money up front, like a security deposit or first and last month's rent. If you're not sure about where it's going, don't send it. Money sent via wire service or e-transfers will be as good as gone.

Whenever possible, try to make payments with a credit card. This isn't always realistic, but there are scenarios where it makes sense, like with many vacation rentals.

"Credit card companies have tremendous power to get your money back to you most of the time, which isn't the case for basically every other means of payment," says Williams.

Check the place out — if you can

It's always a good idea to physically see a property before any money changes hands. This isn't always possible, though, and sometimes it's still not enough to know you're being scammed.

CBC's Go Public reported last month on a Vancouver couple who were taken for $1,000 by a career criminal in a ploy that involved both Airbnb and Craigslist. 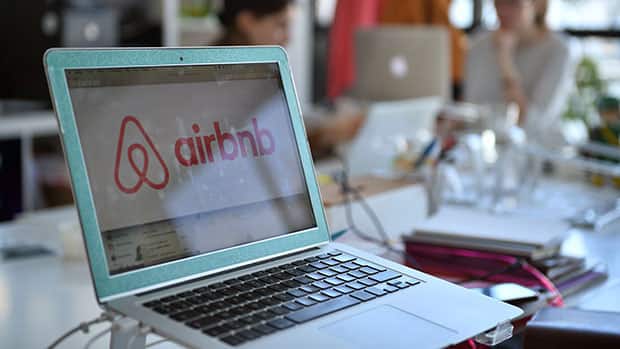 5 years agoVideo
1:49
Scammer pretends to own condo he booked on Airbnb, makes off with $1,000 deposits from Vancouverites 1:49

They aren't alone. Maxim Budnick is a 27-year-old professional model who works all over the world and moves often. He's rented or sublet 26 properties in the last three years, nearly all of them found online.

In other words, he's a seasoned renter with a keen eye for shady offerings.

But during one move from Bushwick to a Lower East Side sublet in New York City last year, he was conned out of $2,100 in a convoluted ruse.

The arrangement was orchestrated by a couple using false identities and a third person posing as a landlord. Then the three people disappeared.

"It really seemed legitimate," he recalls. "I even walked through the apartment a few times with them. I couldn't have imagined they'd go through all that. It's crazy, but honestly I'd bet it happens a lot."

Slow down and know the market

Online rental scams thrive when space is at a premium and people feel pressure to pounce on opportunity — for example in hot real estate markets or in high season at trendy getaway spots.

"That's where you might overlook your gut instincts about an online offer," says Sunil Johal, policy director at the Mowat Centre in Toronto.

"Fraudsters will follow the crowd and prey on people in a pinch."

That's precisely what happened to 31-year-old Diana in Whistler last winter. (She's asked that her surname not be used.)

Two guests had flown across the continent to Vancouver to spend a late-January weekend with her, so they decided to pursue a last-minute rental in the mountain's ski village. The trio turned to Craigslist.

They chatted and he provided email addresses for three references. Diana followed up with all three, getting responses from each one.

After mulling it over she sent a $600 Interac e-transfer to him. He provided a "receipt" and instructions on it for when they arrived.

Turns out the building existed but the specific unit she paid for did not. A property manager told her he was aware of the scam and that she was hardly the first to be fooled by it.

"Someone coming from out of town would have been screwed," Diana says. "There was always that little voice in the back of my mind."

On that point, inexplicably cheap digs in super-desirable hoods should be a major red flag.

If a renter "dodges your questions or keeps emphasizing how it's such a good deal and you need to hand over the money ... W-A-L-K away. It's a con," writes Romana King, senior editor of the website MoneySense.

Keep your guard up

As people become more comfortable with online transactions, a "certain degree of complacency" is setting in, according to Johal.

Hence an Ottawa police officer's comment to CBC News that "the internet, for some reason, seems to lull people into some sort of false sense of security."

That's partly due to the rise of the sharing economy and an explosion in online marketplaces — some of which offer financial fallbacks for users, while others "remain a bit of a Wild West," says Johal.

Airbnb, for example, lets users do deals directly on its platform and withholds payment until 24 hours after the person renting a property checks in.

It's not fail safe, but it leaves less room for scammers than Craigslist or Kijjji, which simply connect two people while all the money changes hands outside their respective platforms.

"People have to use common sense and keep their guard up," says Johal.

"And remember, fraudsters are smart, so they'll always be looking for the newest angle."