Public consultations on new restrictions will continue next year, without a deadline

Canadians are bombarded with food and drink ads — online, on TV and radio, on posters and billboards.

According to the advertising industry, we see nearly 160 billion food and drink ads every year. And health advocates say 90 per cent are for items that are high in fat, salt or sugar.

Health Canada is proposing restrictions on TV ads peddling junk food, targeting kids every day of the week. The rules would limit these types of ads online as well — perhaps the biggest challenge — and in places where children spend time, like schools and amusement parks.

In mid-August Health Canada wrapped up two months of public consultation on this issue. Further consultation is slated for next year, but there is no deadline for implementing new guidelines.

Disputing the link between ads and obesity

But the ad industry says the proposed rules are an overreach. Advertisers say the link between unhealthy food ads and obesity isn't clear, while health advocates say there's a direct relationship.

"This age group isn't yet able to understand the consequences of their actions on long-term health, and younger kids can't distinguish between entertainment, reality or marketing," James says.

In Canada's advertising system, the industry regulates itself.

"The industry has undertaken a voluntary initiative to date and it's been deemed to be ineffective," James says. "The criteria are very weak, and we know that, in the online environment, about three-quarters of the industry that is signed up for these pledges is marketing unhealthy food and beverages to children."

The Association of Canadian Advertisers represents members who say they stand to lose a lot if Health Canada chooses to craft rules that go too far.

"What the government is proposing is in effect a complete ban on all food and beverage advertising," ACA president Ron Lund tells CBC News.

Lund says, "The collateral effects of these measures will be severe and widespread. … It will eliminate programs such as Timbits Minor Sports Program that contribute to the fitness of our children."

The ACA worries that rules could limit the industry's ability to reach their target audience — adults. It also contends there isn't enough evidence to prove food and drink advertisements contribute to unhealthy outcomes.

One province that has taken a markedly different approach on marketing to kids is Quebec. Since 1980, stringent rules have restricted unhealthy food and beverage advertising for children under 13.

Critics say these laws have scared away big names from educational programs benefiting young people. Notably, in 2000, Kellogg Canada and Campbell Co. of Canada opted to discontinue youth programs in Quebec because they didn't comply with provincial regulations.

According to the Heart and Stroke Foundation, what young Quebecers have gained as a result of these rules is commendable.

"Quebec households have a lower likelihood to purchase fast food. They have the highest rates of fruit and vegetable consumption, and Quebec youth and children have the lowest rates of obesity," James says.

These regulations are nudging Quebecers in the right direction.— Lesley James, Heart and Stroke Foundation

"So overall, we're seeing that these regulations are nudging Quebecers in the right direction. They're consuming more good food, less harmful food and seeing great positive health outcomes as a result."

The data is subject to interpretation, though. Although Quebec has the second-lowest obesity rates in Canada, obesity rates in Quebec have increased at about the same rate as the rest of the country for the last few decades.

Lund says, "After a 37-year ban on food advertising in Quebec, one would expect a dramatic reduction in obesity rates versus the rest of Canada, which is simply not the case."

Health Canada's consultations include questions about how to regulate junk food ads online. This may be the biggest challenge of all because digital ads aren't constrained by time limits that factor into traditional media programming.

Also, a lot of this marketing doesn't look or sound like a commercial. It's imbedded in video games or packaged as a story by a social media influencer.

A report by the University of Ottawa, commissioned by the heart foundation, states that these are "not your grandmother's commercials."

The study suggests junk food ads can fly under the radar of the best-intentioned parents.

"Newer forms of marketing, such as digital and social media marketing and product placements, can be more difficult to recognize than older methods, and even adults cannot always identify them," the report states.

According to MediaSmarts, a charitable organization that focuses on digital media research, the vast majority of students have access to the internet through portable devices such as laptops, tablets and smartphones. More than one in four students in Grade 4 have their own smartphone. By the time they get to Grade 11, it's 85 per cent.

The report states, "These devices help parents stay connected to their children throughout the day, but they also provide more opportunities for food and beverage companies to connect with them."

In the digital space, it isn't just the new reach of ads that concerns the heart foundation.

She says Canada's best line of defence is broad and comprehensive regulation.

The ACA is pushing for a more measured approach.

"Childhood obesity is a complex issue," Lund says. "We look forward to working with government to continue to develop solutions that address this issue but does not decimate the Canadian food and beverage industry and its contributions to employment and the economy." 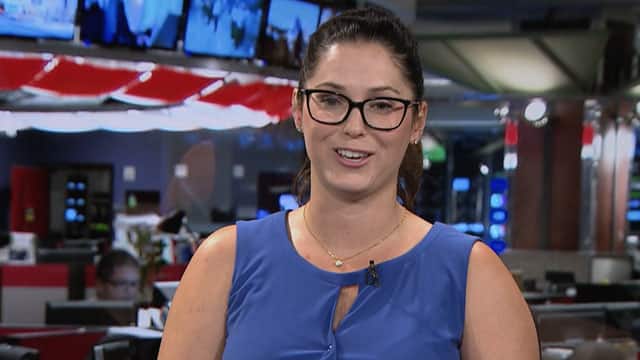 The dangers of advertising to kids

Producer, On The Money on CBC News Network