Fruits and vegetables: 6 ways to save money on produce

Fresh fruit and vegetable costs are on the rise, but nutritionists say there are ways for consumers to save some money without giving up on an important part of their diet.

Produce prices swing up and down depending on the weather, the season and the dollar, but higher prices on many fruits and vegetables has some lower-income people making changes as they shop to try and save, a new study suggests.

In a world where $8 cauliflower isn't unheard of, nutritionists say there are ways for consumers to save some money without giving up on an important part of their diet.

Andrea Miller, a spokeswoman for the Dietitians of Canada, suggests shifting looking for less costly produce. She says cabbage stays relatively inexpensive, and can be mixed in with a salad when other leafy greens are going up in price.

Miller also says that potatoes are often overlooked as an option.

"They're high in vitamin C, high in potassium, high in fibre and they tend to stay relatively stable in terms of price," she says.

Miller also urges shoppers not to turn their nose up at the price-reduced items and some of the bruised produce.

"Sometimes the produce on the reduced rack is in really great shape. It just maybe has a bag that has been torn or it may be misshapen," she says. "You can really get bargains."

And if some of the fruit like apples are bruised or the bananas are a little brown, they can still be used for banana bread, or apple crisp or apple sauce, Miller says.

Learn where the bargains are

"I find that it's really hard to know where you will get the cheapest food," says Christy Brissette, a nutritionist and president of 80 Twenty Nutrition, a media company specializing in health and wellness.

Discount grocery stores may offer the lower-priced produce, but she suggests consumers may want to check out a farmers' market at the end of the day, or right before the market closes. Farmers may be offering two-for-one deals so they don't have to package everything up and take it to the next spot.

"The con of that is you get what's left. So you have to be flexible."

Freeze what you can

Just don't expect to chuck a nice juicy peach into the freezer, defrost it weeks later, and then just take a bite out of it, like it's brand new.

"The texture is definitely going to change," says Brissette. "So if you do freeze your fruits, your vegetables, you're probably not going to want to eat them raw because what's happening is the cell walls and the structure of the water that's in the fruits and vegetables changes to ice and the texture is going to be totally different."

But they can be used in other dishes. For example, spinach, after it's been frozen, is much more adaptable than lettuce and can be later used in a number of recipes, including pasta, soup, stir fry and omelettes.

Fruits like strawberries or peaches should be purchased when they are in season, cut up, put in the freezer, and then used for things like smoothies or yogurt. Tomatoes, of course, can be utilized for pasta sauce. And vegetables like corn and peas can also be frozen and later added to salads.

Pick your own (if you have storage)

For people who can get to a farm, picking your own fruit — whether it be berries or apples — can also be an economical way to shop. Fruit can be purchased by the bushel, with the leftovers frozen for future use.

Or grow your own (if you have sun)

People don't necessarily need a lot of space to grow a bit of produce. Growing a cherry tomato plant or strawberry plant on a deck, porch or balcony is another option.

"Tomatoes are an easier place to start," says Brissette. "Don't need too much of a green thumb."

Miller says it's "super cheap" to buy one tomato plant, and that a good grower could get enough tomatoes to stretch over two weeks. 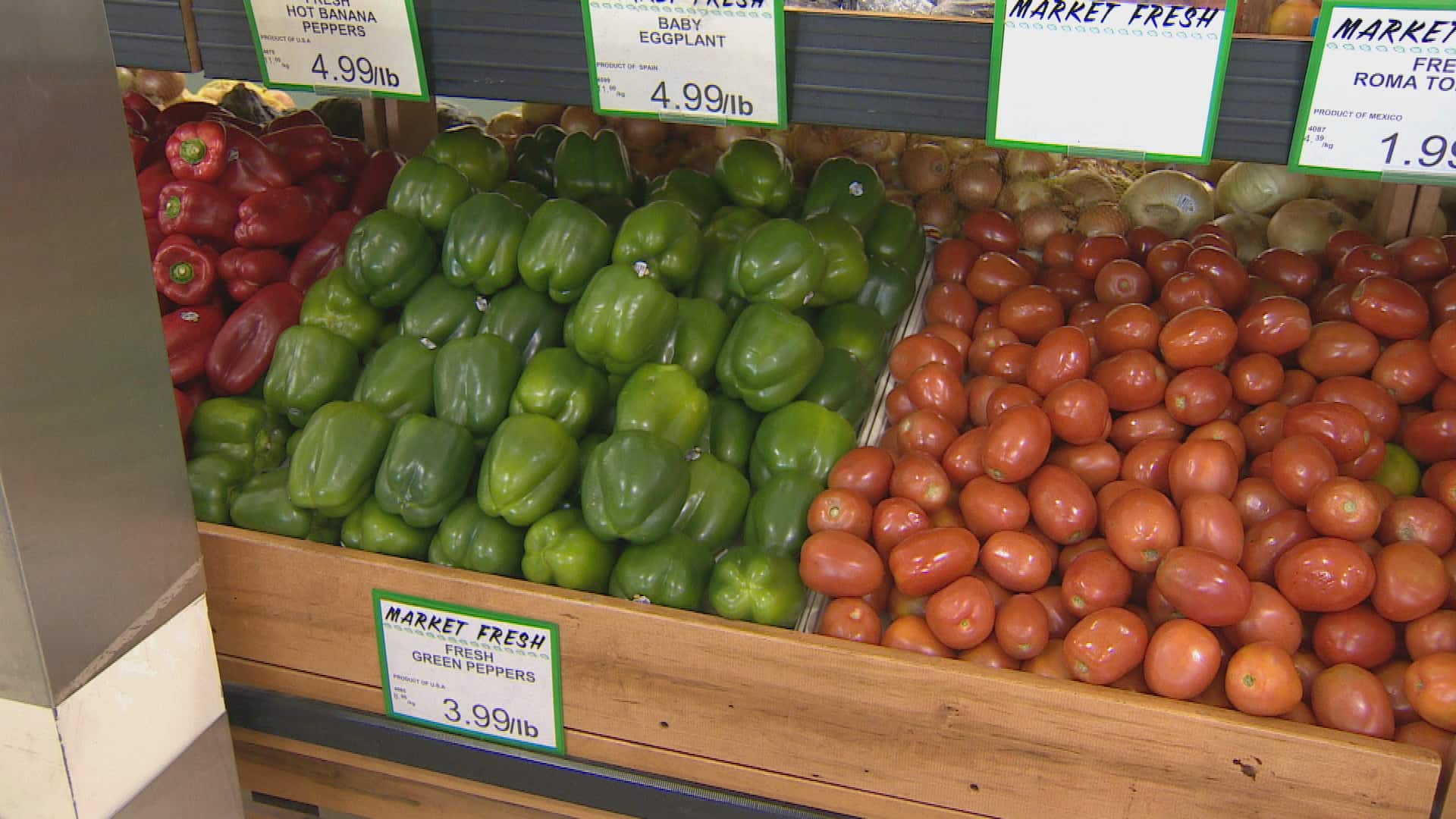