For First Nations that rely on collecting royalties and rent from oilpatch activity on their reserve land, the revenue has quickly dried up. In fact, it's becoming costlier to manage oil and gas production on First Nations land than the amount of money collected from industry.

'More money is being spent than what we are realizing,' chief says

In a windswept corner of the Blood Tribe land in southwest Alberta is a pumpjack that towers more than three storeys off the ground and reaches three kilometres deep. It's one of only two new wells to be drilled on the First Nation in the last year, as the downturn in the industry has resulted in reduced drilling across Western Canada.

The well was drilled in December and began operating in February, less than one month before oil prices crashed further as the pandemic spread across the globe. Fuel consumption has fallen sharply as countries continue to react to the virus, while oil production remains relatively high around the globe.

For First Nations that rely on collecting royalties and rent from oilpatch activity on their reserve land, those funds have quickly dried up. In fact, it's becoming costlier to manage oil and gas production on First Nations land than the amount of money collected from industry.

Indian Oil and Gas Canada (IOGC) is the federal agency, fully funded by Ottawa, responsible for overseeing oil and gas production on those lands and has a monthly budget of about $1 million. In May, when the most recent data is available, the agency only collected about $740,000.

"It doesn't make sense," said Chief Roy Fox, with the Blood Tribe. "More money is being spent than what we are realizing."

Fox is keenly aware of the financial situation in the oilpatch, considering there are about 300 oil and gas wells on Blood Tribe land, and the First Nation has a working interest in some of them. Compared to the beginning of the year, revenue from oil and gas activity is down 75 per cent, according to Fox.

WATCH | Chief Roy Fox on the impact of low royalties: 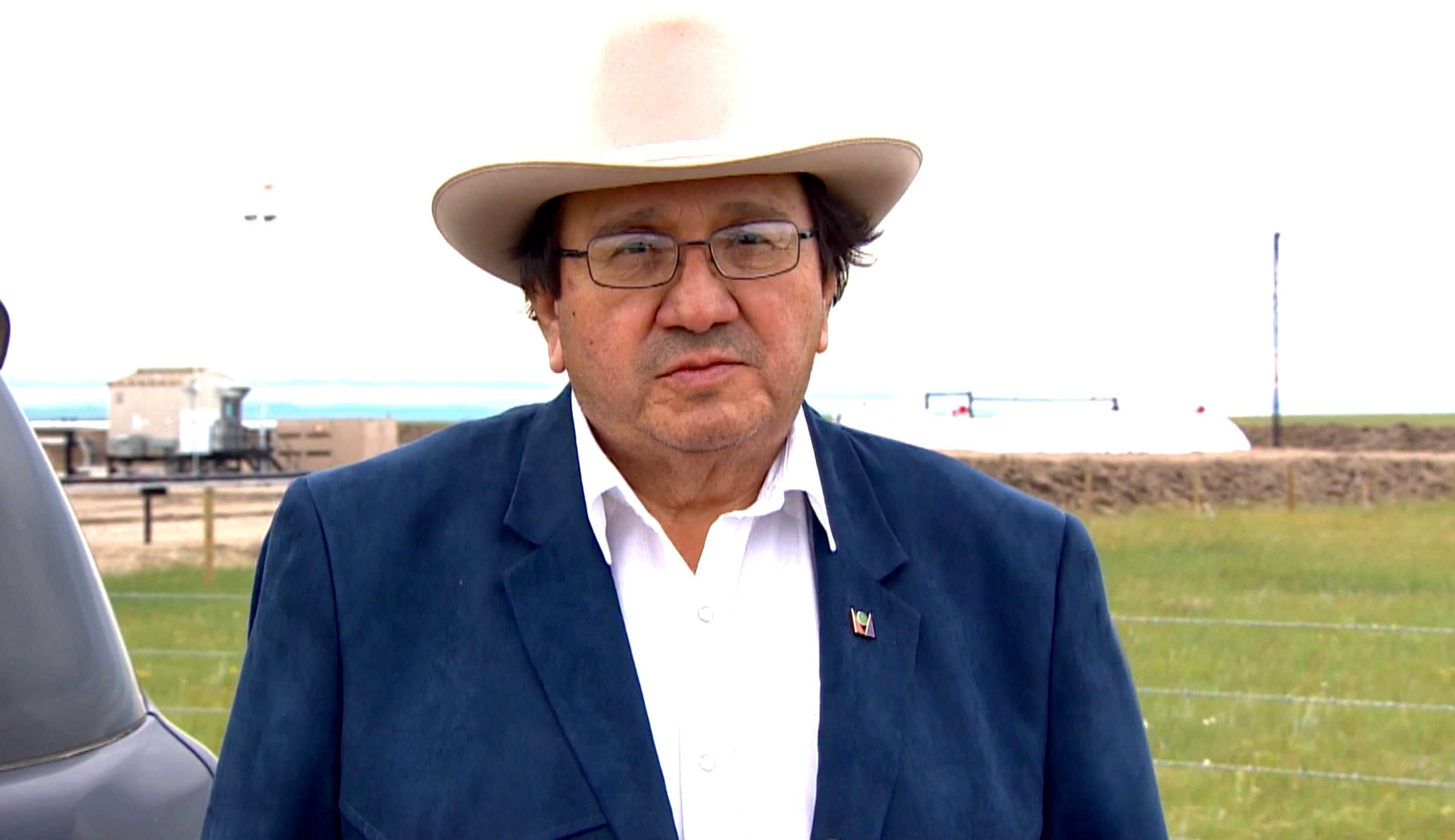 Chief Roy Fox on the plunge in oil and gas royalties

8 months ago
1:25
Revenue from oilpatch activity on the Blood Tribe has fallen by 75 per cent in recent months compared to the beginning of the year. 1:25

Royalties are down as a result of low commodity prices and some companies lowering production levels as some wells become unprofitable to operate.

"In March, April, May, we were really hit with this downturn. Things are picking up a bit, but not as fast as what we would like to see," he said.

The First Nation uses the revenue to provide programs for elders and youth, improve housing, offer social programs and invest in other business programs, among other initiatives.

"Because of the downturn we won't be able to help as much," he said.

The Indian Resource Council, which represents First Nations with oil and gas reserves on their territory, is calling on the federal government to top up the royalties to a minimum of $4 million per month.

"These are really troubling times," said Stephen Buffalo, the group's president. "It's very important at this time that our prime minister really look at our communities to see if we can do something extra on the side to offset what has been lost."

The council has also asked for a special allotment of the funds earmarked for cleaning up oil oil and gas wells in Western Canada.

Revenues for First Nations have fallen by about 80 per cent in the last decade as commodity prices have fallen.

The declines "are likely to continue," said Strater Crowfoot, CEO of the IOGC, in an emailed statement.

WATCH | Stephen Buffalo on the opportunity to clean up inactive wells: 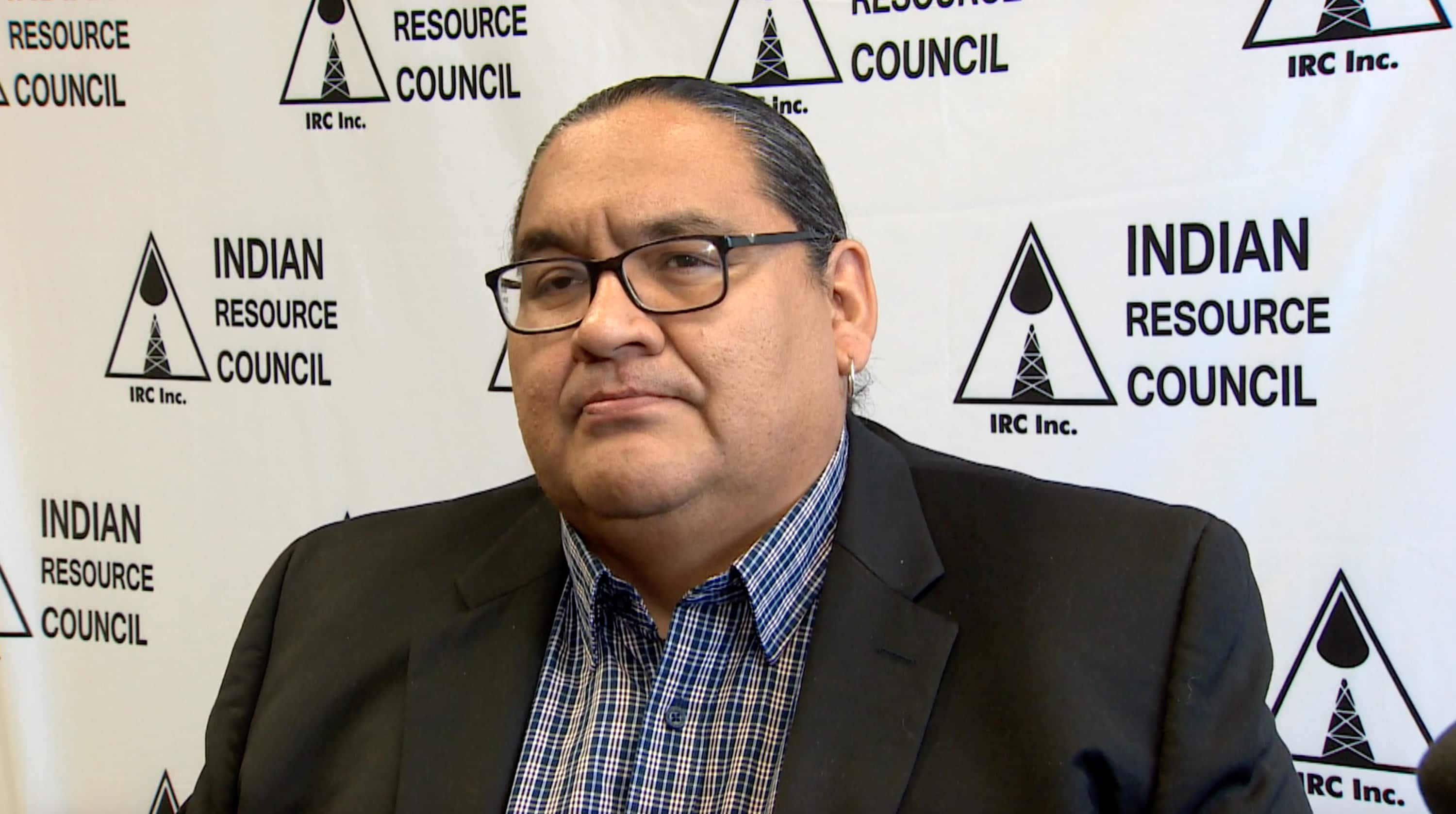 8 months ago
1:22
The CEO of the Indian Resource Council doesn't want First Nations to miss out on the opportunity to remediate inactive oil and gas wells. 1:22

"We have heard how challenging the decline in First Nation oil and gas revenue has been for First Nation communities, businesses, and individuals. The government of Canada is working collaboratively with First Nations and their member organizations to explore initiatives to provide support."

In April, the federal government announced $307 million in relief to help Indigenous businesses and $133 million in June toward stimulating the Indigenous economy.