Farm groups in Canada and the United States are sounding warning notes over the possibility of higher prices and less competition from the pending merger of Potash Corporation of Saskatchewan and Calgary-based Agrium Inc. 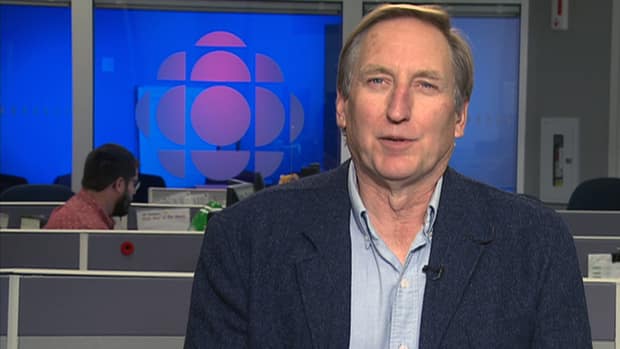 4 years ago
3:31
Terry Boehm of the National Farmers Union says mergers result in costs passed down to farmers 3:31

Farm groups in both Canada and the United States are sounding warning notes over the possibility of higher prices and less competition from the pending merger of Potash Corporation of Saskatchewan and Calgary-based Agrium Inc.

The  $36-billion US deal will create a massive player in the fertilizer industry. National Bank Financial says the merged firm, if approved, would control almost two-thirds of potash capacity in North America, 30 per cent of phosphate production capability and 29 per cent of nitrogen capacity.

The deal would also leave U.S. firm Mosaic as the only other major North American potash producer.

Saskatchewan farmer Terry Boehm, chair of the National Farmers Union's seed and trade committee, said it is unclear what the merger deal would mean for farmers, but past agricultural industry consolidation has him wary.

"Our experience with mergers, whether it be in herbicide manufacturers, seed companies, etc., has always led to higher costs to the farmer as we have very little power to negotiate as individual farmers, or even as small collectives, ...with these behemoths that are being formed," Boehm told Peter Armstrong, host of CBC News Network's On The Money.

Boehm estimated that fertilizer accounts for about 25 per cent of the cost of running an average farm.

"Unfortunately, farmers are price takers," he said, adding they have no ability to pass on increase costs.

The president of the Agricultural Producers Association of Saskatchewan said his group has concerns about competition if the union goes ahead.

"It's just one less competitor out there," said Norm Hall. "We're seeing it across the board whether it's in the fertilizer business, the chemical business, the grain buyers... the consolidation continues. They call it the greater good, but it's the greater good of the shareholders, not necessarily the producers."

Hall said previously that if the merger went ahead, his group would raise those concerns with the federal Competition Bureau.

Roger Johnson, president of the National Farmers Union in the United States, said his group is also opposed to a merger.

"Family farmers, ranchers and consumers are the ones that lose out when we cripple competition, increase prices and reduce innovation through industry megadeals," Johnson said in an email.

"We will keep close watch of these ongoing discussions and consider the potential impacts a proposed Potash Corp./Agrium merger could have on U.S. farmers and ranchers."

Johnson has stated that his organization would request that U.S. antitrust regulators block the merge.

David Baskin, president wealth Management, said he expects Canada's Competition Bureau will come up with some "tweaks" to the deal, in which the companies are forced to sell some assets to get approval, adding he would be surprised if the deal gets killed off over competition concerns.

At a time when employment in Western Canada has been hurting, there will likely be jobs lost as a result of the merger deal, something that Baskin believes will raise government concerns.

"But  I think, for Canadians, they should be happy that they're going to have a very viable champion in agricultural commodity exports," Baskin said.

with files from The Canadian Press and Reuters