Boeing's 737 Max jet got another boost at the Dubai Airshow on Tuesday, this time with an order from Kazakhstan's newly-launched budget carrier as the Chicago-based company works to try and win U.S. regulatory approval to get the airplane back in the sky by early next year.

Boeing's 737 Max jet got another boost at the Dubai Airshow on Tuesday, this time with an order from Kazakhstan's newly-launched budget carrier as the Chicago-based company works to try and win U.S. regulatory approval to get the airplane back in the sky by early next year.

The plane has been grounded around the world after two crashes that killed 346 people. The jet's automated flight control system has been blamed in part in the crashes that occurred after take-off from Indonesia in October of last year and from Ethiopia in March, with 18 Canadian citizens killed in the Ethiopian crash.

Still, the single-aisle jet managed to secure some deals at the airshow.

Kazakhstan's national carrier Air Astana announced a letter of intent to purchase 30 of the 737-8 Max jets with a list price value of $3.6 billion US for budget airliner FlyArystan. A day earlier at the airshow, Turkey's SunExpress announced a purchase of 10 additional 737-8 Max jets for its fleet.

Airlines are likely negotiating competitive prices for the aircraft as Boeing talks to its already existing customer base about possible compensations related to the grounding of the jets and reaches settlements with relatives of victims who perished.

Air Astana executives said details of the deal, including the final price, will be finalized in the coming months as the low-cost carrier scales its services from its current fleet of two A320 aircraft. FlyArystan began operations in May.

Air Astana's Chief Planning Officer Alma Aliguzhinova said FlyArystan expects to start operations of the first 737 Max in late 2021, giving the company 18 months to observe its operations from when Boeing hopes to have the jet back in service globally.

"What we see is that, as I said, we have time before we start operations," she said. "So we are confident that this will be addressed by that time... We are confident in Boeing." 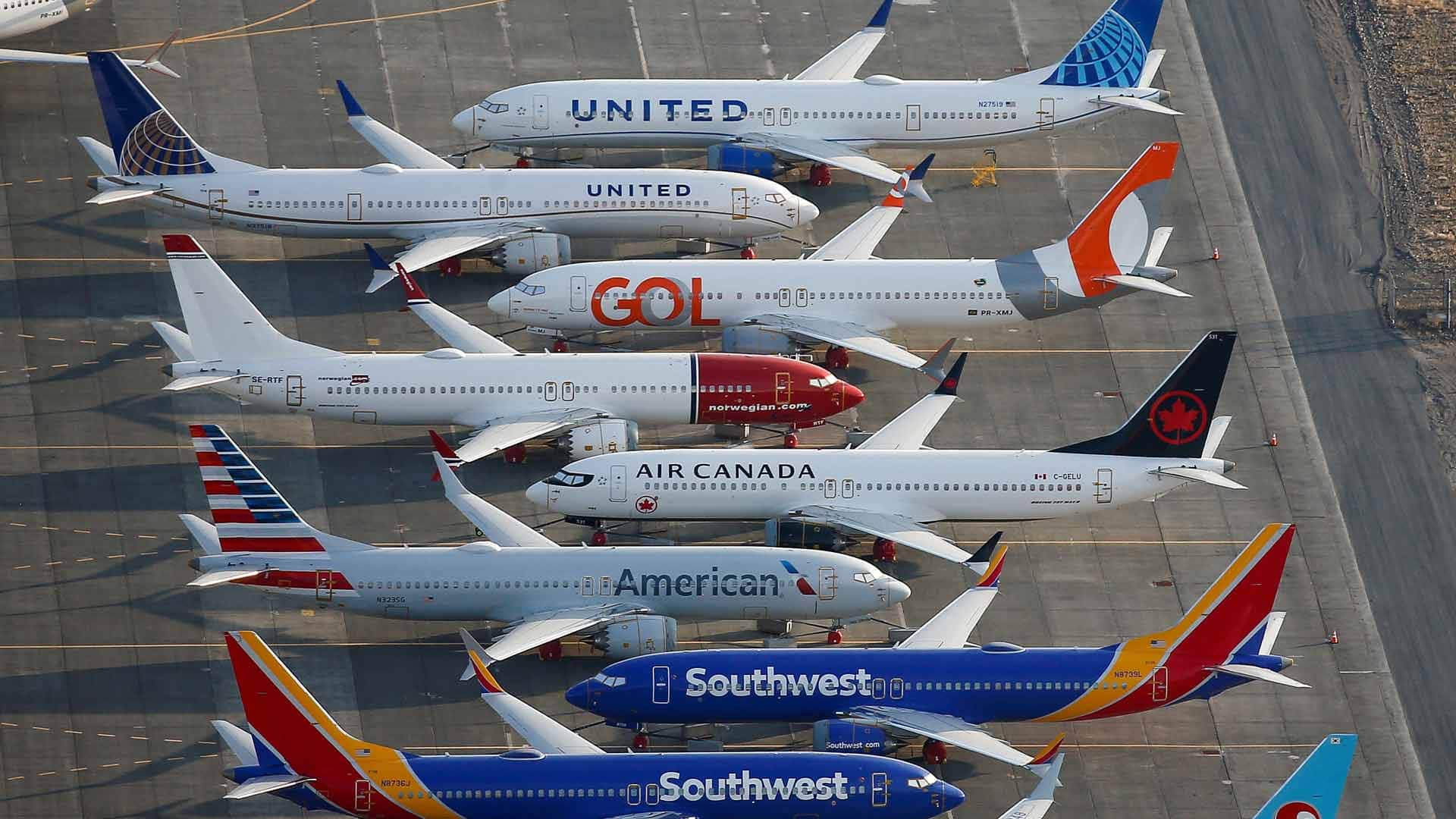 1 year agoVideo
12:07
This week, Boeing's CEO testified about what his company knew about the failures that led to the fatal crashes of two of its 737 Max 8 aircraft. Our Second Look panel examines whether the company has done enough to win back the trust of both the flying public and regulators. 12:07

In a major coup for Boeing not long after the second crash, one of the world's largest airline groups — IAG — announced in June its intention to purchase 200 of the 737 Max jets. But the deal with the owner of British Airways has yet to be finalized as the European holding company discusses the fleet change with subsidiaries that currently use Airbus for medium-haul operations.

Boeing competitor Airbus, meanwhile, also moved ahead with some deals on Tuesday after securing $30 billion in deals a day earlier at the airshow.

Saudi budget carrier flynas announced a firm order for 10 Airbus A321XLR, a deal estimated at $1.4 billion at list price. The purchase stems from a previous agreement for purchasing rights of the A320 narrowbody, bringing flynas' order of the jets to 90.

Also, Air Senegal announced a memorandum of understanding to purchase eight Airbus A220 in an order worth $734 million at list price.

Airbus also secured purchases from British budget carrier EasyJet, which said it will order 12 additional A320neos it previously had options to buy, pushing the airline's total order for the single-aisle plane to 159. The airline operates across Europe with a fleet of entirely Airbus aircraft, serving 155 European airports.

Ghana's Aviation Minister Joseph Kofi Adda described the airline as a "home-based carrier" and not a "national carrier", explaining that the Ghanaian government will own just 10 per cent of the company with the remaining 90 per cent coming from private investment.

Speaking at the Dubai Airshow alongside an executive from Boeing, the minister said the still unnamed airline aims to start domestic and regional operations in the first quarter of 2020. Ghana currently has domestic flight routes on Africa World Airlines.

The new airline will expand its routes over time to include Europe, North America and possibly Asia, the minister said.