Go Public and Marketplace team up to investigate how door-to-door sales reps for Bell Canada make false promises, including a "guaranteed" monthly price that the telecom can increase.

A Toronto man feels misled by telecom giant Bell Canada, after signing up at the door for services he says he was guaranteed would remain the same price for two years, but increased after just six months.

Gianmarco Minichillo was eating dinner with his family last May when a sales agent for Bell Canada knocked on his door, touting the fact that Bell had just installed fibre-optic cable in his neighbourhood, and offering a promotional package for TV, internet and home phone services.

"He told me it was a guaranteed price of $100 a month for the next two years," says Minichillo. "Sounded good to me, so I cancelled my Rogers services."

In October, Minichillo noticed his monthly bill for his TV service had increased — only by $3, but since he'd been guaranteed a price for two years he thought it was a mistake and called Bell's customer service to clear up the error.

That's when he learned that the only thing "guaranteed" when he signed a two-year contract was a monthly $25 discount — Bell's "terms of service" allow the telecom to increase fees for products and services to cover such things as administrative or service costs.

"It's an open-ended contract where only they win," says an exasperated Minichillo. "They can do whatever they want, because if their expenses go up ... I can't say anything about it because I signed a contract [with cancellation fees]."

Minichillo is a home contractor and says in his world if he gave a customer a price, he couldn't increase it part way through the contract.

"Minimum wage just went up [in Ontario]," he says. "I have contracts for renovations that I'm doing. I'm not just going to slap the customer with another $1,000 because the wages just went up."

Minichillo says the $3 increase is small, what upsets him is the principle of promising customers a guaranteed price, and then nudging it up.

After spending about two hours on the phone with Bell, an agent credited his account $36, to cover the $3 a month increase in price for the first 12 months of his two-year contract.

More customers say they were misled

Go Public has heard from a dozen Bell customers who say they, too, were misled when they signed up for products and services at the door.

Some say they've spent countless hours on the phone to Bell customer service reps, trying to reduce their bills to the original price promised at the door.

Ottawa customer Lisa Lavoie says last summer she was promised a better price than she was paying Rogers for a similar TV, internet and home phone package. But she later learned she'd been sold what's called a "basic package" and says she had to pay almost $100 more to get the channels she'd had before switching.

"I have to call every month to have my bill fixed," says Lavoie. "And wasn't told [at the door] about the two-year contract for Fibe when I signed up. As far as I'm concerned, Bell has broken the contract, but they have deeper pockets than I do."

People who work at Bell call centres have also contacted Go Public to say it's common to hear from customers who are fed up with bills that are higher than what's promised at the door.

They say besides door-to-door reps falsely guaranteeing prices, customers are promised they'll receive channels they don't get, or are misled about internet speeds that aren't delivered.

They contacted Go Public after reading recent coverage of telecom workers under pressure to sell.

Bell: 'We will investigate'

In a statement to Go Public, Bell spokesperson Nathan Gibson wrote that customers who buy Bell services at the door "are offered the opportunity to receive an order summary email immediately after an order is placed" to verify all details, including pricing.

He added that sales agents are required to inform customers that prices are "subject to change" and says Bell will "investigate Mr. Minichillo's experience to ensure that agents are complying with all requirements of our policies."

As for Lavoie's complaints, Gibson says Bell has provided loyalty credits to the account several times "to help meet the customer's service requests and budget," and will be "following up with our neighbourhood marketing vendor to ensure that all Bell policies are followed."

On his most recent bill, Minichillo noticed in the fine print that the price for his internet service is going up $5 a month on April 1, and his home phone will cost an additional $2 a month.

He decided to call Bell again to complain about the new increases, which his bill said were due to Bell investing in network infrastructure. Go Public recorded the phone call. 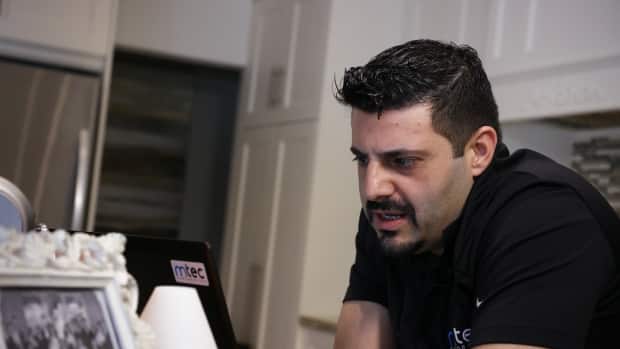 3 years ago
1:00
Bell Fibe customer Gianmarco Minichillo calls the call centre again to complain about increasing charges on his bill 1:00

The first time Minichillo called, the connection was so poor, the sales agent was barely audible.

Minichillo hung up after struggling for 15 minutes, then called back and explained his concerns all over again to a new agent.

"This is ridiculous!" he told the customer service rep. "I have a contract with a guaranteed price. I'm so upset, every month it's changing!"

The Bell rep told him to call back in April to try to get those extra charges removed, once they appear on his bill.

Go Public and Marketplace are rolling out an investigation into door-to-door sales tactics used by sales reps for Bell Canada all week.

Tune in to the full hidden-camera investigation on Marketplace (8 p.m. Friday on CBC).

'System is set up for mischief'

An Ottawa lawyer who specializes in contract law says agreements that allow a company to increase prices during a contract should not be allowed.

"If Bell has said, 'In order to get your business away from my competitor, I will guarantee you 'X' ... and then Bell has a way to get out of the deal, that is a misrepresentation,'" Anthony Daimsis says.

More troubling, he says, is that consumers don't see a contract when they commit to Bell services at the door.

Instead, the sales agent calls Bell and the customer verbally agrees to various terms.

Minichillo says the door-to-door sales rep put him on the phone with a Bell agent, who told him he was being recorded and asked if he agreed to all the terms.

"And you say 'Yes,'" says Minichillo. "But I've never read any terms."

"The system is set up for mischief," says Daimsis.

Customers are supposed to be emailed a contract later, but Minichillo says he doesn't remember receiving one, and can't find it in his email. He asked Bell twice to resend his contract, but says agents told him there was an error on his account and they couldn't help.

"Why doesn't Bell have a contract on site?" Minichillo says. "It's just unfair business practices to me."

After Go Public contacted Bell, a copy of Minichillo's service agreement and terms of service was sent.

"Our agents should have been able to provide the customer with a copy of his service agreement," wrote Bell spokesperson Nathan Gibson. "We will look into why that process was not followed."

Go Public asked why door-to-door sales reps don't carry a copy of Bell's terms of service, to clearly show customers the details in writing. Gibson declined to answer that question.

The Public Interest Advocacy Centre, an Ottawa-based consumer advocacy group, thinks misleading sales practices at the door might pique the interest of the Competition Bureau.

"People are busy during their day and just trying to look for savings on essential services," says PIAC executive director John Lawford.

"If their contract comes in the mail and it says the price may change, that's contrary to what's said at the door," he says. "That can be enough to mislead a consumer and be something the Competition Bureau might want to look at."

A spokesperson for the Competition Bureau says the government agency "takes all allegations of false or misleading representations very seriously."

In a statement, senior communications adviser Marie-France Faucher encouraged anyone who feels they were misled to contact the bureau and file a complaint.

"By reporting the false or misleading representations, they provide the bureau with the information it needs to stop deceptive marketing and help prevent others from becoming victims," she says

"It's not the Wild West. They're not selling shoes," says Lawford. "They have special rules, and they can have more rules."

But the CRTC has declined that suggestion.

"If a contractor rips someone off it's all over the news," says Minichillo. "But if Bell rips me off, nothing. I think there should be an inquiry."