For the general public, regular hand washing is actually a better way to ward off COVID-19 than wearing gloves, said the Public Health Agency of Canada (PHAC) on Saturday.

More than two months after the COVID-19 outbreak was declared a pandemic, the federal government has weighed in on whether Canadians should wear disposable gloves as a protective measure.

For the general public, regular hand washing is actually a better way to ward off COVID-19 than wearing gloves, a spokesperson for the Public Health Agency of Canada (PHAC) told CBC News.

The agency has previously recommended that Canadians practice social distancing and wear a face mask in public as preventive measures, but it has remained silent until now on whether people should wear consumer-grade, disposable gloves.

PHAC's advice was prompted by a CBC News inquiry about the government agency's position on wearing gloves. PHAC said Saturday it will soon update its website with the information.

Dianne Preston of Guelph, Ont., said she has been wearing gloves while grocery shopping, even though she was unsure if it would protect her from the coronavirus.

"I really have no idea if it actually helps or whatever, but I feel a little bit better doing it," she said. "I figure, it can't hurt."

PHAC said donning gloves can lead to trouble if the wearer touches a contaminated surface and then touches their face. The virus can infect people by entering their eyes, nose or mouth.

"It gives you that false security," said Warriner, a professor at the University of Guelph. "If you're wearing gloves, you're less likely to wash your hands which is one of the best strategies."

What about retail workers?

As provinces ease COVID-19 restrictions and allow more more businesses to open, some Canadians wonder if retail workers should be wearing gloves.

Tim Hortons requires all workers to wear them, McDonald's makes them available for those who serve customers and handle cash, and Starbucks said employees have the "option" to wear gloves.

On its website, PHAC has posted recommendations for businesses, advising that employees wear disposable gloves if they will come into contact with infected people or surfaces. The agency also said "wearing disposable gloves does not negate the need for frequent hand washing."

Warriner said wearing gloves in the workplace can also lead to a false sense of security, so workers may not wash their hands — and change their gloves — as often as they should.

"It's this sort of compensation for hand washing that's a real concern," said Warriner. "They'll get contaminated from [handling] cash and then they'll go and pick a doughnut up."

Watch | Why gloves won't do much to protect you from COVID-19: 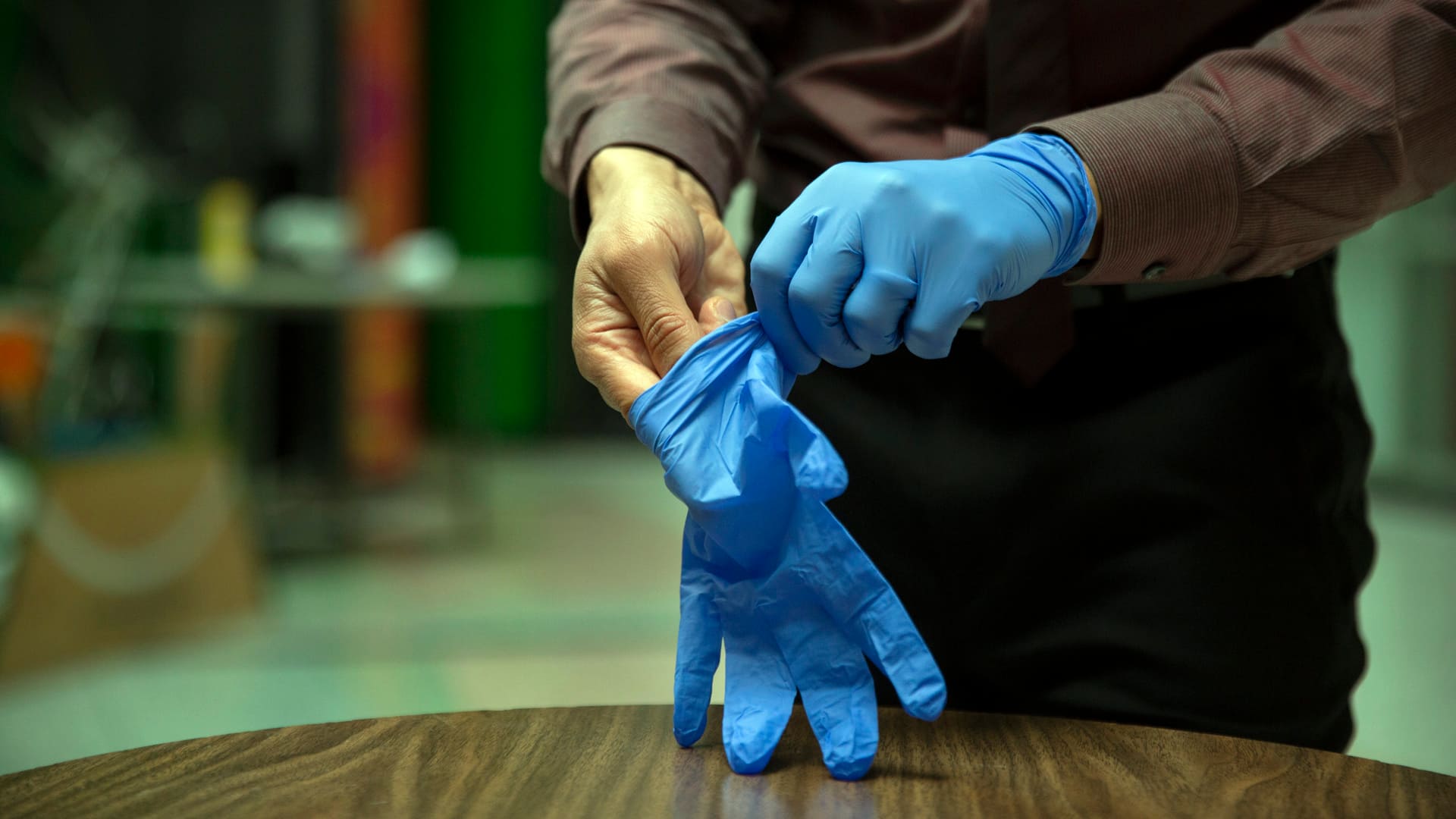 10 months agoVideo
1:54
Dr. Samir Gupta explains why most people are better off washing their hands with soap and water than wearing gloves for protection against COVID-19. 1:54

Tim Hortons, McDonald's and Starbucks each said that they have strict hand washing protocols for employees.

"We do not consider gloves to be a replacement for proper, thorough hand washing," said Tim Hortons spokesperson, Michael Oliveira in an email. "Team members are still thoroughly washing their hands each and every time they change gloves."

McDonald's has fielded criticism from some customers on social media because not all of its workers wear gloves.

In response, the fast food chain has praised the merits of hand washing with statements on Twitter such as: "When handling food, gloves can actually be a risk as opposed to protection."

Hi Casey. There are certain tasks that require our staff to wear gloves and there are some that don't. Gloves can give us a false sense of security and can get dirty or torn. We feel that hand washing is a more effective way to ensure food safety when performing certain tasks.

Alberta-based grocery store owner Patty Nowlin has adopted many protective measures during the pandemic. But last month she axed her policy that all employees wear disposable gloves after concluding that it may be hurting more than helping.

Nowlin said another influencing factor was witnessing a shopper enter her store with soiled gloves.

"I noticed that, where your fingertips are, they were dirty," she said. "I was like, 'Oh my gosh, have they been wearing those gloves every time they go out?'"

Nowlin said workers still wear gloves for some tasks — such as cleaning with harsh disinfectants — but, otherwise, they're relying on the trusted practice of vigilant hand washing.

After hearing PHAC's recommendation on wearing gloves, shopper Preston is considering nixing her own strategy of wearing gloves while grocery shopping and instead, sticking to hand washing.

"If they say it won't help, then there's no use in really doing it."