Some Canadian dairy farmers started dumping milk last week to rid the system of surplus production as demand from restaurants plummeted amid the COVID-19 pandemic that forced eateries across the country to close their doors.

Some Canadian dairy farmers started dumping milk last week to rid the system of surplus production as demand from restaurants plummeted amid the COVID-19 pandemic that forced eateries across the country to close their doors.

"We first started seeing milk being discarded last week," said David Wiens, vice-president of the Dairy Farmers of Canada, a national organization for dairy producers. Though, it's a bit early to know exactly how much milk farmers dumped at this point.

Dairy farms in British Columbia started disposing of raw milk on April 3, according to a statement on the BC Dairy Association website. The group did not respond to a request for comment

The Dairy Farmers of Ontario, which represents about 3,400 farms, informed producers "these measures would be necessary on a select and rotating basis" last week, said Cheryl Smith, chief executive, in an emailed statement.

Producers on Prince Edward Island have not yet had to dump milk, but "it's probably inevitable that it will happen," said Gordon MacBeath, chairman of the Dairy Farmers of PEI. The six eastern provinces — which includes Ontario, Quebec, PEI, Nova Scotia, New Brunswick, and Newfoundland and Labrador — tend to act as a bloc, he said, and the other five have had to dump milk recently.

SaskMilk, a producer marketing board, said in a statement on its website that "there are situations where milk will be dumped." It did not respond to a request for comment.

It's "very, very disheartening for farmers," Wiens said. "It goes against every grain in their body."

Dairy production in the country is controlled under a system known as supply management. It's a controversial system that has seen its share of opposition. U.S. President Donald Trump called on Canada to end the practice for dairy.

Canada adopted this model for dairy in the early 1970s to overcome production surpluses in the two decades prior, according to the Dairy Farmers of Canada website. Egg and poultry farmers started to operate under the system in later years.

The Canadian Dairy Commission administers supply management for dairy producers, with the Canadian Milk Supply Management Committee assessing national demand for milk products and setting targets for production annually. Dairy farmers own what's known as quotas, which allow them to produce a set amount of milk that depends on the anticipated demand. The production amount for their quota can be moved up or down as needed. 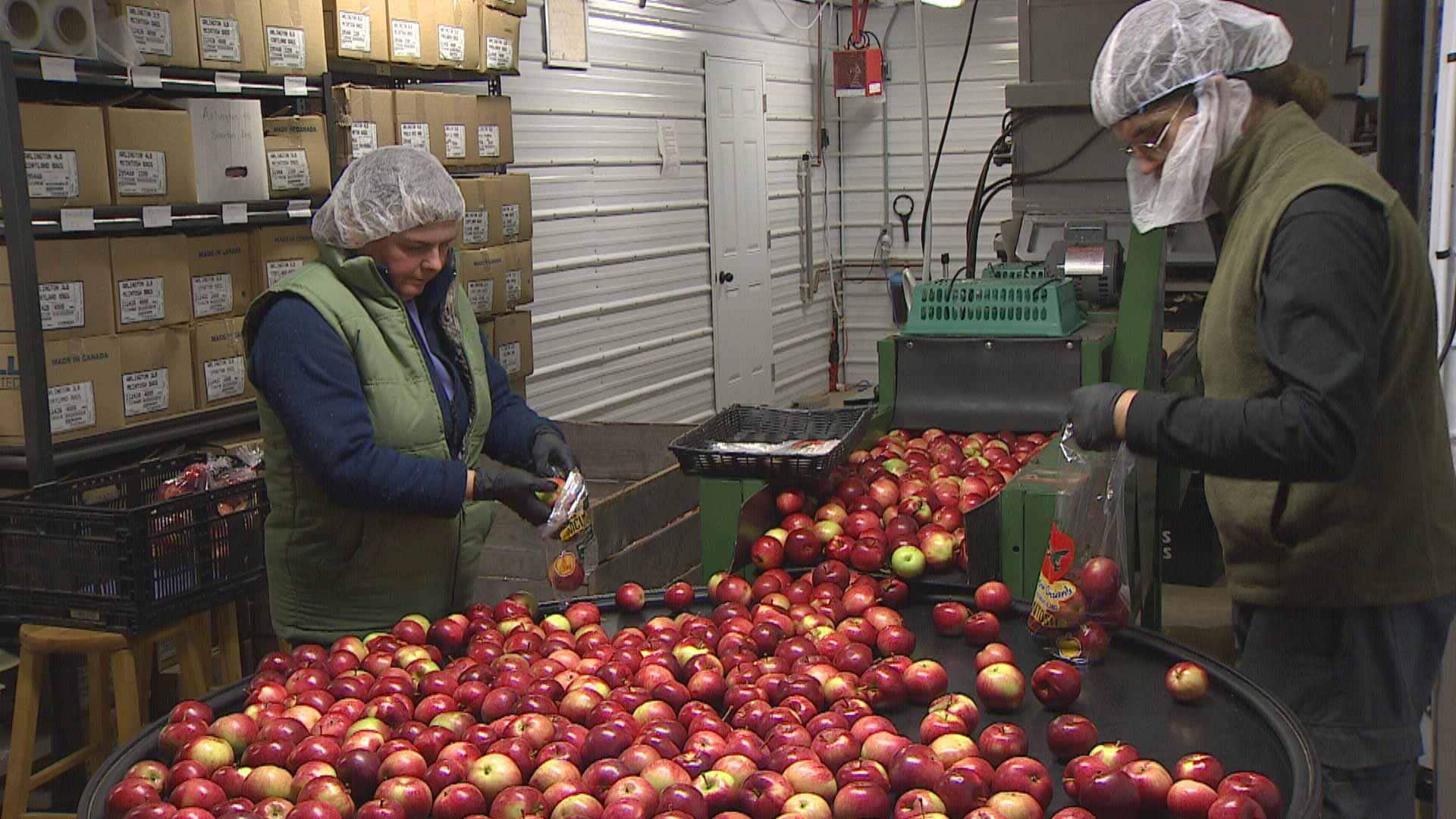 Dairy farmers sell their product at a fixed price that accounts for production costs and other factors. Grocers set retail prices.

The outbreak of COVID-19, however, resulted in unforeseen fluctuations, said Wiens.

"A few weeks ago, nobody would have predicted that it would have this impact on the marketplace," he said.

On the retail front, demand soared as people descended on grocery stores and stocked up on essentials. Some grocery stores placed limits on the amount of butter and other dairy products customers could buy as their just-in-time distribution system couldn't handle the new milk volumes and keep shelves stocked fast enough, he said.

Farmers have a "a huge surplus of milk now, which had nowhere to go," said Wiens.

But demand plummeted from food service clients, like restaurants. Eateries across the country shut their doors — some on provincial government orders and others in an effort to help stop the spread of the coronavirus. Nearly all dine-in services across Canada remain shuttered, with some restaurants continuing to operate serving only food to go.

"There's no tap that you can just slow down, and, you know, turn on and off as we wish," said Wiens, who operates a dairy farm near a small town about 70 kilometres south of Winnipeg. "It doesn't work that way."

As the milk keeps coming, there's nowhere to store it.

Dairy farming is a different beast than, for example, growing potatoes, said MacBeath, who operates a dairy farm outside of Charlottetown.

Potatoes can be stored in a warehouse through the winter and marketed later, he said.

"But milk has to be marketed tomorrow."

A better option than dumping may be to donate the product to local food banks, but a perishable food donation influx presents challenges.

"Now to have this tidal wave of milk and dairy products coming through their distribution can be overwhelming for them too," said Wiens. Food banks may not have the storage capacity to refrigerate the products that still must first be processed from raw milk. 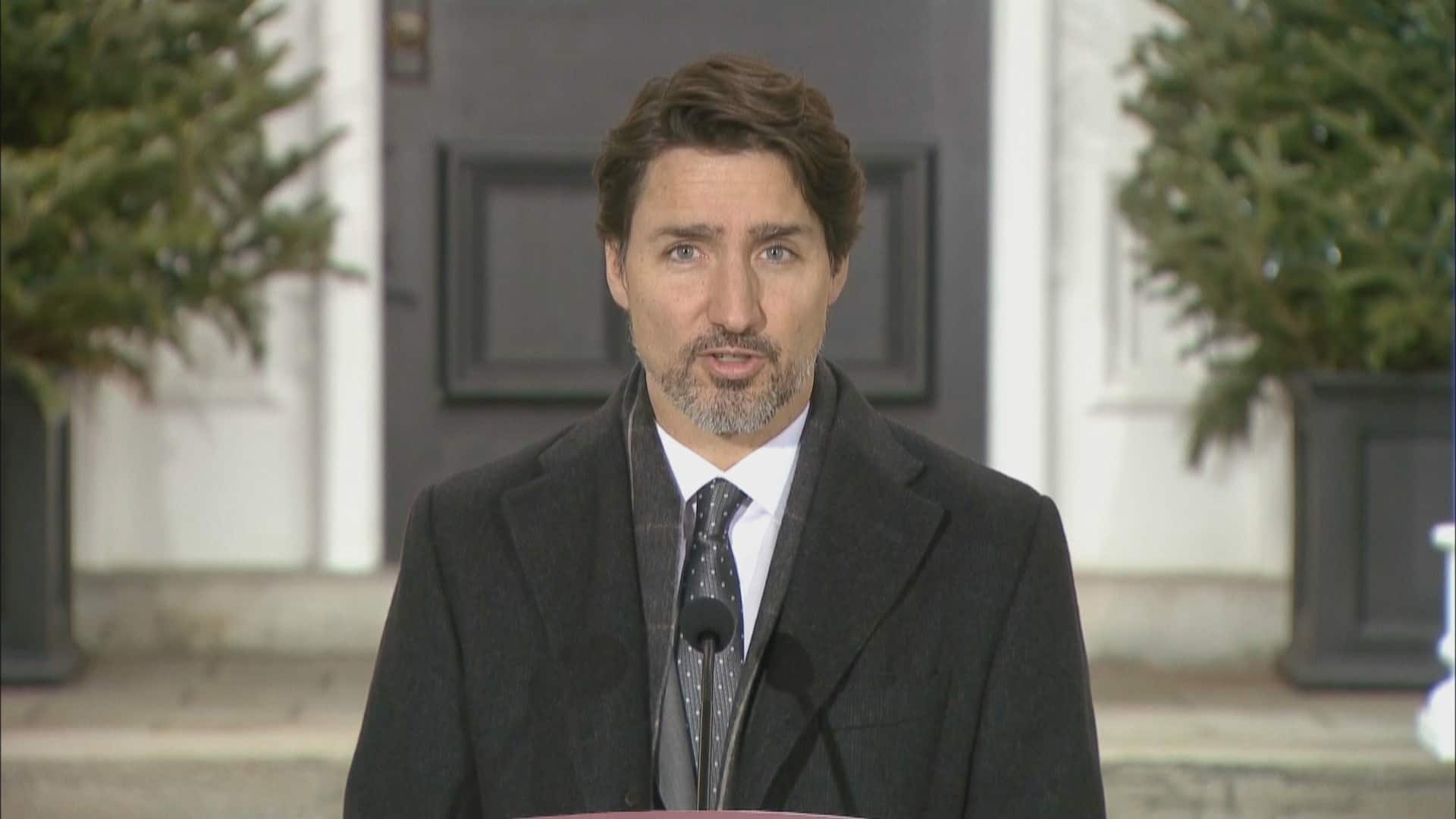 11 months ago
1:56
Prime Minister Justin Trudeau spoke with reporters in Ottawa on Friday. 1:56

A number of provincial dairy associations told The Canadian Press they are working to donate surplus milk.

The supply management system is now working to determine how long this change in demand will last, said Wiens, and whether the lost demand from food service clients will be offset by increases on the retail side.

Farmers could curtail production by reducing their herds or changing cows' diets, he explained. However, that takes time to be effective and creates a challenge in matching demand when it returns to previous levels.

"These are unprecedented times. We really don't have any, you know, history to fall back on."