The train conductor who was in the locomotive during a 2014 Banff derailment has once again been fired by CP Rail, this time after butting heads with the company over social media pictures and posts.

Stephanie Katelnikoff regrets some of the posts, but defends her 'modelling'

The train conductor who was in the locomotive during a 2014 Banff derailment has once again been fired by CP Rail, this time after butting heads with the company over social media posts, including "racy" boudoir photos.

The railroad fired Stephanie Katelnikoff in November after accusing her of violating CP Rail's code of ethics and its internet and email policy, according to evidence presented by the company as part of an internal investigation into her conduct.

The evidence package, obtained by CBC News, includes photos posted by Katelnikoff on her personal Facebook and Instagram accounts, showing her in various revealing, nude and sexually suggestive poses. Some of the photos show Katelnikoff standing on railway tracks.

In some posts, she talks about her pride in her job on a train crew, while in others she is critical of the company and its management. She doesn't use her real name, but does say she works for CP Rail. 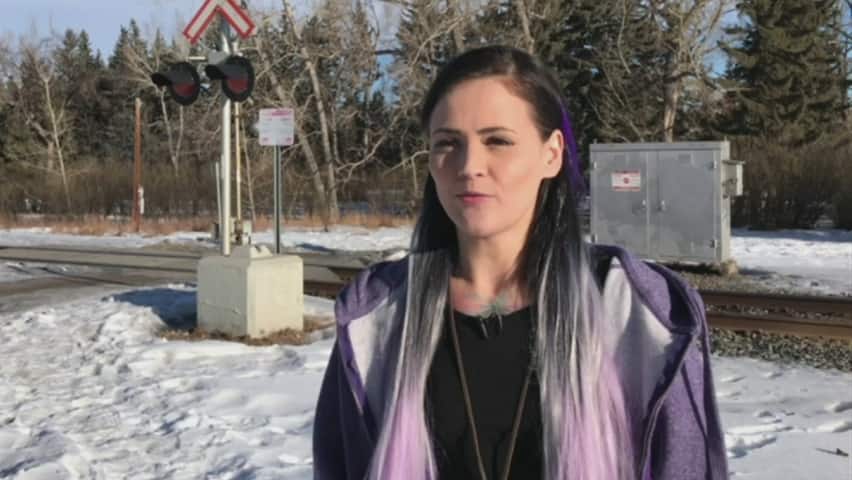 3 years ago
1:01
The train conductor lost her job with CP Rail because of her social media pictures and posts. 1:01

Cleared of fault in derailment

Katelnikoff was initially fired after the Banff derailment, which saw 15 cars carrying grains and fly ash, a material used to make concrete, go off the track west of the tourist town. She was reinstated nearly two years ago after an arbitrator ruled in her favour and found one of the reasons Katelnikoff was dismissed was because she had filed a sexual harassment complaint against a fellow employee.

Investigators determined a damaged portion of track was to blame for the derailment.

Now, Katelnikoff says this latest firing seems to equally be about her photos and her negative comments toward the company.

Katelnikoff said she regrets some of her comments, such as calling the company's code of ethics a "fictional comedy," and she regrets photos which were taken on railroad tracks.

"It's dangerous and I don't recommend anyone does it," she said.

The other pictures she said are part of her modelling hobby.

CP Rail did not respond to an interview request. After this story was published, it issued a statement saying Katelnikoff has brought a grievance to her union and will receive a hearing through that process.

"Railway safety is a top priority at CP. Ms. Katelnikoff's termination related to her decision to post photos of herself in unsafe situations on railway property and equipment, committing railway safety violations, along with disparaging remarks regarding the company," the statement said.

The evidence package shows Katelnikoff also received a prior warning in 2016 for posting a YouTube video in which she criticized then-CEO Hunter Harrison.

CP Rail's code of conduct posted online does not have a section specifically dealing with social media and a manager told Katelnikoff there was no social media policy.

In 2016, when Katelnikoff won her wrongful dismissal case against CP Rail, she told CBC News, "I definitely think I'm going back with a giant target on my back."

Katelnikoff's union, Teamsters Canada, also declined to comment. Katelnikoff said the union has filed a grievance on her behalf.

While CP Rail has the right to crack down on employees who criticize the company in public, some experts say management may have been too heavy-handed in its judgment of some of Katelnikoff's posts. 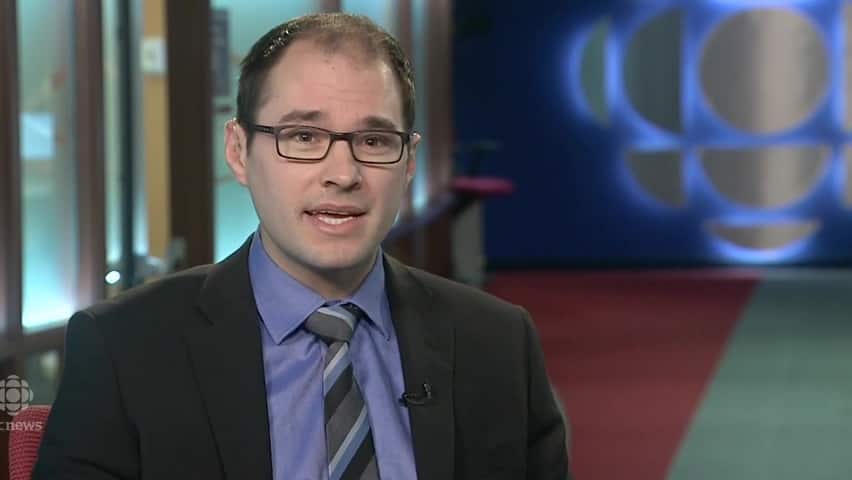 3 years ago
0:47
The workplace lawyer says criticism of an employer online can lead to discipline, but racy photos are different. 0:47

"I was surprised that in the investigative material, CP choose to produce the racy photographs," said Drew Jarisz, an Edmonton-based employment lawyer at Taylor Janis Workplace Law.

"I think it probably hurts their case to substantiate a for-cause allegation, because to me now, in addition to reprimanding her for making derogatory remarks, let's call them, about the company, it seems as if they are trying to impose their own moral standard and that's too far for the company to go," he said.

"I find it very difficult in this case to see how these racy images could impact the ability of CP to carry on business," said Jarisz.

Katelnikoff said she is now waiting for a date to be set for arbitration and despite her eventful history with the company, she still hopes to be back in a train locomotive soon.

"The work itself is amazing. It's my favourite job I've ever had."