Grocery stores scrambling to keep up with online orders

Long waits, limited stock and last-minute cancelations, online grocery orders are causing frustration for Canadians who should be staying home during the pandemic. Here's why companies are struggling and how to get around the problems.

When Madeeha Choudhry and her family were finally able to get a flight home to Canada from the U.K. in late March, they did the right thing and quarantined themselves for 14 days.

Friends had dropped off a few basics for the family of four — milk, bread and eggs — but the Nanaimo, B.C., mom knew with two teenage boys at home, she needed to figure out a way to get groceries without leaving the house.

"It took me probably over a week and six different attempts to get a grocery order in," said Choudhry, who placed the order at Real Canadian Superstore through the third-party delivery company Instacart.

"I kept putting orders in. They kept saying, 'You'll get it, or it's going to come late.' Then by the end of the day they said, 'Sorry, you can't get to your order, see if you can find another slot.' So basically I got bumped to the bottom of the list and told I need to look for another slot again," she said.

Grocery stores are seeing an unprecedented jump in the number of online orders for both delivery and pick up, and that's left companies scrambling and customers dealing with long waits, limited stock and cancelled orders, says food economist Mike von Massow from the University of Guelph.

"All of a sudden we've seen this huge spike and they've been overwhelmed in terms of the demand at grocery stores … they've been busy trying to reforecast demand and understand how much stuff is going to be leaving the shelves," von Massow says.

The problems are a big concern for senior Angela Keller from Collingwood, Ont., who self isolated on the advice of health authorities.

When the 70-year-old placed her online order with Loblaws on March 31, she was told it would arrive in 10 days. But on the day of the delivery, the arrival time was postponed repeatedly. Then the order was cancelled altogether. She was told she'd have to start from scratch.

"I know these are difficult times and we have to deal with many things [but] it makes me angry because there are people out there that possibly are shopping and shouldn't be out there, because the services that are offered are not good enough," said Keller, who worries the problems may force her out of her home and into grocery stores.

With things changing so quickly, it's hard to measure an overall increase in online grocery shopping but individual companies say they've never seen anything like it.

Loblaw Companies, which owns big chains like Real Canadian Superstore and Shoppers Drug Mart, says demand for delivery has, "more than doubled in recent weeks, as the numbers of customers shopping from home continues to spike," saying its employees are working hard to fulfill orders as quickly as possible

The company also says it has heard of orders being cancelled "due to unforeseen challenges," but says those are isolated incidents.

Instacart, which handles orders for 17 major supermarkets and stores in Canada, says online orders are up 400 per cent from this time last year and that it's employees are, "working around the clock," to fill orders.

The company said in March it would hire 300,000 new workers, and now tells CBC News it's hired half of them, for a total of 350,000 employees tasked with shopping and delivery in Canada and the U.S.

"We've seen demand change for a number of reasons, not least that we saw some panic-buying so people stocked up. I think we're also seeing a lot more demand at grocery stores because we're not eating out as much as we used to do," von Massow says.

"The other thing is most of us are shopping less frequently than we were before, so orders are bigger."

He says many stores are in the process of hiring more workers to fill orders faster and also deal with "bugs in their [online] systems," that are causing orders to be cancelled in an effort to improve service.

But it's not easy — or profitable he says.

Online orders require shoppers-for-hire to walk up and down the aisles collecting food — in grocery stores that aren't designed for efficiency.

Another problem, he says, is products listed online often don't match what's actually available in the store because the software isn't designed to keep track.

"My expectation is we're seeing some growing pains," said von Massow, "And that grocery stores are doing everything they can to reduce those growing pains."

In the meantime he says customers can make some adjustments.

WATCH | How to handle groceries during the pandemic: 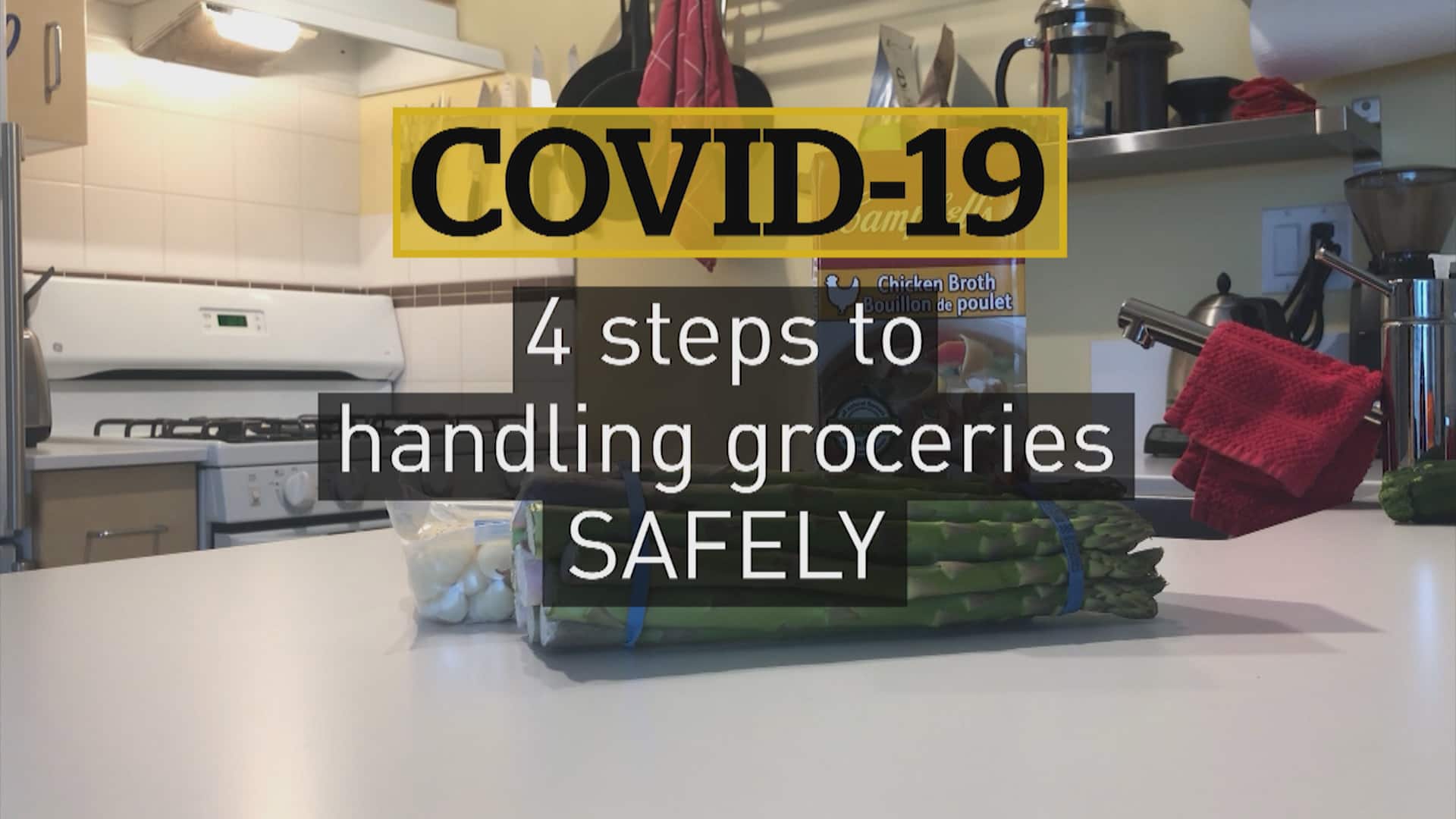 How to handle your groceries during the COVID-19 outbreak

10 months agoVideo
1:36
The coronavirus can live up to several days on some surfaces, but experts say there's no reason to worry about the groceries you bring home. CBC News shows you how basic hygiene will keep you safe from your groceries. 1:36

With files from Gwen Gray