The longer and deeper the COVID-19 crisis, the harder it will be to bounce back: Don Pittis

A global recession would likely kill more people than the coronavirus, a Canadian expert says.

For people who have lost loved ones to COVID-19, the disease that has swept parts of China and may have gained a foothold elsewhere, the global economic impact is likely the least of their concerns.

But with the world economy already hovering near what the International Monetary Fund considers to be recessionary levels, a significant global slowdown would be about more than money. And one of the biggest considerations is whether the economic impact of the disease will be ephemeral or lasting.

Widely described as the biggest current threat to global growth, the coronavirus, and perhaps more important the things governments are doing to prevent it from spreading, could yet push the world below the recession line.

That is one of the reasons why experts like Richard Schabas, Ontario's former chief medical officer, worry that draconian measures that stoke fear in the population do more harm than good.

Here in the wealth and safety of Canada it may be hard to fathom, but in a globally integrated economy a few dollars less a month can mean life or death to people struggling for food and medicine. That's easier to comprehend when you think that the World Health Organization estimates about six million children a year die preventable deaths, usually associated with poverty. 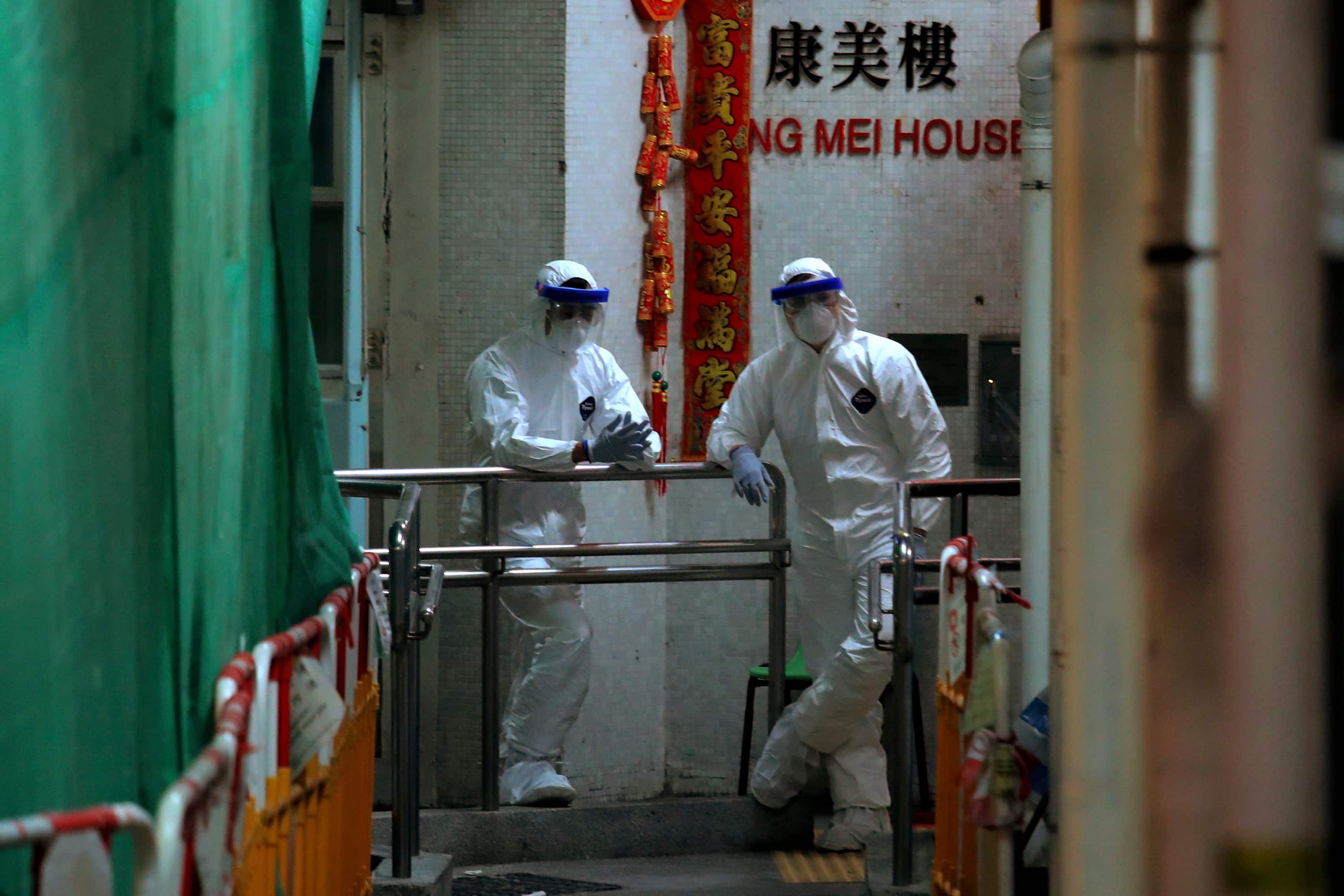 1 year ago
0:56
Ontario's former chief medical officer says a recession caused by the coronavirus could kill more people than the disease. 0:56

"Our world has become so interconnected," says Jia Wang, deputy director of the University of Alberta's China Institute.

Wang suggests that the next few weeks will be critical, showing whether the epidemic, with its global economic impact, is moderating or getting worse. Early reports that the spread of the disease was slowing were cast into doubt last week when China reported 5,000 new cases and global deaths leapt past 1,500.

Fear and government restrictions mean people in China have been staying home, slashing the business of retailers and restaurants. Some reports say property sales are down by more than 80 per cent, affecting a business that represents about one-quarter of China's gross domestic product.

Wang says that while the country's giant companies are big enough to outlast the crisis, especially with government help, a significant and dynamic part of China's economy is based on much smaller businesses that could disappear, leading to lingering economic effects.

"If the quarantines and shutdowns of many cities around China continue for a few more months or even just one month, many of the smaller companies may not survive," she said.

Wang says there are also worries that the coronavirus and its economic effect will spread outside China. Last Friday, Singapore's president, Lee Hsien Loong. warned the disease could push that country into recession.

Putting a figure on the global impact is not easy, and estimates of the damage vary widely. Oxford Economics says global growth will fall to 2.3 per cent in 2020, the lowest level in more than 10 years and below the IMF's global recession level.

That worries Brian Kingston from the Business Council of Canada, especially when no one knows when the crisis will end.

"And remember that China is our second most important export destination," Kingston told Piya Chattopadhyay on CBC Radio's Metro Morning.

BMO economist Jennifer Lee says the bank has again downgraded the Chinese economy due to fading optimism that the country can get its factories geared up as soon as it had hoped.

"We've shaved Q1 and Q2 growth," said Lee, "given how long the shutdowns are lasting."

Lee says the bank still expects China to rebound from the economic malaise, though BMO now puts Chinese full-year growth for 2020 at 5.3 per cent. That is far below the previous consensus that China would grow this year at between six and 6.5 per cent.

But Lee says it is common for economies to rebound even after the sharpest decline. For example, a month of storms may mean Canadians stay home from the shops, but the money they didn't spend in one month they can spend in the next, causing what looks like a boom.

That depends on how much damage is done and whether it can heal. And Lee says the duration of any interruption in business makes all the difference. She says that after the SARS outbreak in 2003, the Canadian economy bounced back with very little overall damage.

"I don't think anyone has any idea of whether or not this is going to be resolved any time soon," said Lee.

Just as in the recent trade war, uncertainty may be having a paralyzing effect on businesses that are waiting to see whether the availability of parts and the demand for copper and Canada Goose coats will bounce back before firms are forced to completely change their strategies.

For some businesses, even a speedy recuperation of the global economy may not wash away the business impact of COVID-19.

The special deals already being offered by cruise lines for summer packages may not be enough to cleanse the lingering image of people being trapped for days on a plague ship in windowless rooms in what for many became floating prisons.