While many Canadians won’t go as far as cancelling Christmas this year, they will likely have pared-down celebrations as fears of the virus, social gatherings restrictions and a weakened economy put a damper on holiday plans.

Roger Wiebe of Edmonton and his wife are cancelling Christmas this year because they can't afford it.

Weibe said he lost his job at a medical supply warehouse in June due to a COVID-19-related work slowdown. His wife, a legal assistant, lost her job in February.

Neither has been able to land another job as the pandemic drags on, and they're struggling.

"We can't afford presents or anything like that," said Wiebe. "I don't even think we're going to be in the mood to even put up a tree or anything this year. … Christmas is going to be another day."

Many other Canadians won't go as far as cancelling Christmas, but will have pared-down celebrations this year as fears of the virus, physical gathering restrictions and a weakened economy put a damper on holiday plans.

According to Deloitte Canada's annual holiday retail spending survey, which polled 1,000 Canadians in September, respondents said they expected to spend an average of $1,405 during the holidays — down 18 per cent from the previous year.

"It's a pretty big drop," said Marty Weintraub, national retail leader at Deloitte Canada, an accounting firm. He said concerns over the economy and waning consumer confidence are inspiring Canadians to curtail their spending.

Canada's economy was on its way to recovery in the summer when provinces eased their lockdowns and businesses reopened. But then the second wave hit as COVID-19 infections spiked once again, forcing some provinces to reintroduce lockdown measures.

"With wave two and uncertainty, we're now back into serious headwinds ahead," said Weintraub. "It's a bit of a roller coaster right now."

Weintraub said another reason why Canadians plan to spend less this Christmas is simply because there will be fewer reasons to part with their cash — thanks to social gathering limits and Canada's advisory not to travel abroad.

Deloitte's holiday survey found that travel, dining out, and alcohol purchased for entertaining will be where the biggest spending cuts are made.

The majority of respondents (51 per cent) said they have no plans to entertain guests at home over the holidays.

Rashida Malcolm of Toronto said she hopes to have a few close family members over for Christmas. However, large get-togethers — such as her family's annual holiday party with up to 100 guests — won't happen this year.

Malcolm said she's disappointed, but is prepared to make the sacrifice to help curb Ontario's recent surge of COVID-19 infections.

Another downer for Malcolm is that holiday festivities her family normally attends — such as the Toronto Christmas Market held in the Distillery District — have been cancelled this year due to restrictions on public gatherings. 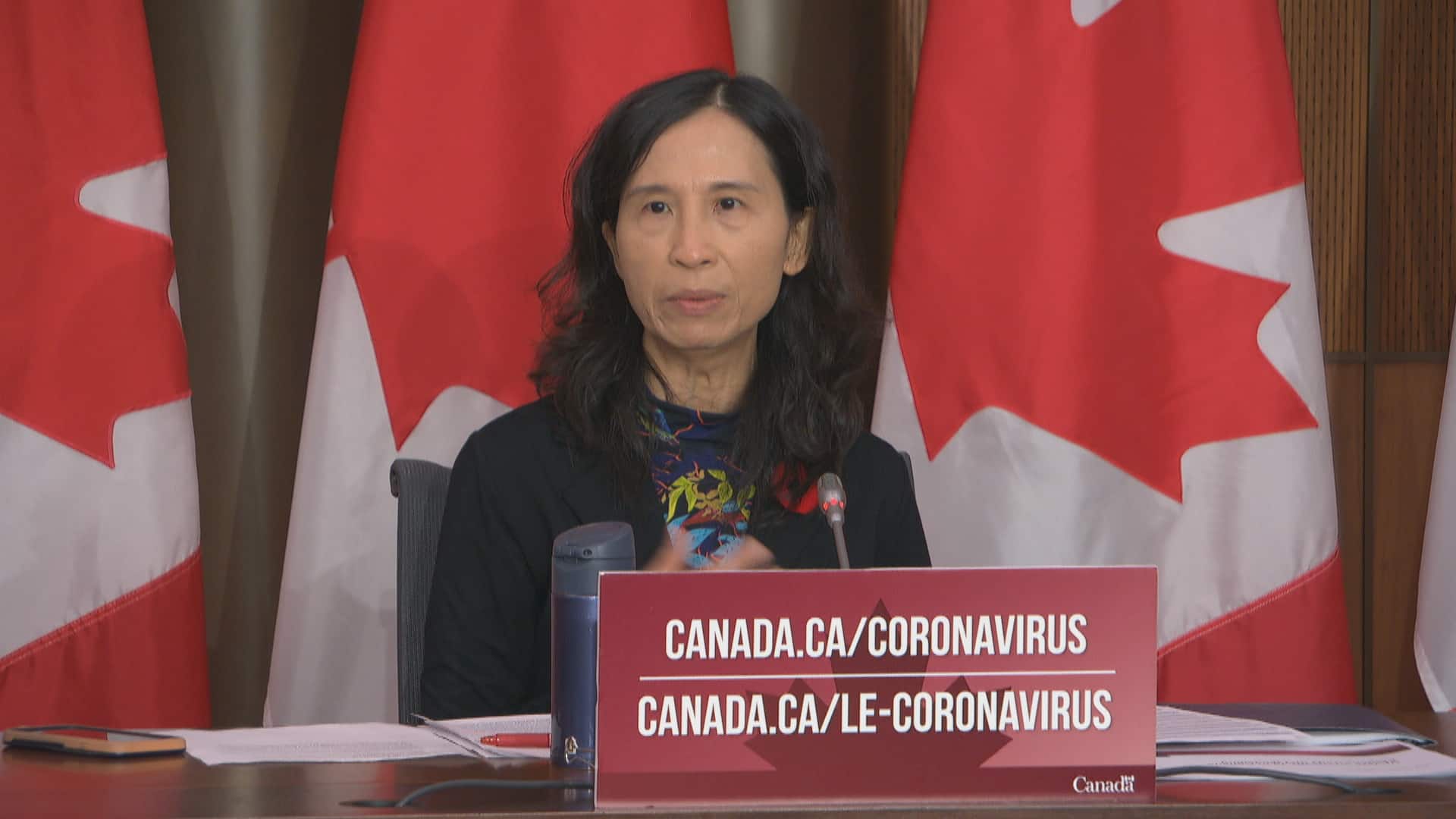 Dr. Tam on how Canadians should plan their Christmas and holiday celebrations

1 month agoVideo
2:38
Dr. Theresa Tam spoke to reporters during a pandemic briefing in Ottawa on Friday. 2:38

And due to concerns over crowded malls, Malcolm said visiting Santa at the mall is off — news she has yet to share with her two young daughters.

"I'm going to hope that they just don't ask."

Adults aren't the only ones facing a pared-down Christmas. Children will likely take it hard when they learn that Christmas traditions, such as visiting Santa, have been nixed.

But all is not lost as Santa and his helpers scramble for solutions.

At Toronto's Eaton Centre and Southcentre Mall in Calgary, Santa is planning COVID-19 friendly appearances. Everyone must wear masks and, instead of sitting in Santa's lap, children will have to keep their distance.

"There will be no direct contact with Santa," said Southcentre Mall in a statement. It also warns that everyone — including Santa — will undergo temperature checks.

At Scarborough Town Centre in Toronto, Santa will appear virtually via a large screen so kids can get their picture taken without any physical contact.

"We want to keep everyone safe, including Santa, so we're going to have Santa there through his magic mirror," said Will Correia, Scarborough Town Centre's general manager.

Santa Claus parades have been cancelled in cities across Canada, but some are trying to keep spirits afloat with COVID-19-safe alternatives.

Several cities including London, Maple Ridge, B.C. and Yorkton, Sask. are planning a "reverse" parade where the floats stay parked. Spectators drive by and enjoy the sights from the safety of their cars.

"The children of London … will not be disappointed!" promises an ad for London's upcoming parade which will be parked at the city's airport.

Toronto also plans to continue its Santa Claus parade this year. However, it will take a new route that's closed to the public who can instead view the parade on TV.

It may not be the same as seeing Santa in person, but this is the year that Canadians will have to revise their holiday traditions, while still trying to keep up the Christmas spirit.

"It's sort of what you make of it," said Malcolm. "It's still a great time to be thankful. … Lucky for us, our household is healthy and, things like that, I keep reminding myself when things seem a little bleak."

The Deloitte survey polled 1,000 Canadians online from Sept. 8 to 14. The margin of error for a comparable sample like this would be +/-3 per cent, with a 95 per cent confidence level.