As stock markets fall, the time to stock up at the store is before COVID-19 comes to town: Don Pittis

There are few signs of COVID-19 spreading in Canada. But experts say empty store shelves are a reminder the time to act is before an emergency hits.

Stocks markets fell sharply for a second day around the world in response to new signs that the COVID-19 virus is spreading outside China.

But while investors did not want stocks again yesterday, people in the parts of northern Italy now facing an outbreak of the new coronavirus were anxious to stock up on food.

Experts who watched grocery store shelves empty — first in Wuhan, China, then in other places where the virus seems to be spreading widely — say the time for Canadians to get ready for an emergency is before it happens. And that means even if it never happens.

The inability of households to get the goods they need represents a fundamental breakdown of the economic system, but it is merely a visible sign of trouble in the supply chain that applies across the economy, says Amin Mawani, who teaches at York University's Schulich School of Business in Toronto.

"When you see empty store shelves, you often think about consumers," said Mawani, whose research includes how companies cope with employee absenteeism. "Corporations and business also find a lack of similar supplies."

He says that the masks considered most effective against the virus are already unavailable from Canadian retailers, and that in the 2003 SARS epidemic, hand sanitizer was sold out for months.

"We have to prepare across governments, across communities and as families and individuals in the event of more widespread transmission in our community," said Canada's chief public health officer, Theresa Tam, on Monday.

Mawani says that when consumers and businesses prepare ahead of time, it really makes an economic difference.

While so far, there has been at least one report of COVID-19 spreading from person to person among close contacts in this country, outbreaks in Italy, South Korea and Iran are an early warning of what the World Health Organization director general recently referred to as "the spark that begins the bigger fire."

That bigger fire is the moment when an epidemic in a few countries becomes a worldwide pandemic. But even if the virus never comes to your town, there are good economic reasons for consumers and businesses not to wait until it does.

"Absolutely, they should be thinking ahead," said Darryl Culley, president of the consultancy Emergency Management & Training.

Based in Barrie, Ont., the company has a team of experts to help businesses and public sector groups plan for the unknown.

"In the event of a major emergency, regardless of the type — here in Canada it could be an ice storm, on the West Coast it could be an earthquake, it could be a pandemic — people need to be prepared to be self-sufficient for a period of time," said Culley.

Preparing for an emergency should not be confused with "prepper" culture, the survivalist outlook that saw Saskatoon's Iris Sparrow die at 79 with an accumulated $20,000 worth of dried food in her basement. 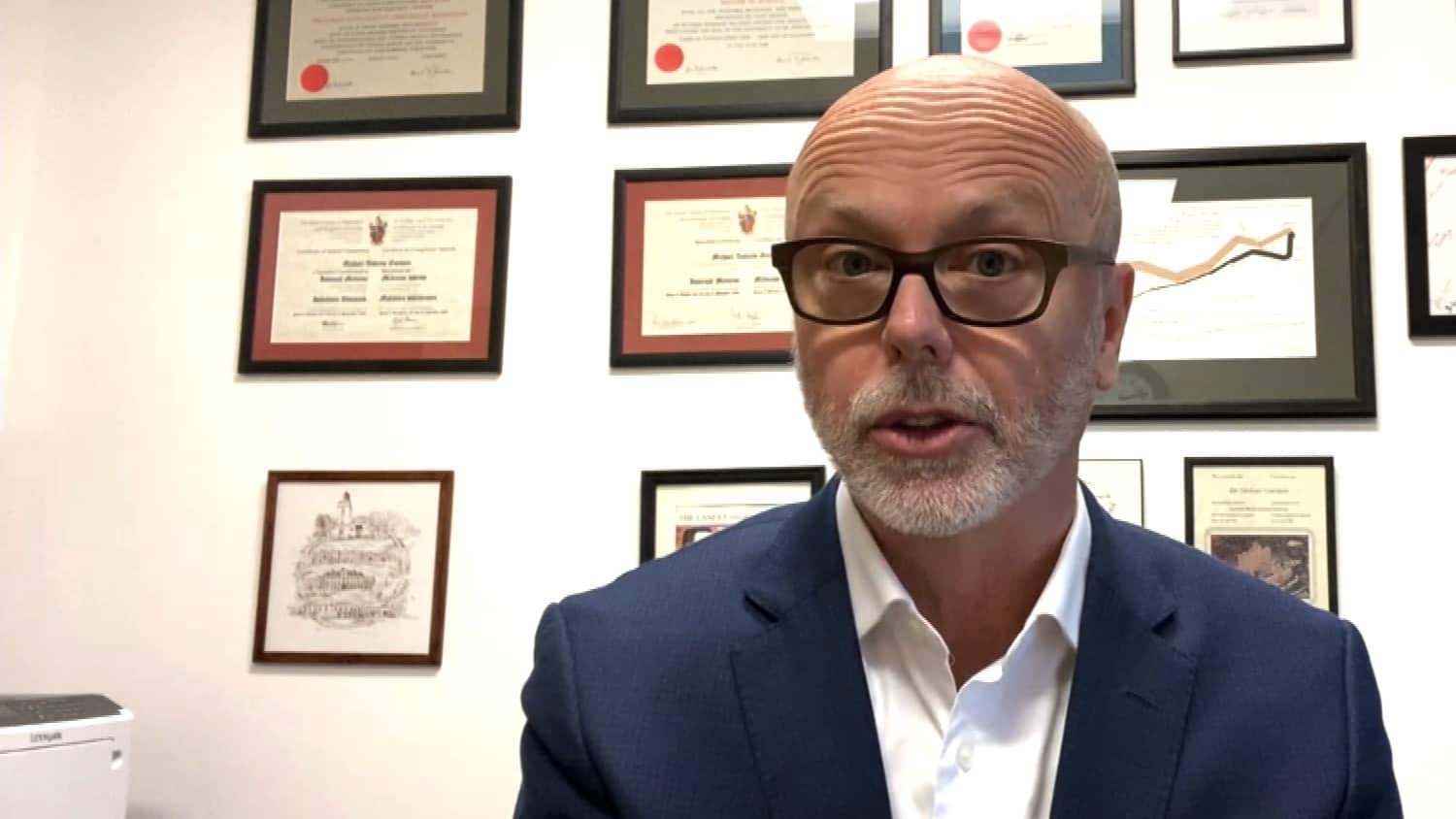 11 months agoVideo
9:30
Dr. Michael Gardam of Toronto's Humber River Hospital says we all need to get ready for the virus gaining a foothold in Canada. 9:30

Even if the current virus were to spread around the world, previous experience, including the 1918 flu pandemic, shows that eventually, the overall economy will adapt and bounce back, although Mawani notes that some businesses, including restaurants, did not survive in 2003.

He says parts of the economy may also change. As an example he cites an increase in telecommuting in China that may become permanent once it has been tried for several months and found effective.

Disasters in the news elsewhere can help remind people to plan ahead, including stocking up on essentials. But the example of hurricane season on the eastern seaboard, when shoppers strip the shelves of everything from dog food to toilet paper, shows people tend to ignore warnings until the last minute.

And that's economically inefficient. Gradually stocking up on things you might need to get you through a hypothetical quarantine means grocery stores will have time to adjust supplies, reducing the chances of empty shelves later.

Culley said that since power and water should not be a problem during a disease outbreak, ready-to-eat canned goods could be supplemented with grain and beans as a longer-term safety net. As long as it is kept dry and safe from pests, a bag of white rice will last for up to 30 years and still taste good, says a report from Utah State University.

While food and medicine are essential for household emergency preparation, plans for keeping the economy functioning while people are sick or in quarantine are also essential.

"Businesses need to have a pandemic plan, and it needs to be done in advance, not at the time of the threat," said Culley, who says he has been getting an increasing number of inquiries as public concern over of the epidemic rises.

Among the strategies to keep operations running during a pandemic is imagining how to make the organization continue to function when one-third of staff is sick or in quarantine. That involves creating a complex plan that includes training people to do one another's jobs and thinking about how employees could work from home.

The primary goal for employers, said Mawani, is to keep employees healthy, because as well as potentially saving lives, workers are essential to a company's financial health. And as SARS showed, even if the transmission of a disease is under control, the economic effect spreads much more widely.

"The financial contagion of an outbreak like this is always much more significant than the health contagion," he said.