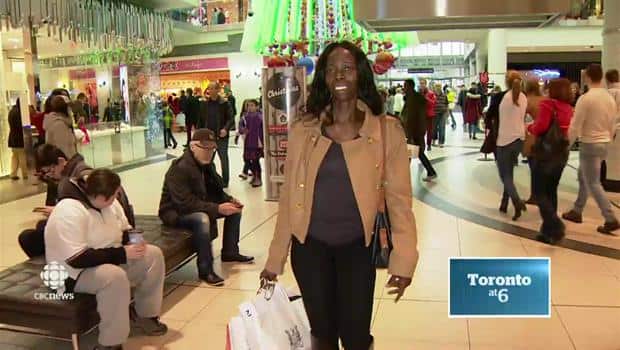 6 years ago
3:02
Procrastinators are running out of time to finish their shopping. 3:02

Still searching for that perfect last-minute Christmas gift? You're definitely not alone.

Saturday was the busiest day in 2014 so far, and today is expected to top it, the company said in a release.

The early indications are that spending is up overall this holiday season, Moneris said.

"Sales are up and haven’t peaked yet. We fully expect the spending to peak … Dec. 23rd."

Comparing this Saturday before Christmas to last year's:

Typically, the last few days before Dec. 25 are the busiest days of the year. Last year, Dec. 23 was the busiest shopping day of the year and the same is expected this year.

Looking at numbers from the start of December, spending is also higher. It's up by about 5.6 per cent in the first two weeks of December, compared to last year.

Spending on clothes and apparel is slightly higher, while spending on electronics is down.

One category that has seen big growth is tourist attractions and exhibits; spending on them was 10.9 per cent higher than over the same period in 2013, "perhaps as a result of milder weather this December," Moneris said.

By region, spending was lower in Atlantic Canada and higher in the Western provinces.