Stock markets in Toronto and New York were lower today after Chinese stocks plunged by more than seven per cent, triggering an automatic shutdown of trading in China.

Markets also down across Europe amid weakness in Chinese manufacturing 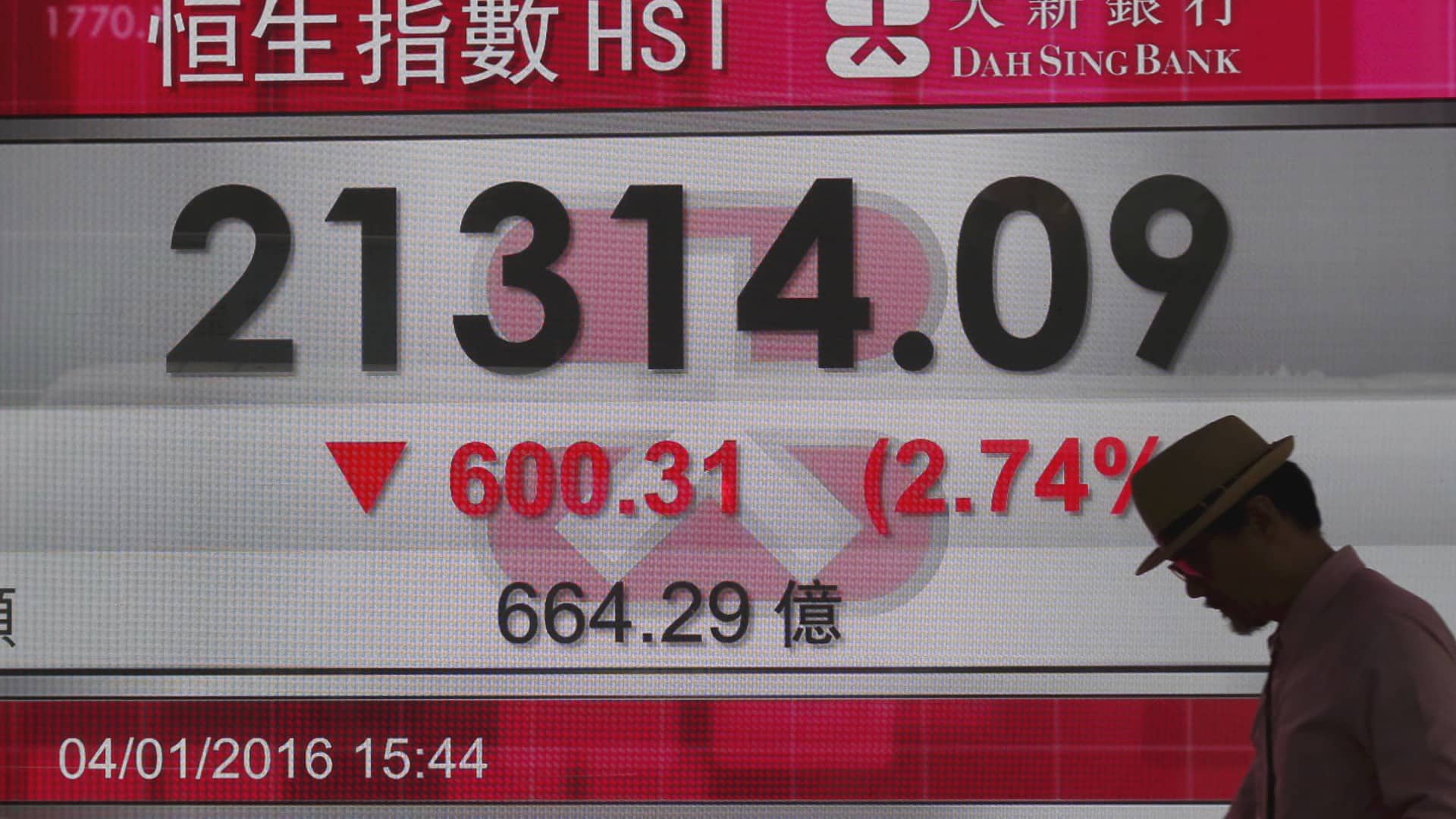 Stock markets in Toronto and New York were sharply lower today after Chinese stocks plunged by more than seven per cent, triggering an automatic shutdown of trading in China.

The Dow Jones industrial average closed down about two per cent or 276 points on its first trading day of 2016. Every single one of the benchmark's constituents was lower. At one point, the Dow was down by more than 450 points, but eventually recovering some of that loss. Still, the showing was the Dow's worst first trading day of any year since 2008.

The Shanghai Composite Index was down 6.9 per cent to 3,296.66 on the first trading day of the year, its lowest level in nearly three months. The sell-off was sparked by weak manufacturing data and was bad enough to trigger an emergency trading suspension.

That's known as a "circuit breaker," which is an automatic halt in all trading activity during times of volatility. Halts can last anywhere between 15 minutes to more than a day, depending on the severity of the volatility. Most major stock indexes, including New York's and Toronto's, have similar circuit breakers.

In Toronto, the TSX was down 82 points to close at 12,927.  That actually makes Canada's benchmark stock index among the world's best so far in 2016, down by less than one per cent after the first day of trading.

The official Xinhua News Agency said the Shanghai and Shenzhen stock markets halted trading for the remainder of Monday to avert steeper falls. It was the first time China used the "circuit breaker" mechanism it announced late last year.

"Mixed but still disappointing news out of China over the weekend set the tone; certainly not a good way to start the year," BMO economist Jennfer Lee said. "It's certainly bad news but it's not world ending."

"The China seven per cent drop last night and the close of the market, along with Saudi Arabia, are causing investors to rethink their growth estimates and the geopolitical risk that's really out there," said Paul Mendelsohn, chief investment strategist at Windham Financial Services.

Authorities have been trying for months to restore confidence in Chinese stocks after a plunge in prices in June rattled global markets and prompted a panicked, multibillion-dollar government intervention. Beijing is gradually unwinding emergency controls that included a freeze on new stock offerings.

Weak manufacturing data was behind the sell-off Monday along with Middle East tensions, which pushed up oil prices.

Huang Cengdong, an analyst for Sinolink Securities in Shanghai, said selling accelerated as investors tried to lock in trades before activity was halted.

He expects more selling in coming weeks ahead of corporate earnings reports.

"The market will not improve because there will be heavy selling in the near future," said Huang.

The Caixin/Markit index of Chinese manufacturing, which is based on a survey of factory purchasing managers, fell to 48.2 in December from 48.6 the previous month, marking contraction for the 10th straight month.

It was the latest sign of the headwinds facing China's economy that add to a downbeat outlook for Asian exporters. On Friday, an official manufacturing index also showed a persistent contraction in factory activity despite Beijing's stimulus measures.

Escalating tensions in the Middle East briefly pushed up the price of oil, before those gains were wiped out later in the session. In the afternoon, North American crude was changing hands for $36.69 US a barrel, down about 35 cents on the day.

Saudi Arabia said Sunday it is severing diplomatic relations with Iran, a development that could potentially threaten oil supply. The world's largest oil supplier executed a prominent Shia cleric that prompted protesters to set fire to the Saudi Embassy in Tehran and Iran's top leader to criticize Saudi Arabia.

The Canadian dollar was lower, off a little over half a cent to 71.76 cents US.