A second Canadian company has had its licence to sell canola to China revoked as a crackdown continues on one of the most Canadian crops in the world.

A second Canadian company has had its licence to sell canola to China revoked as a crackdown continues on one of the most Canadian crops in the world.

The latest move involves Regina-based Viterra Inc. The company, formed out of the merger of the former farming collective Saskatchewan Wheat Pool, is a major handler of canola.

Canadian company Richardson International was hit by a similar ban earlier this month when the Chinese government declared it had found dangerous pests such as fungus in the company's canola, so it halted all shipments.

Last week, the Canola Council of Canada announced orders from China had mysteriously dried up across a number of canola sellers.

In justifying the move, Chinese customs officials said the ports of Dalian and Nanning had detected the same pests in Viterra's canola.

"We can confirm that China has expanded its ban on Canadian canola imports to include shipments from Viterra," a spokesperson for the company told CBC News.

"We are working closely with the federal government and the Canola Council of Canada to gather more information on the situation.

"All of our export products are tested to ensure they meet specific import standards. We take quality concerns seriously and support a sound, science-based approach in the testing of our exports. Market access issues such as this one hurt our industry and Canadian farmers. We are hopeful for a quick resolution to this matter." 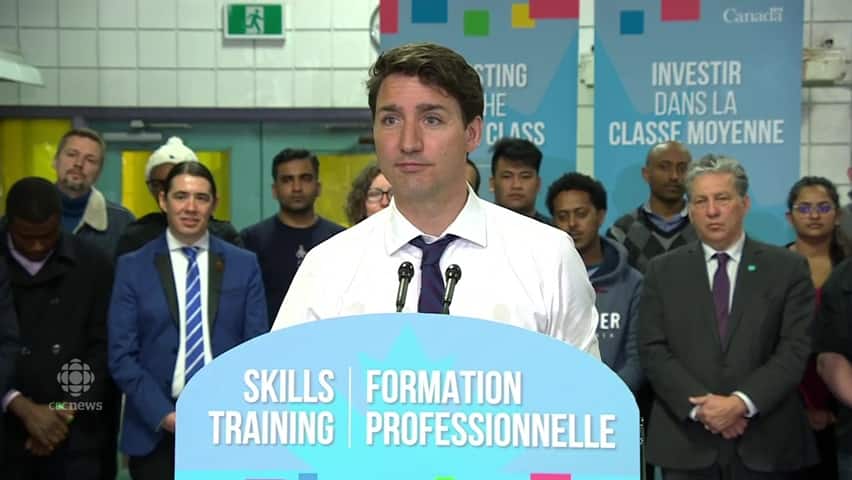 2 years ago
1:48
Prime Minister Justin Trudeau spoke to reporters in Winnipeg on Tuesday 1:48

"We know that canola produced here in Canada is top quality and the oversight, inspection and science that surrounds what we do here is top notch and world class, and that is certainly something that we are going to continue to impress upon ... our Chinese interlocutors on this issue."

The unexpected canola conflagration comes against the backdrop of a roiling diplomatic dispute between the two countries, seemingly sparked by the arrest of Huawei executive Meng Wanzhou in Vancouver last year, at the request of American authorities.

China has strongly objected to Meng's arrest, and ratcheted up pressure on Canada to undo that move. The country has detained two Canadian businessmen alleging espionage, and now seems to be picking a fight over canola — a crop literally named after Canada.

Canola is a type of rapeseed that has a distinctive yellow flower and was invented by Canadian researchers in the 1970s. The seeds can be crushed into an edible oil, and discarded husks also make for an excellent animal feed.

Canada exports more canola than anyone else in the world. Last year, about 40 per cent of its seed exports went to China, worth roughly $2.7 billion.