Cut your cellphone bill in half? Here's how

Ready to hang up on your cellphone company? You’re not alone. Here’s how to get your problems fixed.

Marketplace investigates how to get what you want from customer service 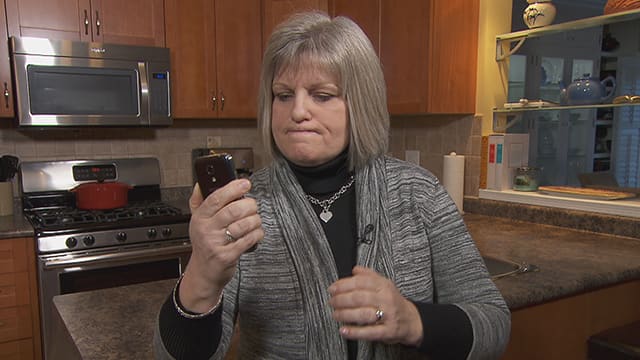 5 years agoVideo
1:41
Marketplace investigates how customers can try to get better prices on their monthly bill - with a little inside knowledge 1:41

When Nancy Hebert's phone kept shutting off randomly, that was only the beginning of her frustration.

Maria Iaci thought her monthly cellphone bill was high. But the Burnaby, B.C., resident didn't think she could do much about it, even though her relationship with the cellphone company has lasted "more than most marriages," she says.

Canadians pay some of the highest rates in the world for cellphone service, and all three major companies have raised their rates this year. But getting problems resolved with billing, equipment and service isn't always easy.

In fact, frustration with customer service has spawned its own industry, companies that will call cellphone providers to handle problems with service and billing on your behalf.

Mohammed Halabi runs Mybillsarehigh.com, which specializes in helping consumers and businesses get better deals with their telecom companies.

Marketplace investigated what people need to know before they call customer service. Halabi and a long-time customer service insider coached three consumers — including Hebert and Iaci — on what to say to the agent on the phone to get their problems resolved.

Need to haggle with your cellphone company? Here are some tips from Halabi:

Dealing with your cellphone company can be frustrating, but Halabi says it's important to stay calm and polite. "Starting the conversation screaming or with anger will almost never net a quick solution," he says.

And getting the best outcome can take some time, so call when you're not rushed and when the call centre is less likely to be really busy. Halabi suggests Friday nights.

Halabi also advises you give the agent your telephone number, and tell them to call you back in case you are disconnected.

In an ideal world, it would only take one call to fix a problem, but that's not always the case. And if you don't want to start from scratch with someone new every time, make sure you keep a record of the time, date, employee's name and number and the reference number for the call.

If there's a problem later, you can ask the company to review your initial call — Halabi says it's called "pulling the call" — to check what was actually promised to you. And having that reference number can really help.

Take notes or record your conversation if possible, and at the end of the call, ask the agent to read the notes on your file to make sure your notes match.

How to get a better deal

If you've been a loyal customer, you're probably paying more than you have to.

"There are certain trigger words," Halabi says, that can help facilitate a deal. "When you start asking about the costs of your cancellation fees, showing your interest into looking into other deals, that's the trigger right there."

Before you make the call, Halabi says read up on what plans are being offered, and check to see what you actually need, so you will know if what you're offered is really a good deal for you.

"Tell the agent, 'there are great deals out there, but what is the best that you can do for me?'" he says.

Halabi says it's possible to get a plan for 10 to 15 per cent below what you see on the website.

How to escalate: the warm transfer

Unless your problem is a simple one, Halabi says the person you first get on the phone may not be able to help.

If you're looking for a better deal on your plan, you'll probably have to escalate to someone who has the power to offer you something better, typically customer retention, loyalty department or a manager, says Halabi.

"Don't hesitate to escalate," Halabi says. "If you feel a concern is not being taken seriously by the agent, do not waste time arguing with them. Escalate it right away."

One industry term can make all the difference: the warm transfer.

A warm transfer means the agent will seek out the person to whom they are transferring you, and explain the background of your situation so you don't have to start from the beginning.

"It's really saving time," says Halabi. And it can help "avoid being mistransferred, which can be very frustrating."

Bill cut in half

While Hebert's previous attempts to get a new phone didn't work, after getting some coaching from Halabi, Hebert was able to get her phone replaced.

She spoke with more than one agent who said this wasn't possible, but after escalating the call to a manager, her persistence paid off, and Hebert got a new, working phone, at no charge.

Hebert says she feels "very happy with the outcome and relieved that I'm off the phone."

And for Iaci, after Halabi's help? Her monthly bills were cut almost in half.