Netflix for cars? Subscription services changing how people get behind the wheel

Car subscriptions are kind of like a lease; but one monthly fee covers the cost of the vehicle, maintenance, insurance and repairs. You can swap cars and pause or cancel a subscription at any time. Could actually owning a car become a thing of the past?

With set prices and an easy way to swap vehicles, this low-commitment option is making its way to Canada

Consider it Netflix for cars. There's a new model for getting behind the wheel — one aimed at attracting a consumer that's less likely to buy a vehicle and is used to customized, on-demand services.

Car subscription services are billed as a more convenient, flexible and future-proof way to accessing a vehicle than traditional leasing or financing. The model has been popping up across the U.S. and Europe, and is now making its way to Canada.

A single monthly payment usually covers the cost of the vehicle, insurance, maintenance, repairs, and roadside assistance. Most services charge a one-time initiation fee, usually ranging from $100 to $500.

To subscribe to a vehicle, users typically scroll through a catalogue of available cars via an app or website, then order the model they want based on a fixed price. Subscribers can access a car for as short as one week or as long as they want.

With many services, you can swap cars whenever you want, trading in a sedan, for instance, in favour of an SUV with extra cargo room ahead of a camping trip. And you can pause a subscription — during a vacation, for example — or cancel anytime.

"The demand is incredible. This is a solution that has been needed in the marketplace for a long time, that hasn't been provided by any other means," said Jose Puente, founder and CEO of Flexdrive, a vehicle-subscription service based in Atlanta that launched in 2014.

Flexdrive currently has 10,000 subscribers in seven U.S. cities and says it will expand to a total of 23 by year's end. It also aims to enter the Canadian market by the end of 2018, with plans to be in 15 cities in Europe within two years.

Others too, have been quick to hop onto the subscription model, from U.S. companies like Carma Car, Clutch and Mobiliti, to major automakers like Volvo, Porsche, Hyundai, Ford and Cadillac.

Fred Mitchell, who lives in the Atlanta area, is a one of Flexdrive's original subscribers. Since becoming a subscriber four years ago, he's driven 18 different vehicles.

Mitchell is paying $325 US per week for his current ride: a late model, cherry red Cadillac.

That may sound expensive but it's a luxury vehicle, and Mitchell says he appreciates not having to make a long-term commitment. Some car subscriptions start as low as $400 per month.

"People think I own these cars; I don't own any of these cars. I'm just doing a subscription," he said.

"It's like Netflix, you know. You're paying this monthly subscription and you can just end it whenever you want. [Car subscriptions] are the same thing — so convenient."

Car makers have to respond to a younger generation that may be less interested in buying a car, he said, as well as to changes in overall consumer tastes.

Auto One, a leasing and used car dealer with locations in Toronto, Vancouver and Halifax, just launched its car-subscription service this month.

It's one of the few currently available in Canada.

Rozmin Patel, the company's senior vice-president, said Auto One was looking for a way to reach new customers who don't seem to be as interested in buying or leasing a vehicle.

"I'm not touching the younger crowd [with sales and leasing] at all — just because they can't think about commitment," she said. "To them, three years is a lifetime. They just don't seem to want to commit to anything that long. So [a subscription service] was more about appealing to them."

What's more, she said, is that many older Canadians have expressed interest in the service. "One of the things I was surprised about was how many inquiries we got from snowbirds."

AutoOne's subscription service has a $175 initiation fee, and prices start at $540 per month, for an Acura with an 800 kilometre per month limit.

While that price tag includes maintenance, repairs, and roadside assistance, unlike U.S.-based services, it doesn't include insurance.

"When we first started planning, we wanted to include insurance. We ran into a lot of road blocks with the provincial governments in all three provinces, mainly because insurance is restricted by who can sell it," said Patel.

And Cadillac plans to offer a service in Canada by the middle of next year.

"In many ways, we're transitioning to a world of impermanence. It certainly started with media and music, specifically, where people just didn't feel a need to own tangible CDs," said Hoss Hassani, managing director of Cadillac Canada.

"So it's this desire to have that on-demand culture that meets your needs, that goes where you go."

Beyond catering to changing consumer tastes, Hassani said Cadillac's service in the U.S. — called Book by Cadillac — has brought new customers to the brand. He expects the same will be true when Book by Cadillac rolls into Canada, possibly next summer.

"This program is very much designed to reach a new customer with a new service," said Hassani. "If we're just converting a customer from a traditional lease or finance or cash deal, then we're not really growing or expanding our reach."

While the upfront costs may be lower, the monthly payments are often higher than those on a lease or through financing. In the long run, it's probably going to be cheaper to pay off an owned vehicle, especially if driving it into the ground.

And there will inevitably be people who simply don't like the concept of driving a car that isn't their own.

"I think there are a lot of people in the world — particularly in the U.S. — that are attached to having a car," said Puente. "And it's going to be hard to rip them away from it." 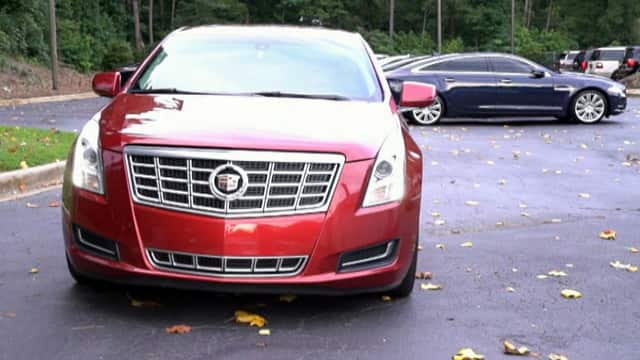 How car subscriptions are different from leases and car-shares

3 years agoVideo
5:00
The National looks at car subscription services, and how the business model differs from leases and car-shares. Automakers believe it caters to a younger, more urban demographic which, compared to previous generations, has been far less likely to buy a car. 5:00