Bank of Canada governor Mark Carney says he wants to reform global financial rules to ensure that no banks can become large enough that they'd threaten the global economy. 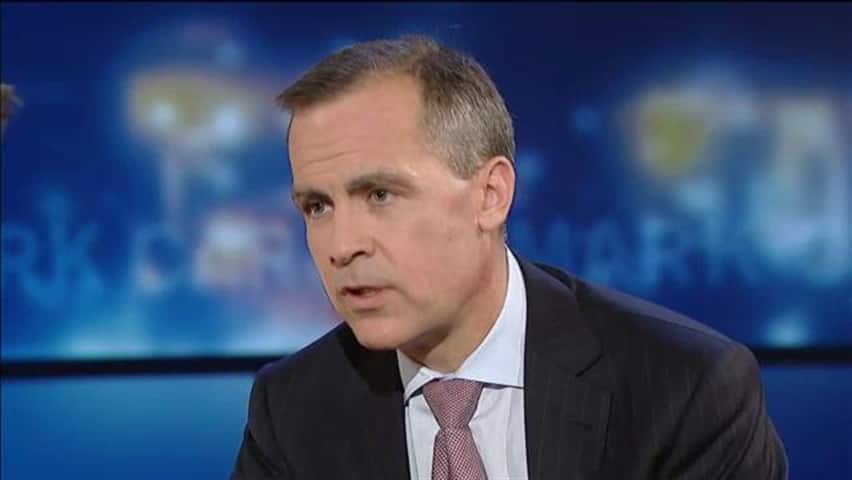 9 years ago
10:18
Mark Carney says Canadian banks may lend less as they unwind their European exposure 10:18

Bank of Canada governor Mark Carney says he wants to reform global financial rules to ensure that no banks can become large enough that they'd threaten the global economy.

"I'm saying no bailouts," Carney told the CBC's George Stroumboulopoulos in a recent interview. "The objective [is] ending 'too big to fail'."

Carney was recently named head of the Financial Stability Board, a recently formed international agency with a mandate to oversee the international financial system. In the interview, he says the goal is to bring global rules closer to Canada's model.

"We're going to change the rules so the system as a whole is more resilient," he said. "If a big global bank fails, the system goes on. [Just] that company goes away.

Some of the rules will be changes to capital ratios. The ultimate goal, Carney says, is to ensure that the financial system works like any other industry. "If you succeed you get rewarded but if you fail, you fail and the rest of the economy goes on," he said.

While he says the U.S. decision to bail out a number of banks in 2008 was "absolutely" the right decision at the time, he doesn't want to see a repeat.

"If you make a mistake, you go out of business," he said.