An Ontario company that can ship cargo into remote areas with a solar-powered aircraft has taken advantage of a government innovation program to land its first sale. 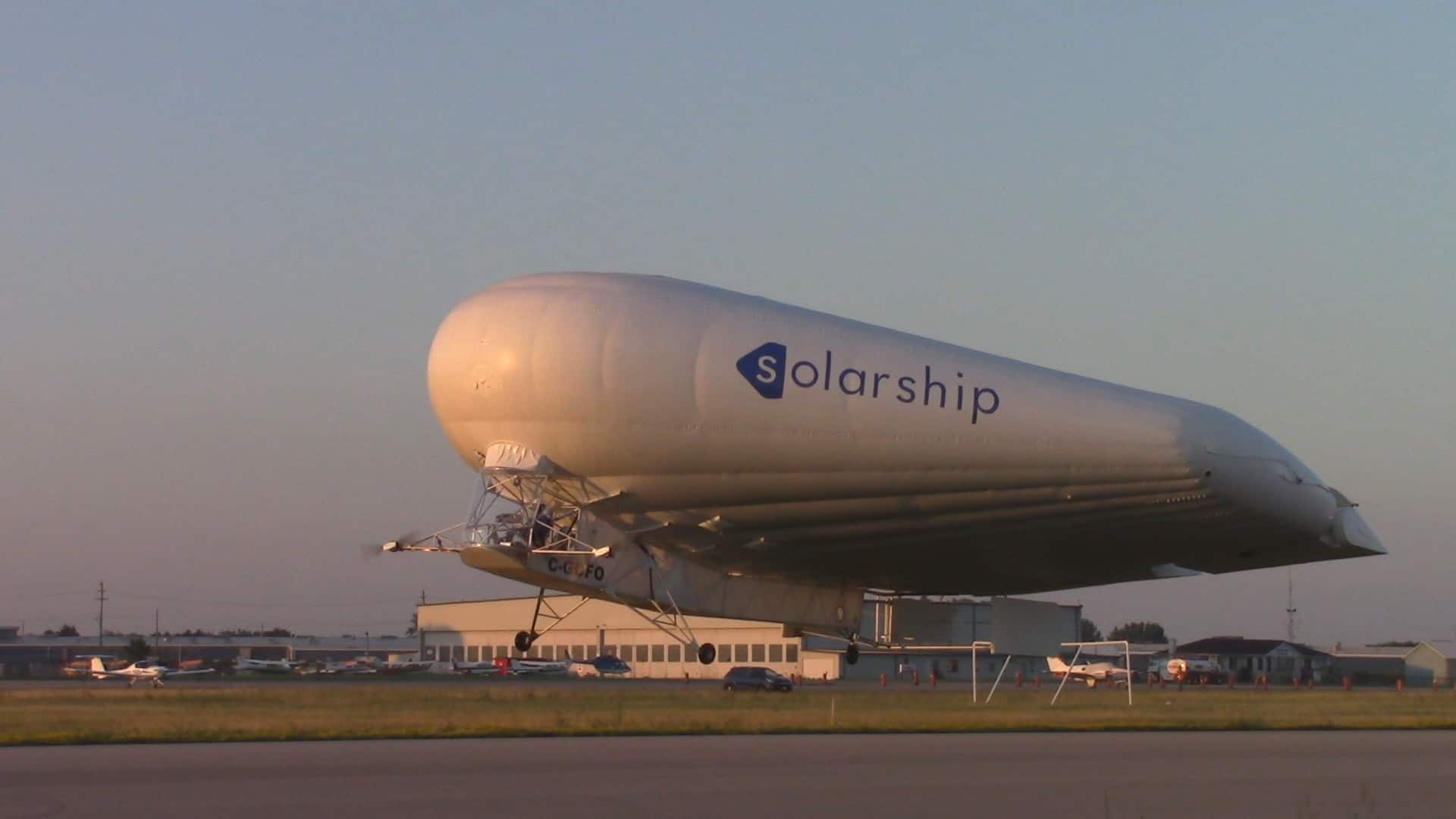 4 years ago
0:11
A Solar Ship test flight was captured on video by a company employee 0:11

A small company in Brantford, Ont., has developed a flying machine like you've never seen before. Half bush plane, half blimp — with helium in its wings — the aerial vehicle uses a mix of energy: solar power, batteries and a bush plane engine.

"This is fat and slow but it gets a lot of lift and it gets off the ground almost immediately," says Solar Ship CEO and co-founder Jay Godsall.

"That means you can go into really tight spaces which are inaccessible to the bush plane, and the helicopter is wildly expensive."

The product is intended for use in hard-to-reach places such as Canada's far North or areas in Africa with no roads, let alone landing strips. Godsall says one of its best uses will be disaster relief.

Then last week Hurricane Matthew killed hundreds of people in Haiti, the poorest country in the Americas.

The company plans four models with wingspans ranging from 11 metres to 100 metres, wider than a Boeing 747. The largest is capable of carrying 30,000 kilograms of cargo and can take off and set down without a landing strip. Godsall says an area the size of a soccer field is all it needs.

"So think critical cargo, tight space, unprepared area," he explains. "Soccer fields are all over the place."

The company's first big sale is to Manaf Freighters of Burundi, a transport company that delivers food, clothing and medical supplies to remote areas in eastern and central Africa.

The idea came to Godsall almost 30 years ago, when he had a lawn-mowing business that he hoped to expand.

His high school friend Michel Rugema, the son of a diplomat from Burundi, suggested Godsall might be able to do lawn maintenance at the country's embassy. At an embassy lunch, during an argument about whether Canada or Africa presented the greatest transportation challenges, that inspiration struck.

Godsall's family was in the aviation business, and he says that discussion made him realize that there was a need for a completely new mode of aircraft, one that wouldn't depend on a lot of infrastructure. But it wasn't until 2006 that he set up Solar Ship as a company.

The project has been helped along by a little-known Build in Canada Innovation Program. Inventors who have products or services the federal government wants can apply to be matched with a department that will use the product.

"Government is a very large organization and we do a lot of things; we buy pretty much anything you can think of, we clothe populations, we run laboratories, we run office buildings we have tons of administrative processes," says Chris Baird, director of the BCIP.

Baird points out that many innovations have a tough time making the leap from the drawing board to the marketplace.

"Many technologies and companies have died at that space despite the fact that they might have been successful in concept," Baird explains. "But they really didn't have that first customer, that market pull to bring the innovation to fruition."

The Build in Canada program connected Solar Ship with the Royal Canadian Air Force, which is evaluating the Solar Ship. The credibility and reputation of the RCAF played a part in Manaf's decision to purchase four Solar Ships.

"Manaf gave us a conditional agreement in 2010," says Godsall. "They wanted to know, 'Do you have lift? How much power and how much cost? And is it under control?' That third factor, control, is what BCIP gave us as a contract. We'll prove that with the RCAF."

Solar Ship employs 50 people, including some Brantford workers who had been laid off from a raincoat manufacturer.

Canada has never been short of ideas or startups, Baird says. The challenge has always been in building thriving companies.

He says the program intends to boost many other ventures such as Solar Ship.