U.S. authorities are on the hunt for a Canadian man described as the mastermind behind one of the largest international penny stock frauds in history. 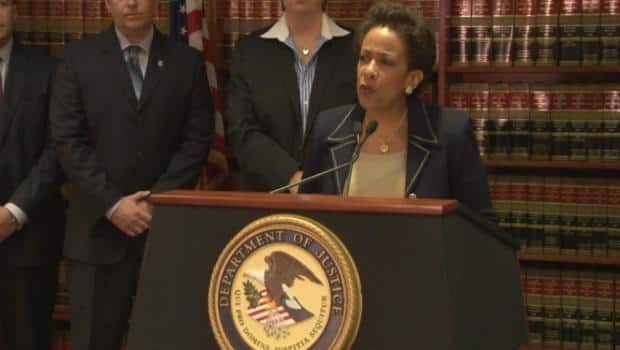 U.S. authorities are on the hunt for a Canadian man described as the mastermind behind one of the largest international penny stock frauds in history.

Sandy Winick, formerly of Stoney Creek, Ont., is believed to be hiding in Thailand. He is one of nine people charged in connection with the $140-million scheme that bilked investors over several years from North America to Europe to Asia.

A U.S. indictment against Winick came a week after the Ontario Securities Commission ruled that he had committed unregistered trading and securities fraud involving two fictitious companies said to have "no legitimate business."

Shares from both shell companies had been sold via telephone to international investors through Denver Gardner Inc., a fake investment bank.

U.S. authorities say they uncovered a scheme, involving penny stock sold through call centres, that was orchestrated by four Canadians and carried out with the help of five Americans. Seven of the nine have been arrested.

"Where others looked at the globe and saw citizens of the world, Winick and his co-conspirators saw only potential marks," said Loretta Lynch, U.S. attorney for New York..

One of the Canadians — Gregory Ellis, 46 — was arrested in Toronto, and another Kolt Curry, 38, was among six suspects arrested in the U.S. The U.S. is seeking extradition of Ellis from Canada to face charges there.

If you were an investor in one of these companies, or know any of the accused, please contact CBC's Jeremy McDonald at jeremy.mcdonald@cbc.ca.

But two other Canadians are being sought, including Winick, who "orchestrated" the schemes and had lived in Canada, the U.S., China, Thailand and Vietnam.

"Sandy Winick is currently in Thailand, and in his own words, attempting to hide from U.S. authorities," Lynch said.

A joint investigation by the Department of Justice, the FBI and the RCMP used wiretaps and video surveillance to uncover the so-called pump and dump scheme.

OSC had ruled on Sandy Winick

An adjudicator with the Ontario Securities Commission (OSC) ruled Aug. 8 that Sandy Winick had committed unregistered trading and securities fraud between June 2009 and late 2010.

In his decision, the OSC's James D. Carnwath ruled that Winick had been the "direction mind and management" of BFM Industries Inc. and Liquid Gold International Inc., both "entirely fraudulent" companies.

Shares from both shell companies, Carnwath wrote, had been sold via telephone to international investors through Denver Gardner, Inc., a fake investment bank.

"I accept that Denver Gardner is a fictitious entity created by Winick to mislead investors," the ruling stated. "Winick used Denver Gardner to sell shares of Liquid Gold, an inactive company, to the public, which is a dishonest course of conduct that was detrimental to the economic interests of investors."

According to the indictment filed in court, the defendants worked from throwaway cellphones and from call centres in Thailand and Canada.

Penny stocks are lightly traded and can easily be manipulated through sales pitches to investors and false rumours posted on message boards. Most trade over-the-counter, rather than on major exchanges.

The indictment alleges that the nine people involved in the scheme promoted the stocks through phone calls, artificially inflating their value by promoting them in fictitious emails, social media messages and news releases.

"They acquired interest in these target stocks for a nominal cost and promoted them through a variety of means," according to FBI agent April Brooks.

Sometimes they would hit their victims a second time, helping them offload the worthless stocks or join lawsuits to reclaim their losses for an advance fee.

It is alleged that Gregory Curry helped manage the call centres in Canada, Vietnam and Thailand, working with his son. The pair prepared letters and email accounts to promote the con, the indictment filed in New York Tuesday, said.

The fraudulent sales campaign generated more than $140 million in investments by tens of thousands of people from the United States, Canada and 33 other countries, authorities said. The list of victims includes several hundred Canadians.